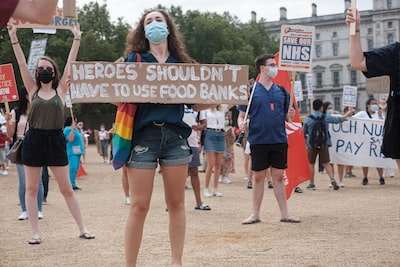 Composer Marty O’Donnell, former audio director of Bungie, was found in contempt of court for his continued use of Destiny’s assets, including downloading song clips online long after he left the company. According to SamaGame, such use violated the terms of a previous lawsuit.

O’Donnell was a veteran member of Bungie and responsible for Halo’s iconic score. But in 2014, he tweeted that he had been fired “without cause”. While still working on Destiny, Activision had stepped in with their own music for the game’s E3 trailer, and Bungie then put aside Music of the Spheres, the ambitious musical companion O’Donnell and his partner Michael Salvatori composed with the former Beatle, Paul McCartney. In a subsequent lawsuit, which O’Donnell won, he was ordered to return “all the material” from Destiny and Music of the Spheres, not just the final scores, but every version, component. and variation.

However, in 2019, O’Donnell began uploading music versions of Destiny and Music of the Spheres to his YouTube channel and Bandcamp, sparking this latest legal feud. According to SamaGame, a motion from Bungie reads: “Mr. O’Donnell’s very possession of these documents proves that he did not comply with the order to return ‘all material’ to Bungie. Earlier this summer, a judge agreed that O’Donnell’s action violated the previous injunction and ruled in favor of Bungie.

O’Donnell was asked to remove all relevant material from the internet and post on his Twitter, YouTube, Bandcamp and Soundcloud explaining that he did not have the authority to provide such music or material. In addition, O’Donnell was to tell anyone who downloaded the assets to refrain from sharing them and destroy any copies.

As part of the ruling, O’Donnell was ordered to return all the money he received and pay Bungie’s legal fees. O’Donnell’s legal team are said to be arguing over the nearly $ 100,000 that Bungie is demanding.

In early June of this year, a month before the decision was made, O’Donnell tweeted that he was considering retiring from the gaming industry in a deleted tweet, and added that he would be “Forced to close this soon.” When asked why, he replied, “Ask Pete Parsons,” referring to the CEO of Bungie. The next day, O’Donnell tweeted the Bandcamp for their Golem soundtrack, adding, “Please consider purchasing this soundtrack. The money will help me with my huge legal bills.

Despite his earlier claims, the composer did not delete his Twitter account, but instead tweeted over the past few weeks about his work on Halo.