[HOT] : Fortnite and the metaverse: when the virtual takes hold of the real 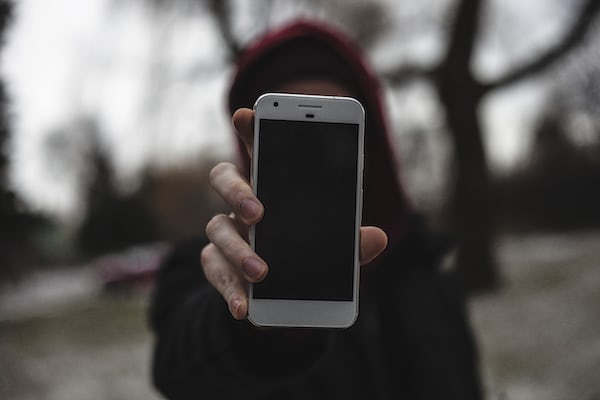 [HOT] : Fortnite and the metaverse: when the virtual takes hold of the real

After the virtual concerts, Fortnite is embarking on history lessons… From now on, users of the famous video game can attend Martin Luther King Jr’s emblematic speech “I have dream”, as part of “March Through Time“, a collaboration between “Fortnite” and Time magazine. With this new initiative, online gaming takes a new step towards the metaverse, the “future Holy Grail of social interactions,” according to Mark Zuckerberg.

the concept is on the lips of tech specialists. From the 1990s science fiction, the “metaverse” is supposed to operate the junction between the real and virtual worlds.

Concretely, it would be a digital world where it would be possible to lead a parallel life … without leaving home.

Tim Sweeney went to great lengths to present Fortnite as a “Social experience”, in particular during the lawsuit that his company brought to Apple at the beginning of the year about the commissions that the manufacturer of the iPhone takes from the developers of applications.

The ambition of Epic Games is therefore quite clear: transform the video game into a real platform able to reproduce real social activities in the virtual world.

With its interplanetary success (more than 350 million users at the height of containment), Fortnite is trying to diversify its offer.

The health crisis has particularly reinforced the “Metaverse strategy” video games and encouraged gamers to agree to participate in real life events, such as hosting the Travis Scott concert on April 24, 2020, which brought together over 12.3 million live users and just under 28 million in all.

Faced with the success of the operation, Fortnite launched in September of the same year the “Royal Party” mode where, as Epic Games explained when it was released, “everything is done to allow you to have a good time with friends, totally at the calm”. The broadcast of Martin Luther King Jr’s famous speech is only the logical continuation of a well-defined project.

Apple: Steve Wozniak, co-founder of Apple brand, launches a space start-up that “looks like no other”

“The sky is no longer a limit,” Privateer Space said at the end of its presentation video. This new space company has vowed to unveil its upcoming projects this week

Steve Wozniak announced on Monday the birth of his company called Privateer Space. The Apple co-founder described it on Twitter as “a private space company getting started” and “unlike any other,” reports Phonandroid. The 71-year-old computer scientist has teamed up with Alex Fielding, creator of the Ripcord interface, we learn in the text accompanying the presentation video uploaded to YouTube.

The aim of Privateer Space is to “work to keep space safe and accessible to all of humanity”. The company has promised to reveal more details on its activities and future projects “to a private audience at AMOS Tech 2021”, a conference organized in Hawaii (United States) on the theme of the space domain from September 14 to 17. The clip emphasizes the preservation of the environment.

“Together, we will go far”

The images chosen show the great moments in the history of the conquest of space but also of natural disasters resulting from climate change. “Together, we will go far, ensures the voice over of the video. We will take care of each other and solve problems together ”. Privateer Space believes that space exploration is neither “a race” nor “a competition”.

The company invites viewers of the video to see themselves as “a planet” and not as “a person, a company, a nation” and no longer see the sky as a limit. “Let’s take care of what we have so the next generation can be better together,” adds the voiceover. On its website, Privateer Space explains that it is “in a stealth configuration”. The sector of activity of the newcomer is however highly competitive since one already finds there among others the companies of Jeff Bezos, Elon Musk or Richard Branson.

Epic Games has just announced the new competition features on Fortnite Battle Royale for this Season 8 of Chapter 2.

“Hello to the entire competitive Fortnite community!
The FNCS wrapped up last weekend, concluding the competitive season of Chapter 2 – Season 7. Congratulations to all the FNCS Champions! Proudly wear the Ax of Champions in the coming season.

We will be running an Arena preseason again in Season 8. We will be monitoring new items and functions, and re-evaluating items that already exist that may return in competition loot. The Season 7 Arena Achievement will not reset until September 28. So that players can test and play with the season changes, we are also adding a pre-season warm-up tournament, which will simulate an FNCS qualifier and will take place on the weekend of September 24-26.

If we had made few changes for the FNCS for Season 7, this will not be the case for Season 8. There will only be two qualifiers this time around, followed by a week of competition which will include the semi-final and the final. Let’s see this in detail.
Note: The dates for the Middle East will be one day earlier than the dates shown here.

We have reduced the number of qualifiers and increased the number of teams that directly qualify for the final. Now the top 5 teams (instead of 3 previously) of each qualification will advance to the semi-final to go straight to the FNCS final.

For us this is an important change, as there is clearly a drop in the scores on the qualifying standings from the fifth team. By reducing the number of qualifiers, we also allow the best teams that qualify directly for the final not to miss out on the best of the competition for too long. A shorter FNCS season is also needed to make room for year-end FNCS events and other tournaments.

The FNCS semi-final will also be a little different this season. We have analyzed the return heats from previous seasons and are very happy with how they went in regions which have played six games due to team breakups. Getting a Victory Royale in any part of a tournament is a big hit in Fortnite. We want there to be more Victory Royale action this season!

From now on, we will only take the best 66 teams (instead of 99) in streak points (2 streaks) for each region. Four games will take place on day 1 for each series. The top four teams from each heat at the end of day 1 will advance to the finals. The other teams in each series will be placed in day 2 series based on their performance.

Day 2 of the semi-final will work the same as the return heats from previous seasons. There will be 6 games for each series (12 in total). The winners of each game will advance to the final.

During the semifinals, all participating teams have a chance to win! The map and important locations being contested will dynamically increase with each team qualifying after each game, creating a natural crescendo for players and fans alike. Decisions on when teams start the game will be more important for this new semi-final.

The FNCS final will remain the same as for all this year, with one small modification. It will always be two days of competition with 6 games each. At the end of day 2, the best team will win the FNCS. However, unlike past FNCS finals, the top three teams from each region will not automatically advance to the next FNCS finals. A new year means a new beginning for everyone.

The amount involved will be the same as that in Chapter 2 – Season 7. Here is how the $ 3 million will be distributed among the regions.

Mark this date in your calendar! The $ 5 million FNCS Grand Royale will take place over two weeks starting November 12, just 2 weeks after the Season 8 FNCS Finals. Any eligible player who has participated in a round of the FNCS in a single salon (round 4 of an FNCS qualification, semi-final or final) this year may create a trio for the event. We’ll let you know more about the rules and format later in the season, in an article posted on this site.

Likewise, we want to add a Fill option for the Arena during Season 8, although we don’t have an add date yet. We will keep you posted on the implementation of this system.

The rhythm of the Cash Cups and Temporary Mode Tournaments will remain the same in Season 8. The Trio Cash Cups and Trio Success Cups will take place on Monday, the Duo Success Cups on Friday and the Solo Cash Cups. on Sundays, with temporary fashion tournaments scattered all over the place. DreamHack Extra Cash Cups are scheduled for October 6, November 3, and December 1. The schedule for Season 8 is tight, and the DreamHack Europe & North America – East online tournament is scheduled for October 7-10. You can find more information about this event on the DreamHack website at a later date.

After the FNCS final, console players will have a chance to win a portion of the $ 250,000 up for grabs for the Champions Cup on console from November 5-7. The cup will take place exactly as in the previous two seasons.

In addition to the Console Champions Cup, we will be hosting a console-only tournament where players can compete against each other on the same console. We will share more information on this topic at a later date.

We have other things planned, like a new set of Cups to Win Outfits, but we’re not ready to talk about that just yet. Just expect a busy schedule for this competitive season! We will let you know as soon as we have more details to share.

Thanks to you, this competitive season has been one of the best, so thank you! We can’t wait to see you play in Chapter 2 – Season 8! ”