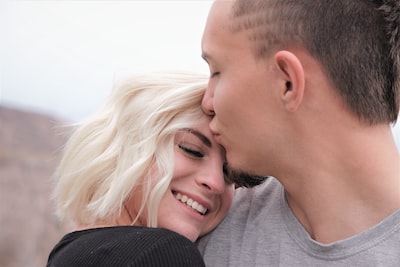 The metaverse, this virtual world dreamed of by the tech giants, is underway. Video game platforms, like Fortnite and Roblox, already offer immersive experiences to their young audiences. But beware of drifts.

If you are unfamiliar with the Metaverse, you will soon be. Facebook has just announced that it will hire 10,000 people within five years in the European Union to work in this parallel world. American society, along with other tech giants, sees this sort of digital backbone of the physical world as the future of the Internet. Video game creators have been working on this concept for a long time. And some are already appealing to a large – and young – audience.

The metaverse is a term coined by Neal Stephenson in the novel The Virtual Samurai, published in 1992. It designates a future version of the Internet where persistent virtual spaces will be accessible via a 3D universe. Clearly, it will ultimately be an immersive universe that will continue to evolve in your absence and where you can interact with people on the other side of the planet as if they were next to you.

“This is the new frontier of the internet, the new chapter, a revolution as great as the mobile internet”, estimated this Monday on franceinfo Laurent Solly, vice-president of Facebook in charge of Southern Europe and CEO of the group in France. The metaverse is even considered by Mark Zuckerberg, the boss of Facebook, as “the holy grail of social interactions”.

If the metaverse is still in its infancy, some video game players have already scented the right vein. Like Epic Games, the company behind the famous Battle Royale game, Fortnite. Originally, the game was best known for its free-to-play multiplayer mode, which involves shooting opponents in order to survive.

But the success of Fortnite has been such (350 million players registered in May 2020) that Epic Games has decided to develop the universe of the game, to the point of transforming it into a real social network. The studio even indicated that part of the billion dollars raised this year from institutional investors, including Sony, would be devoted to the metaverse.

It must be said that the first metaverse experiences offered on Fortnite were a success. At the end of April 2020, in full confinement, nearly 28 million people attended the five virtual concerts given by the avatar of rapper Travis Scott on the online game. A few months later, Ariana Grande’s virtual performance attracted 78 million spectators. Soon, the French Aya Nakamura will participate in an event on Fornite with other artists.

The beginnings of the metaverse in Fornite didn’t end with just listening to music. In May 2020, a trailer for the film Tenet, by Christopher Nolan, premiered on the big screen at Fortnite’s “Royal Party”. Since then, several films by the director have been shown there. The opportunity to make a web with someone who lives far from home in “real” life.

Roblox steals the show from Fortnite

But it’s not just Fortnite that has taken advantage of the rise of the metaverse. Roblox, a video game platform created in the 2000s, has nothing to envy him. It accumulated last year 115 million monthly active users in the world, against less than 30 for Fortnite.

Praised by the youngest (half of the players are under 12), Roblox hosts millions of games that you can play for free with your avatar. Most are referred to as “sandboxes”, since they don’t really have a purpose. The most popular, called “AdoptMe!” thus consists in caring for and exchanging pets.

Roblox is not limited to a game catalog but also offers a simplified social network. A few months after Travis Scott’s concert on Fortnite, the platform hosted rapper Lil Nas X for a similar show. It has been viewed by over 30 million people.

But by offering such events, Epic Games and Roblox have an idea behind their heads. The two developers derive part of their income from micro-transactions carried out by players. By purchasing V-bucks or Robux (virtual currencies), users can personalize their avatars, in other words their digital double. A practice which brought in a billion dollars to Epic Games in the space of two years according to Le Monde.

The brands have understood this enthusiasm and its financial interest. On Roblox, a collaboration with Vans allows players to buy virtual accessories of the brand. In July, a Gucci handbag made of pixels had sold for more than $ 4,000 on the platform, more than its price in the real world.

Young followers of Roblox or Fortnite are not only exposed to mercantile drifts. These play areas are so large that they are very difficult to moderate and sometimes contain inappropriate content. According to Wired, some games on Roblox thus offer to embody a soldier n ** i or reconstruct the massacre of the Christchurch mosque.

By gradually approaching the metaverse, Roblox or Fortnite are becoming platforms where it is increasingly easy to spend hours. The average time spent each day on Roblox would be 156 minutes on average, compared to less than an hour on TikTok. Should we fear that children will isolate themselves more as the metaverse develops? “For the individual, the metaverse will create an extension of the virtual self. The whole question will then be to find harmony between our different identities ”, argues the anthropologist F *** y Parise, interviewed by Liberation.