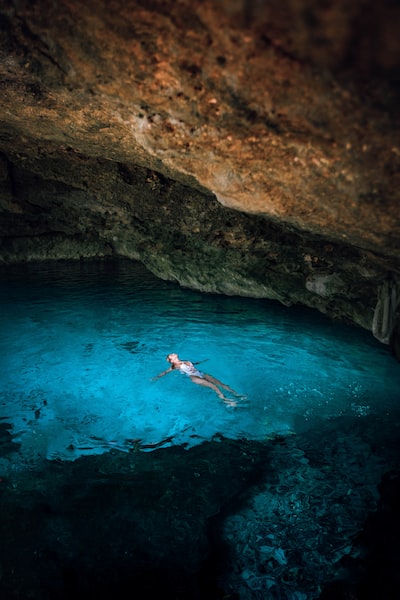 [HOT] : Forza Horizon 5 review: driving in Mexico has never been so enjoyable

[HOT] : Forza Horizon 5 review: driving in Mexico has never been so enjoyable

After three years of waiting, Playgrounds Games is offering an early Christmas present to its fans with this new installment of Forza Horizon.

It was eagerly awaited by fans of the franchise, and if many big game launches have disappointed in recent weeks, the video game world can be reassured, Forza Horizon 5 is a success. Three years after the release of the fourth installment of the saga, racing simulation fans were waiting at the turn of Playground Games. The studio, sure of himself, had made an announcement with great fanfare during the last edition of E3, enough to reassure the most skeptical about the quality of the game.

This new opus, released on November 9, plunges us into a festive atmosphere, in the heart of Mexico, which players can enjoy on Xbox and PC. At the launch of the game, the reflexes quickly return for connoisseurs of the license, who will not be lost in these new settings. For newbies, it is easy to take your marks. The game is intuitive, and the first scene with the now legendary drop from the plane allows you to understand the basic mechanics, and thus have the first sensations on the game. Once the first cutscenes have passed, the player finds himself in a vast open world dotted with missions and other races of all kinds. Everyone is then free to build the story they want.

A game without comparison

Forza Horizon is quite different on this point from Forza Motorsport, simulations much more arcade and close to the real world of motor racing. In Horizon, we quickly find ourselves at the controls of overpowered cars, able to cross the map in a few minutes thanks to the large highway that crosses it.

As far as the card is concerned; the latter is quite large. About 50% more than on the last opus. On this large playground, the studios were able to develop several atmospheres in the four corners of the map. The Northwest is thus quite arid with dunes and other rocks dotting the seaside.

This first environment comes to an end when we arrive on the volcano which marks the boundary with the northeastern part of the map. Already much more wooded, without being a real jungle, which occupies the southern end of the map. The entire east coast is bordered by beaches that it will be possible to walk along in one of the first missions. Finally, the Southwest is much more humid. It allows you to leave the jungle by going up different streams until you reach their mouths.

A festival divided into 6 to test all the pilots

As in all Forza Horizon games, this is about a festival bringing together the best pilots on the planet. As you advance in the game, the challenges and the various trials become more complex to make you the best pilot there is. Players will be delighted to discover a much more complete Festival mode than on the old editions of the license. The latter is also closely linked to the story mode of this new opus. The game requires good progress on both fronts to go to the end of the adventure. In the end, the Festival is divided into six main parts, which thus divide the map.

In addition to Horizon Mexico which is the first unlocked part of the game, it is possible to go to Apex, along the beaches of the East Coast. The game then takes us to Horizon Wilds, in search of the Mayan pyramids in the dense Mexican jungle. This part full of history is quite different from the rest of the map, the jungle requires more agility behind the wheel and it is better to prefer off-road vehicles to big cars unable to get by on the ground.

Finally, the players arrive in “the second part” of the game with Baja. The races take place all along the west coast, and the opponents here are a cut above. You may have to go twice to complete all the missions. Then going up north, the player arrives on Horizon Rush. This part is really different from the others; it is not a question of races here, but more spectacular events such as stunt or drift competitions. What to show all his piloting skills.

Repeat your ranges before big races

Finally, the last part of the Festival, Street Scence. As its name suggests, the latter gives pride of place to street racing. You don’t necessarily have to be the one who presses the accelerator the hardest to win here. Note that the small streets are quite tight and it can be very complicated to overtake without causing confusion in the middle of the race, so you have to know how to be patient and jump on the few opportunities that arise.

In the end, it will be necessary to succeed in being a more than complete pilot to complete the events available in these six festivals. The game is well thought out enough that one driving style doesn’t take precedence over the other. It requires technique, but also agility and some knowledge of trajectories, in addition to the sheer speed offered by the cars you will take control of.

If this festival allows you to discover the map, we can blame Playgrounds Games for having incorporated some not really necessary cutscenes, or even really basic and repetitive missions such as taking pictures, going from point A to point B in a time limit. Finally, only the exploration missions come to shake up the routine, but these are clearly not numerous enough in the game and the feeling of “going in circles” can happen very quickly.

Horizon Arcade and Open: when multiplayer comes to the party

In addition to this really rich solo adventure, Forza is offering a major novelty this year. The arrival of a multiplayer mode: Horizon Arcade. The latter offers access to a series of challenges of all kinds. These races and other competitions are to be carried out together, with online friends, but also strangers encountered on the Map.

The goal for PlayGrounds Games is to make multiplayer mode more accessible on this new opus. The studio also owns temporary events with Horizon Open, a mode that allows you to break down the dynamics in place and revive interest in your game by offering different events. These are quite interesting, because they allow you to unlock vehicles or exclusive items, which gives them a certain appeal.

On the whole, these challenges are quite within everyone’s reach. The game was criticized three years ago, which was too complicated to operate according to some. This new opus makes the choice of simplicity, everyone can, with a little practice and patience sometimes, finish the story without encountering great difficulties. Some driving experts will say it’s getting too easy, we don’t think so. The game is certainly simpler, but some missions still require a lot of technique to be completed, plus the different levels of difficulty are fairly well distributed, which allows for more or less tough adversity.

Graphics: the real plus of the game?

This year with this new title, Playgrounds Games offers two different configurations for Forza Horizon. The first, called “quality mode” is capable of offering images in 4K with 30 FPS. Enough to have a magnificent and fluid game, which allows us to easily get into it and travel from our sofa. This first mode is the most used today by gamers who praise its rock-solid reliability.

But this year, Forza Horizon 5 has another configuration for the game: the “performance” mode. The latter is supposed to bring players to new graphics and fluidity. If 4K is still the norm, Playgrounds Games promises 60 FPS. This is very good news for players, who will therefore benefit from an even more immersive experience. At least on paper. Because in reality Forza struggles to offer a simulation as good with 60 FPS as with 30. The game is much poorer, especially if you take your eyes off the road for a few moments. The environment is difficult to display, and if the latest updates have partially corrected this problem, the difference between the two configurations is still too fine in our eyes.

But ultimately, one of the game’s biggest flaws, and you don’t need the performance mode to realize it, is the regrettable lack of interaction with the AI. While strolling on Mexican roads, we find ourselves (too) quickly alone in the world. Crossing a PNG car becomes a real challenge for players as they are rare on the map. All too often it gives the impression of being alone in a post-apocalyptic world, and even crossing the map with the main highway, it is difficult to meet fellow travelers. Even the heart of cities, normally full of traffic, is depopulated here. A truly damaging absence, which completely distorts the experience. The game loses its realism in this world without cars.