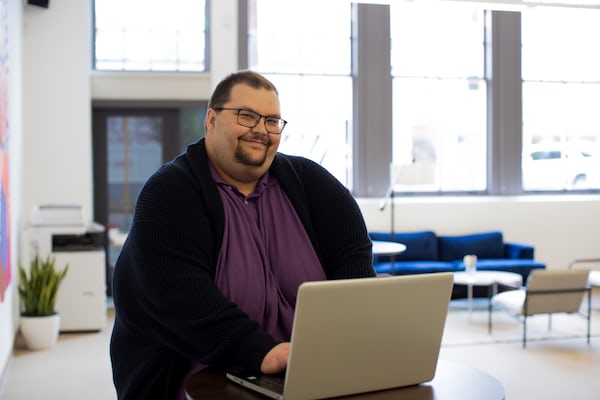 Nate Fox and Jason Connell of Sucker Punch answered many recurring questions on the PlayStation Blog.

The State of Play has taught us a lot about the gameplay, combat and movement mechanics of Ghost of Tsushima. But for those who would like to know more, Nate Fox and Jason Connell of Sucker Punch answered several recurring questions on the PlayStation Blog.

They thus evoke several things that we will be able to do, such as playing the flute, using a bow, enjoy dynamic weather and a day / night cycle, choose between three difficulty modes, select your horse at the start of the adventure… But they also talk about what there will not be: swimming, a karma system, or fighting with a sword in each hand. We are also entitled to comments on the service life, which will represent “tens of hours”, especially for those who like to roam, as well as on the side quests. Last point: there will be no alternate endings, however you approach the experience.

Are there other types of weapons besides the saber, such as axes or spears?

Jason Connell: Jin inherited his father’s katana, and he’s been with him from start to finish. Jin is a samurai. His saber is his main weapon to face the invader. The Sakai blade will evolve with Jin throughout his adventure.

As Jin grows into the formidable samurai warrior nicknamed the Phantom, he will develop skills and techniques. He will learn to use a bow to take out enemies from a distance, and to throw kunai and smoke bombs at shorter ranges. We don’t want to reveal all of these abilities before the game is released. We prefer to let players experience them.

I saw an animation of Jin playing the flute. Is this something you can do when traveling?

Nate Fox: You can play the flute at any time. It is the ideal way to enjoy a moment of calm while admiring the landscape.

How did you come up with the idea of ​​using the wind to guide us? It’s quirky and beautiful, but it couldn’t have been easy to do.

Jason: Luckily for us, one of the first ideas of the art department was to incorporate wind and the feeling of movement wherever possible. There were both historical and cinematographic references. After two years of production, the game was visually impressive and we wanted to find a way to enhance the player’s immersion in this world. Since we had followed our first ideas and the wind was visually stunning, we tried to use it to lead the player to various places. And it worked!

Since then, we have refined and developed the system to let you not only reach your next destination, but also explore the map and find hidden objects.

Does the choice to fight like a samurai or like a ninja / ghost have any consequences? Is there a system of karma based on good and evil?

Nate: There is no karma system. We tell a unique story, the epic of Jin.

When it comes to player choices, don’t expect decisive branches. On the other hand, you will have the freedom to approach each confrontation in your own way and to wear personalized armor, made up of various elements that you have chosen. Your actions are also not limited by your armor. You may have noticed that the “Confrontation” message also appeared in the Phantom part. You can also use smoke bombs while wearing samurai armor. As we showed in State of Play, the shipyard scenario can play out very differently depending on how you approach the situation.

Jin is initially a samurai, trained to fight with a sword. As he develops other skills, he becomes the Phantom, but does not lose any of his melee abilities. The story tells of Jin’s transformation into a new kind of warrior, ready to use any means to save his own. Whatever means of attack you choose, frontal or stealth, the legend of the Phantom will be written.

Will there be day / night cycles and dynamic weather?

Jason: Twice yes. The weather conditions for your Tsushima adventure will change dynamically. Some are linked to specific regions, in order to reinforce their character and atmosphere, while others correspond to key moments in history. And in addition to the weather, we have set up day / night cycles.

Is it possible to change the difficulty of the game, for players who like challenges? If so, do the enemies become more aggressive or do they just have more hit points?

Nate: The game has three difficulty levels: easy, normal, and hard. In DIFFICULT, the game remains doable, but becomes very demanding. Mongols are more aggressive and special moves require more precision. In contrast, EASY mode is more for players who want to explore the island and follow the story only occasionally being put to the test by a tough opponent.

Regardless of the difficulty level, the health of enemies remains the same in order to preserve the lethal side of the katana. The combat system relies on the dexterity of the player.

Will the enemies be more aggressive in the final version of the game than in the videos that have been shown?

Nate: Seeing the State of Play videos, some thought Ghost of Tsushima looked easy, which it doesn’t. We’ve designed the fighting to be lethal one way or the other, not just the enemies. Jin’s enemies can also take him out pretty quickly.

The gameplay footage we showed was captured by one of Ghost’s chief testers, and he is pretty good at wielding the katana. Additionally, Jin had special abilities that are not available at the start of the game. We just wanted to show what combat can look like when the player is mastering the controls and techniques of the game, when Jin is at his peak. We believe that most players will find the combat difficulty satisfactory.

Fantastic sequence of play, but are you thinking about revisiting the physics of headshots? The force that throws the enemy back seems excessive and unrealistic. Other than that, excellent demonstration!

Nate: We have received a lot of similar comments. You may have noticed that Jin uses two types of arcs in this demo: the short arc in the samurai part, and the long arc in the Phantom part. The longbow is much more powerful, and it is capable of knocking down enemies hit, as you may have seen in State of Play.

Will there be villages or towns? Side missions? Content outside the main frame?

Nate: The transformation of the samurai Jin into a Ghost is the main storyline of the game. However, during his journey, Jin will meet several characters with their own history. If you want, you can delve into these side quests and strengthen your bonds with other people bravely fighting to save what is dear to them. Not only will these stories give you a better idea of ​​the scale of the invasion, but they will also earn you the best rewards in the game.

During his journey, Jin will pass through several towns full of merchants and side quest opportunities.

Will the game have different endings depending on the chosen combat mode (samurai or ghost)?

Nate: The game tells about the human epic of Jin, who will sacrifice everything in order to become the Phantom. The player can choose to fight primarily with sword, bow or stealth, but Jin will become the legend of the people of Tsushima, and the terror of the Mongol invader no matter what.

What is the lifespan of the game?

Nate: Difficult, if not impossible, to answer this question for an open world game … You can in any case expect a game much longer than our previous productions. If you’re the type to get distracted by something spotted in the distance, or a commotion nearby, you’re probably going to spend dozens of hours wandering around the world of Tsushima. Players who prefer to focus on the main story will also find it useful, but will come to the end of the story much faster.

To give you an idea: most of our testers could spend a whole week on Ghost without getting to the end of the scenario. I can’t give you a specific number of hours, but there’s no doubt that if you’re looking for a compelling story set in an open world that’s as large as it is rich, with tons of things to do and see, and lots of characters to meet, Ghost of Tsushima is the game for you.

What happens when you press L2 + R2? What are the circles in the life bar?

Nate: The circles represent Jin’s Determination. He can use it to heal himself or perform his most powerful attacks. It will be up to the player to determine whether it is tactically better to recover health or to land a decisive blow.

Can we swim to the boats at sea?

Nate: Jin travels through Tsushima on his trusty horse or on foot. He cannot swim to the boats and go sailing.

Can we behead or cut enemies in half?

Nate: The player cannot target specific body parts of enemies. Jin’s goal is to eliminate his opponent as quickly as possible with the means at his disposal. Our motto for Ghost’s fights was “Mud, Blood, and Steel”. They are raw, wild and fatal. It only takes a few katana hits to kill an enemy, just as it takes a few Mongolian blades to kill Jin. It will not be easy to survive in this environment. You will need to use all the weapons at your disposal.

Are the side quests unique and do they bring in essential rewards?

Jason: Ghost of Tsushima is an open world scripted game. Several stories surround Jin’s main adventure in the form of secondary narratives. Some are brief and others tie Jin to interesting characters, giving the player the chance to learn more about the island and his new friends.

We wanted to encourage players to explore the vast world of Tsushima. All the content outside the main frame therefore offers various rewards. These could be collectibles, resources, or charms that we showed you in the State of Play video. Some optional missions may even earn you new armor.

Will the saber have its own stats / abilities?

Jason: Jin’s katana is very valuable to him. It is also his weapon of choice from start to finish of the game. You will be able to improve both the appearance and the characteristics of this weapon.

Will it be possible to fight with a sword in each hand?

Nate: No, Jin was trained to wield a single sword, in true samurai tradition. However, he will often find himself confronted with many Mongols and will learn, to balance the situation, to use throwing weapons and to alternate ranged and melee attacks in a formidable way.

Will the horse be the same throughout the game or will we have more than one?

Jason: Jin’s horse is his loyal companion. Towards the start of the game, you will be able to choose the horse with which you will make your journey.

Is the armor made of different pieces? That is, is it possible to independently choose a helmet, breastplate, etc. or are the armors indivisible sets?

Jason: Yeah. In the video from State of Play we show that it is possible to independently change the helmet and other elements of the armor.

The release date of Ghost of Tsushima is set for July 17, 2020 exclusively on PS4.