[HOT] : GHOST OF TSUSHIMA LEGENDS: SONY DROPS THE RELEASE DATE, ALL THE NEWS IN COOP MODE ‘ON VIDEO 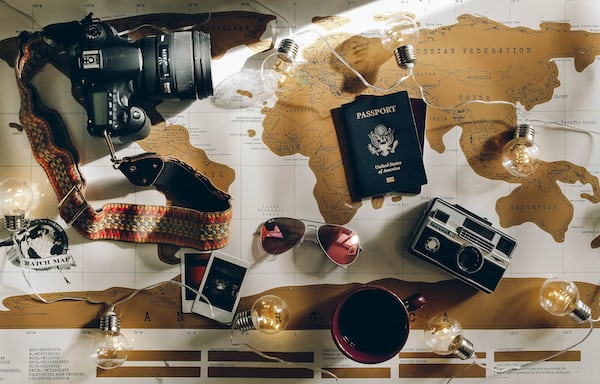 [HOT] : GHOST OF TSUSHIMA LEGENDS: SONY DROPS THE RELEASE DATE, ALL THE NEWS IN COOP MODE ‘ON VIDEO

Announced last August, Ghost of Tsushima: Legends will land on October 16 on PS4. This is indeed what Sucker Punch announces on the PlayStation Blog, specifying that the operation will be done through update 1.1. For those who are not aware, we remind you that this free DLC will revolve around cooperation. “Ghost of Tsushima: Legends offers story missions for 2 players, survival missions for 4 players, not to mention raids that will be added in the weeks following the launch,” says senior designer Darren Bridges.

Once the player has installed version 1.1, and picked up the add-on content through PlayStation Store, a new character will appear in various locations and villages of Tsushima: Gyozen the Storyteller. “He has heard of the Ghost of Tsushima, but he has his own interpretation of the events unfolding on his native island,” we are told. Gyozen is the author and keeper of the stories you will discover in Ghost of Tsushima: Legends. If you talk to him, he will be happy to take you on a journey by telling you one of the legends featuring the ‘Ghosts‘ “.

As one would expect, Ghost of Tsushima: Legends will mark the arrival of four classes (Samurai, Hunter, Ronin, Assassin) with for each one of them specific advantages. “In addition to their unique ability, each class can, as they progress, unlock a second ability and obtain specific charms and projectile weapons,” said Darren Bridges. When playing with friends, you can combine classes as you see fit. So you can all play the same class, choose different classes, or combine them as you wish. ”

The samurai is positioned at the heart of the fighting. He preserves his health while relentlessly slashing hordes of enemies. If you’re in bad shape, use Hachiman’s Fury Ultimate Attack to unleash a multitude of strikes on your enemies.

The hunter positions himself at a distance from combat and shoots down enemies before they even see him. He can also use explosive arrows to slow groups down and, when the clashes get more tense, use Uchitsune’s eye ultimate attack to shoot multiple arrows hitting enemies in the head.

The ronin can revive his teammates with the ultimate ability Izanami’s Breath. You may choose to play as a Ronin to help your allies… unless it is to be able to summon a Spirit Dog! (And yes, PROMISED, you will be able to stroke your Spirit Dog!)

If you prefer to deal monster damage in a single attack, the Assassin is for you. The ultimate Shadowstrike attack teleports you across the battlefield to take down your enemies in the blink of an eye. If you still doubt the intimidating potential of this class, wait until you see the terrifying masks the assassin wears.

Note that the “Photo” mode will be required, in order to immortalize all the moments when the players lend a helping hand.

Regarding the Ghost of Tsushima single player campaign, patch 1.1 naturally brings some new features, such as New Game +. “You will start the New Game + directly in the open world, shortly after the first confrontation between Jin and the khan, it is confirmed. You will keep all the techniques, equipment and cosmetic items acquired in a previous game and the difficulty will increase to enhance your new adventure (you can however adjust it in the menu). […] Additionally, some extremely powerful new charms will help you unleash Jin’s destructive potential and perhaps inspire you to rethink your approach to combat. You will also be able to unlock a new upgrade for your sword, bow and armor. ”

Since we must give an exclusive character to New Game +, we are told the addition of a brand new flower, namely the ghost flower. You can only get it after completing the game for the first time. “After installing version 1.1, you will be able to activate custom armor, which will allow you to assign your charms and cosmetic items to your different armors in order to quickly change armor according to your play style and your role-playing preferences, says Darren Bridges. In addition, the total duration of your game will be displayed when you select a save file and new options will appear in photo mode. ”

We can’t say that Sucker Punch laughed at us on this one.