[HOT] : Ghost Of Tsushima Tips And Tricks To Fight As A True Samurai Warrior Or As A Ghost 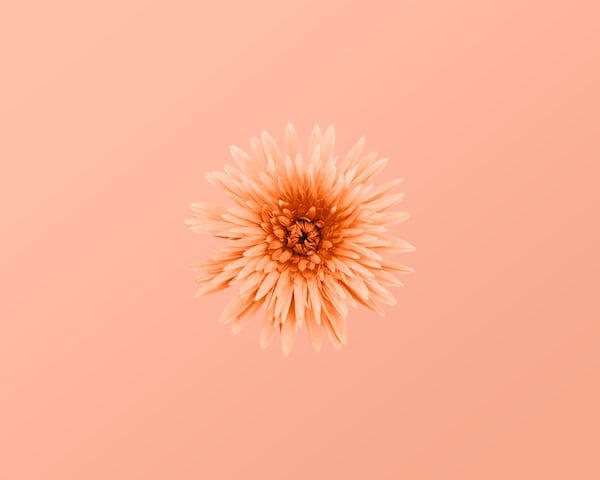 [HOT] : Ghost Of Tsushima Tips And Tricks To Fight As A True Samurai Warrior Or As A Ghost

This is the release of Ghost of Tsushima, the new production of the studio Sucker Punch for the PlayStation 4. The game takes players to the lands of Japan, the island of Tsushima, Jin Sakai the hero of the story saw the forces arrive Mongols on its lands. To repel the invader, he will have to fight by respecting the code of honor which makes him a samurai or by following his own path, that of the ghost which makes him an assassin hidden in the shadows waiting for the best way to strike its targets. To make you great samurai warriors or real ghost assassins, we offer you no less than ten tips and tricks that will make your life easier as you explore the vast expanses of Tsushima Island.

☆ Note – In addition to this guide which contains ten tips and tricks for Ghost of Tsushima, we also suggest you discover a complete guide of charms to unlock and obtain in the game at this address: Guide Ghost Of Tsushima List Of All Charms To Find And Get In The Game.

Tip 1 – Use fast travel to restore your health:

When you use a travel point on the map, the game restores your full health. If you are in bad shape after a fight with Mongols or bandits and your spheres of determinations do not allow you to quickly regain health points, open your map and teleport to a nearby destination to immediately regain all your points. of life. Attention, this technique does not allow to recover spheres of determination.

Tip 2 – Jin the phantom samurai who never runs out of steam!

When you explore the vast expanses of Tsushima Island with Jin, you can do so on horseback or on foot. However, Jin Sakai will tend to tire quickly if you run him for a long distance. When this happens, his running speed is slower, the character needs to pause for about 10 seconds to be able to start running again. There is actually a silly trick to get Jin to immediately regain his stamina after getting out of breath. Just take a step forward with the “Circle” key while pushing the joystick forward, you will then skip the fatigue animation and be able to run endlessly without the character ever getting tired! You will find that this trick will prove to be very useful if you apply it while you roam the lands of Tsushima.

Tip 3 – Collect your pending favors at the temples:

When you complete a number of Jin’s Journey missions or side stories, the local natives will leave you favors in the temples. A good way to collect provisions or materials like Linen, Steel or Yew Wood to improve your character’s various weapons and armor. These favors can be collected at the different temples on the map, the Golden Temple in the Izuhara region for example, or the Yarikawa Fortress in the Toyotama region. To find out if a place contains an altar of favors, open your MAP and check the “available services” that appear when you stop at a particular place. So, if you see “favor available” you should go and collect your reward. It is also a good way to collect certain cosmetic items that Jin can equip during his journey.

Tip 4 – Jump and strike against enemies armed with spears!

The game doesn’t really explain it to you, yet you do have the option of jumping and hitting. With the square touch for example, Jin will split his Katana on his enemy while with the triangle touch you can kick your opponents in mid-flight, enough to destabilize them! But above all, the jump is very useful against enemies holding a spear. Thus, you will be able to avoid and retaliate in the face of a circular sweep simply by jumping and even in the face of thrusting attacks! This little technique came in handy on our trip to Tsushima lands and we are sure you will find it just as useful.

Once you’ve unlocked the “Wind Stance,” you’ll have the option to prepare to deliver a powerful kick that will knock back anyone in its path. To do this, adopt the posture and keep the triangle button pressed… Using this kick is very very practical to send your opponents to the bottom of a lake, the sea or any other source of water that is a little too deep. This is because your enemies in Ghost of Tsushima cannot swim, by doing this they will be killed instantly. A technique that is certainly not very honorable for a samurai, but it works!

Tip 6 – Control the weather with your flute:

By swiping your right to the left on the dualshock 4’s touchpad, Jin will take out his flute and start playing it. You may not know it, but your flute allows you to control the weather. You can make the sun appear, make the rain come, start a storm, and so on. If the basic melody is that of the “caress of the sun”, as you go along you will unlock others such as “the lament of the storm”, “the shadows in the mist” and the “melody of the raindrops”. water ”. To get new melodies, you need to find a certain number of Singing Locusts. Singing locusts are only found in cemeteries on Tsushima Island.

If at the beginning of the adventure you tend to clean up the Mongol camps like a real samurai by announcing your presence, it is in your interest to infiltrate these camps discreetly so as to reveal your presence only at the last moment. Indeed, by killing the Mongolian leaders of the camps installed on the island of Tsushima, you will eventually be able to learn new combat postures. What the game doesn’t explain to you initially is that you can hide, locate the leader of a camp, and observe him training. So you will earn two unlock points for your postures each time instead of a single point by directly killing the leader. Think about it when you approach an enemy camp

Tip 8 – Clearing all the camps in a region removes the fog of war:

The map of Ghost of Tsushima is completely covered with a fog of war which prevents you from seeing all the points of interest that are in the region you are browsing. What you should know is that once you have cleared all the Mongolian camps in a region, the fog covering the map disappears completely, allowing you to discover the location of all the “? Which are of interest.

When you begin to explore the lands of Tsushima and especially the very first “Izuhara” region, open your map and head to the Jade Hills. There you will find a survivor camp with a merchant and a trapper that you can trade with by owning a certain number of flowers. The merchant will allow you to obtain the Traveler’s Outfit which is certainly one of the most practical armor Jin can own. Indeed, this outfit allows you to change the direction of the guiding wind which will allow you to easily find the artifacts and other collectibles hidden in the environment that do not appear in the form of “? On the game map. On top of that, whenever you are near an artifact or collectible, your controller will vibrate! Remember to go get this armor as soon as possible and improve it as much as possible using provisions and other necessary materials.

When you sneak behind an enemy, you have the option of assassinating them by pressing the square button without being seen by other soldiers around. You can also do a chain assassination by unlocking the evolutionary technique “chain assassination” and “master of chain assassination”. Thus, you can via the triangle button assassinate up to three targets at once by arriving discreetly behind their back or by jumping from a roof. But the real trick is to combine this skill with a smoke bomb. Wait until you are surrounded by at least three opponents and throw a smoke bomb at your feet, those you fight will not see anything, it’s time to strike! Immediately approach the nearest enemy and press triangle to perform a chain assassination in the middle of a fight!