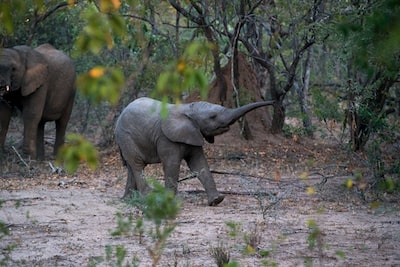 While Ubisoft has unveiled its brand new free-to-play entitled Ghost Recon Frontline on the occasion of the 20th anniversary of the license, the studio has also announced the free availability of some DLC of its opuses during the next few days of this month. October, as well as the original game offered.

Whether you are on PC or consoles, You can now claim the Ghost Recon Wildlands “Fallen Ghosts” DLC for free, as well as the Ghost Recon Breakpoint “Deep State” DLC.. You have all in all until October 11, 2021 to obtain these extensions, and for that, go to the store of your console, or directly to the site of Ubisoft Store, the Epic Game Store or Steam.

L’extension Fallen Ghosts will allow you to slip into the shoes of a ghost hunted down by renegade Special Forces who have founded their own army. Your squad will have to redouble its efforts to accomplish the mission that will present itself to you. Of course, new skills and new weapons are to be unlocked.

The same goes for the extension Deep state which is more focused on stealth gameplay. With more than 7 hours of new content, you will have the opportunity to process 8 story missions and collect 10 exclusive Splinter Cell-themed rewards.

Finally, in addition to these extensions, Ubisoft gives you the original game Tom Clancy’s Ghost Recon, but still available in a limited time. You have until October 11 also to get it for free on PC.

As a reminder, Ghost Recon Breakpoint is available on PC, PS4 and Xbox One. If you do not have it yet, our partner Instant Gaming offers it at a lower cost on: