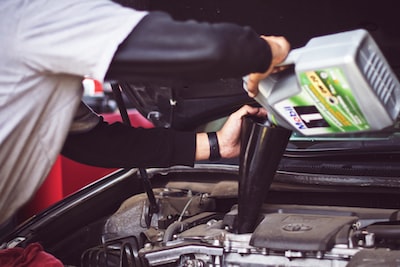 Google has announced several new features and improvements for its Android product line.

Family Bell makes its debut on Android, as well as new widgets and something to reply to messages and listen to music more easily with Android Auto.

Google has decided to celebrate the end of the year holidays in its own way, offering several new features and improvements to its users. Owners of Android phones are seeing the arrival of the Family Bell feature on their devices, which is already available on the brand’s connected gadgets. It allows you to set up task reminders for the whole family, so that at the given time, notifications are sent to selected smartphones and connected objects. For the end-of-year celebrations, the company has added suggestions for family activities, such as watching a movie or volunteering with a local association.

Still on Android, new widgets are appearing. You will be able to access your library and follow your progress on your audiobooks directly on your home screen thanks to the Google Play Books widget. YouTube Music is also there, with a widget to control the playback of your music and see the last tracks played. Finally, the Google Photos People & Pets widget will allow you to select photos and a frame to dress your home screen with images of your loved ones.

Another feature, less festive but very useful for your security, you can automatically revoke the most sensitive permissions granted to applications that have not been used for some time. It will always be possible to reactivate them by going to the settings or by opening the application. This feature, which was already available on Android 11, will be extended from next month to all Android devices running Android 6.0 or higher.

In addition to its widget, Google Photos will be enriched with new memories. Photos and videos corresponding to important moments of the year, such as holidays or birthdays, will be selected and gathered as memories. You can also customize, rename or delete them.

Android Auto has not been forgotten. From now on, you can set it to launch automatically as soon as you connect your Android phone to your car. Other features, coming soon, will make it easier for you to respond to received messages with new smart response suggestions and play music just by pressing the Play button on the home screen. And to save you the hassle of rummaging through your music libraries in the car, you’ll soon be able to do a voice search to find and listen to your favorite artist or song.

Finally, to express your emotions more accurately, selecting several emojis on Gboard will allow you to combine them and send this new hybrid emoji as a sticker. The feature is available in beta at the moment and will be extended to all Gboard users in the coming weeks.