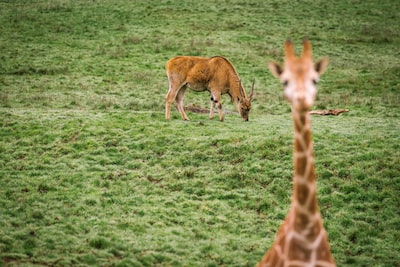 RIot Games has confirmed that an old feature once featured in League of Legends is coming to Wild Rift: The Guild soon.

Guilds are more than just groups of players. They offer fully customizable profiles, specialized news feeds, flexible management settings, and more. Riot Games is revealing the details of this new feature that will soon appear in League of Legends Wild Rift.

This is the full and official name of a guild. Remember that multiple guilds can share the same name, so if you are looking for a specific guild, you may be able to tell them apart with their …

TSM, T1, RNG, FNC. It only takes a few letters to be among the best.

Much like the abbreviated pro team names mentioned above, tags allow guilds to express their notoriety in 2-5 characters. However, don’t feel limited by your guild name, since it doesn’t have to have letters in common with the tag. At this time, guild tags are also the only way to search for the guild of your choice, although you can use filters to narrow down the number of results.

A guild cannot choose a tag that is already in use, so feel free to join or apply to that guild if you found the tag you were looking for!

The guild icon, which is the guild’s logo by default, appears next to the guild tag in public searches and on in-game guild plaques. As guilds progress, they can unlock more. new icons to change your style, so don’t judge a guild by its icon!

The name, tag and icon give a first impression of a guild, but only the description gives any real information about it. Consider reading the description of your potential guild to see if it may be right for you.

HAVE YOU FOUND AN OFFENSIVE GUILD NAME OR DESCRIPTION?

The level of confidentiality determines the basic entry requirements for each guild. Has the guild opened its doors to all players? Or does she want to examine every potential candidate?

Guilds are created by players for players!

As the name suggests, a public guild is open to everyone. All players can join with one click, and guild members can invite whoever they want. The only limitations are the membership cap (each guild can only accommodate a limited number of players) and the expulsion history (if a player is expelled from the guild, they cannot join it again unless his name is removed from the list of bans).

Whether it’s a place to hang out with friends or a place to train for the best players, this guild is slightly more exclusive.

Anyone can apply to a Protected Guild, but you must have the green light from the Guild Leader or other authorized members (such as Officers by default) to join. You can apply in up to 20 guilds at a time, so keep looking if your top choice is taking a long time to respond.

Just be aware that invitations expire after a week. So you may need to apply again. And don’t worry if the guild you want to join is full. She can still receive your application and her membership capacity may be about to increase, so give it a shot!

Once you are accepted into a Protected Guild, all of your other open guild requests will disappear.

When your goal is to bring together several like-minded players under one banner, sharing a language is a great start! This setting defaults to the dominant language of the Guild Leader server, but can be freely adjusted, as long as it is a supported language!

Just as the guild tag summarizes the guild name, the tags summarize the description of each guild. They don’t really allow you to fully summarize the purpose of a guild, but they are useful for filtering out guilds and only keeping the ones that are right for you. Each guild can choose up to three labels to provide insight into their state of mind!

The current labels available are:

NEWS FEED FROM THE GUILD

If they have the necessary permissions, guildmates can share certain screens and other news on the news feed. Anyone within the guild can see the news feed, but players outside the guild may not be able to access it, depending on privacy settings.

Info about the members of each guild! A guild leader can choose whether this list is publicly available or not. However, guild members will still be able to see who their teammates are and what their favorite roles and positions are.

Guilds are built on a spirit of community and each community depends on its guild chat. This is where your teammates can pick up a fifth member for their party, talk about the latest patch, or just chat. Guild Chat is showing up as a new channel in the regular messaging system, so you don’t want to waste time!

Now that you know all the features of each guild, it’s time for you to find out how …

Finding the right guild for you is no easy feat ™. That’s why we offer you several ways to achieve this.

If you want to join your friend’s guild, tap their name in your friends list, view their profile, select the guild, then apply or join according to the defined privacy settings!

Otherwise, you can still use the …

On the left, you will find the icon, tag and name of each guild, followed by some essential statistics:

Still can’t find your dream guild? So maybe it’s time to take matters into your own hands and create your own!

Whether you just want a place to chat with friends or can’t find the guild that’s right for you, creating a guild is a great option. Of course, it does require a bit more investment, but our guide to guild building will tell you everything you need to know!

Now that you’ve finally found your new home, it’s time to start building your guild. Leveling up allows you to unlock new icons, increase your guild membership, and experience new features! Does that seem insurmountable to you? Do not worry. Check out this page!

Sometimes it just doesn’t work. If you feel like it’s time to move on, go to your guild’s admin page and hit the button To leave. Just remember that if your guild’s privacy is set to Protected, you will have to apply again to come back.

If you are a guild leader and want to leave your own guild, check out our Guild Management article to find out how and who will claim your role.

Found a guild that doesn’t seem to follow the code of conduct? Let us know by tapping the button on the guild homepage or next to the guild name. You will then be redirected so that you can give us more information about the offensive content that you have found.