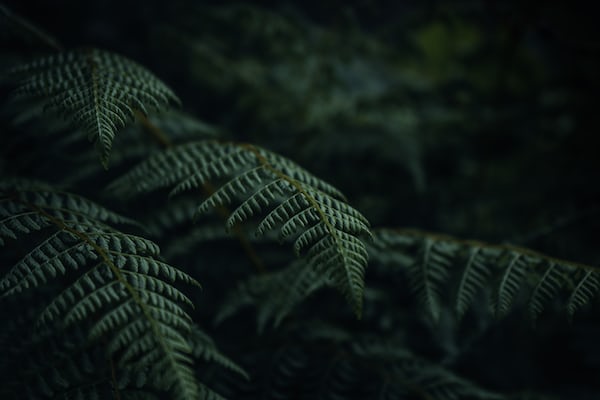 The following guide introduces you all the steps to follow, step by step, to complete 100% the Lake Kovd map in the Kola Peninsula. This is the map added to Snowrunner in the update 6.0 and reserved for players who have the Season Pass de Snowrunner. Completing the map at 100% therefore means completing all missions, unlocking all achievements, and collecting all vehicles and upgrades. Of course, if you don’t want to spoil the game, I invite you not to read it.

In the guide you will find suggestions for trucks to use. This choice is very subjective, everyone has their favorites. While this guide is quite effective, it is not a speedrun. There are more efficient ways to complete areas 100%.

On the Lake Kovd map, we will discover the following:

As the first map of the Kola Peninsula area, the Lake Kovd map obviously has a garage. We will, as usual, start by exploring this new map. Take your Tuz 420 Tatarin out of the garage and start by visiting the 3 watchtowers located all to the south of the map . Remember to activate all the missions you pass. The particularity of this new map is that most of the places are still not discovered once the 3 watchtowers have been visited.

To discover the rest of the map, you will have to use the mobile reconnaissance unit. To find it, activate the contract The forgotten prototype . Go to the station which is next to the 3rd Watchtower with your Tatarin and attach the trailer with your winch (to access it you must pass between the wagons and the wall of the first building). Then deliver it to the requested point. To complete the contract you will need to hitch the trailer to another scout who can do it (the Tatarin can only pull it with the winch).

Now take your scout equipped with the mobile reconnaissance unit (I personally took the Hummer H2 equipped for snow) and go to collect the 5 improvements of the area . To help you find them, you can use our guide dedicated to improvements to the Kola Peninsula. At the same time occasionally use the mobile reconnaissance unit to reveal the whole map. Activate the maximum number of missions.

Take advantage of your journey to activate and terminate the contract Sites of military glory which simply asks you to visit 3 crossing points that will be on your route.

We will now focus on completing all contracts in the area. Go back to the garage, take a scout vehicle of your choice (eg the Tatarin) and activate the contract Tense situation that simply requires you to go through several crossing points. When finished, collect your vehicle from the garage and activate Almost afloat which again asks you to go to several waypoints on the ice in the center of the map. A scout vehicle is once again recommended.

Continue with the contract Rescue – Swamp then Rescue – The northern tributary which are on the same principle as the previous two. Nothing complicated, just watch out for the ice that breaks as your vehicle passes by, you can quickly get stuck.

Leave your scout at this location (this is important for the end of the area, it will save you some time) and take an all terrain truck (e.g. Azov 64131) equipped with a loading crane and a 4-slot trailer. Activate the contract Cottage fever and deliver both trailers to the requested location. If like me you encounter a bug to validate the objective, simply drop the 2 trailers in the delivery area and the contract should end on its own. Make the task on your way The life of the rail which asks you to visit a few points which will be right on your way.

Stay aboard your off-road truck and load the secure container that is right next to you and the oil barrel a little to the west onto your trailer. Take the opportunity to retrieve the Salt 16 « Actaeon » located next to the barrel in your garage, this will unlock the first vehicle in the area (see our guide to this vehicle). Deliver the container to the port to complete the task Army Reserve .

Now hang the oil barrel on the winch of your crane and load 2 units of metal beams onto your trailers (this will allow you to limit the number of round trips). Deliver a first beam south of the garage to complete Temporary measures . Head east of the map now in order to deliver the oil barrel and thus finish Abandoned convoy . A little further north, use your second metal beam to repair the bridge and thus finish Old intersection .

Leave your truck and trailer at this location and take a scout vehicle from your garage to complete Pit stop that asks you to deliver a trailer. Still aboard the scout, continue east to finish Factory panorama (you will have to squeeze through real mouse holes to succeed in reaching all the points, so take a small scout and go everywhere).

Then go with your scout to the south of the map in order to tow the Tuz 166 then deliver it to the requested point in order to finish Antiquity intact . Now go further east to tow and deliver DON 71 for On ice .

Now go back to the garage and take an all-terrain vehicle. Go north of the map to hitch up the repair trailer and use it to repair the ZIKZ 5368, deliver it and finish this way Like brothers . Go back to the garage, take out an all-terrain vehicle, and buy a repair trailer from the trailer store. Go to the far west of the map in order to repair the KHAN Lo4F, then deliver it in order to finish Up to the knees.

Equip your all-terrain truck with a 4-seater trailer and go load 2 units of wooden planks and 3 units of spare parts (place the 5th cargo on your crane) to the south of the map. Let’s go for a tour of the map with this heavy load in order to finish in order Dilapidated guard post, Losing number, Cloudy weather and finally Goods delivery (for the last delivery to the east, if your truck + trailer does not pass on the path surrounded by rocks, go through the mountains and the forest). Before delivering the last cargo, go through the point at the far north of the map to validate Flat calm.

Now go back to the garage and get the Spare Parts at the far south of the map then deliver them to the garage to finish Bad weather .

Take back your scout vehicle which is at the far northwest of the map (the one you left after the Rescue – The Northern Tributary contract). Then visit the 4 crossing points next to you to finishr Frozen in time . On board your scout, tow the Ford F 750 to the north camp to finish foreigner . This will allow you in passing to unlock the second vehicle on the map, the Ford F 750 (see our guide this vehicle). Always aboard your scout, all you have to do is visit a few crossing points to validate Rural speleologist , it is very likely that you have already validated a good part of it during your many journeys.

Step 6: Let’s go for the challenges of Lake Kovd

To fully complete the Lake Kovd map, you must now go through the two challenges in the area. On board a scout, head to the center of the map to validate Battle on the ice which will ask you to go through 6 waypoints in 4 minutes. Be careful with the thin ice, you may well find yourself stuck!

Still aboard your scout, go to the south of the map to validate Overturned wagons which asks you to go through 2 crossing points in 5 minutes. Nothing too complicated to note for this challenge.

You have just fully completed the Lake Kovd map added in Snowrunnner update 6.0. Congratulation ! We must now move on to the content added in update 7.0 which adds, among other things, the Imandra map.