[HOT] : HOW TO COMPLETE THE 100% BLACK RIVER (MICHIGAN) CARD IN SNOWRUNNER Part two 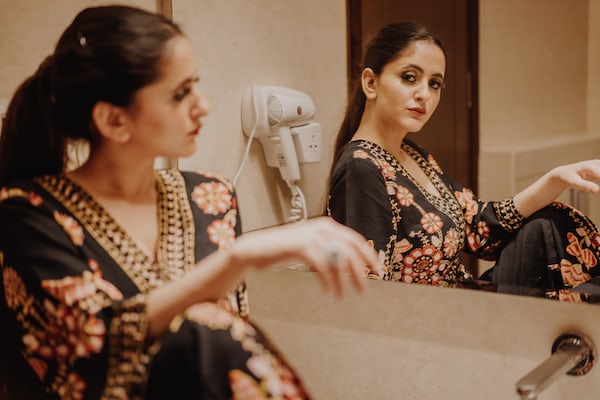 [HOT] : HOW TO COMPLETE THE 100% BLACK RIVER (MICHIGAN) CARD IN SNOWRUNNER Part two

When you reach this pump near the garage, you will also discover the objective marker for the task Heavy truck stuck . Then tow the truck to the farm. Then just southwest of the farm you should see a fuel trailer. Tow it to the garage trailer store and sell it.

In the upper left corner of the map, you will see a marker for a new vehicle, the Scout 800 . Go ahead, then take control of the vehicle, collect it from your garage and sell it.

At this point you should have around $ 37,000. Go back to your garage in Taimyr and buy the Zikz 5368 all-terrain truck. This truck is far from exceptional, but it will be useful for us to make some deliveries quickly (much faster than the Azov). So deploy the Zikz 5368 in Black River and customize it with a tray to be able to load goods.

We will now make 10 deliveries with the Zikz. We will start with Collapsed electricity pylon (3 cargoes), Bridge in the mountain (3 cargoes), Roadblock (2 cargoes) and finally Landslide (2 cargoes). What was ridiculously easy with the Azov, becomes a little easier with the Zikz. By this point, you might have unlocked your fourth and fifth achievements:

You can now collect the Zikz from the garage, sell its tray and sell to finish the truck. So take back your Azov and buy a tray then equip it. Here we go again for the missions. Start by completing the task The lost trailer , then Meager Motel, Lost cistern and Bank repairs . Return to the garage and add the IM50 loader crane to the Azov. The platform stupidly protrudes from the truck which prevents us from pulling trailers. So do the task Missing machines in two trips.

Some quick tips for your first use of the crane. When using it, always put your handbrake and deploy the anchors this will stabilize you. You can also use the crane as a winch, pulling things towards you and making lifting easier. You can drop the cargo in any direction on your trailer because the “stack cargo” option will allow you to stow it automatically.

Back in the garage, remove the loading crane but keep the tray. We are now back to contracts. Then complete the contract Save the harvest . If you start with the metal, there is a trailer parked near the farm. Put the metal on the truck, remove the cargo from the trailer and use it to store the wooden planks. Once you’ve delivered these two loads, sell the trailer to the trailer store.

By completing this last contract you should reach level 6. Go to the garage and equip your Azov with the Avto-23 heavy crane. Accept the contract Gold pipes and walk to the location of the fuel tank. Then use the heavy crane to lift the trailer 5 meters from the ground and thus unlock your sixth achievement:

Make sure to put the trailer back on its wheels and then head north to the location of the Chevrolet Kodiak C70 . Lift it out of the water with the heavy crane to unlock it and thus validate your seventh achievement:

Leave the C70 where it is and collect the Azov from the garage, remove the heavy crane and buy / equip it with a van chassis module. Return with your vehicle to the Chevrolet Kodiak C70 and refuel with the Azov’s fuel tank. Repair the entire C70 except for the wheels. You can manually repair every part of the truck, but be sure to leave the wheels broken. Now drive the C70 with its broken wheels to the garage to unlock your eighth achievement:

Go back to the garage and sell your Chevrolet Kodiak C70. Add a high hitch to your Azov and return to the fuel trailer (the one you lifted with the crane earlier). Deliver it to the requested destination, then deliver the cargoes to complete the Golden Pipes job. Equip your Azov with a loader crane and a flatbed to complete the next named contract The lost container . Finally, with only the board complete the contract Goods for Steel River .

The other contracts begin our transition to the next map, the Smithville Dam. But before you leave the map, there are three challenges to complete. Challenges are like tasks, except they can be replayed multiple times and sometimes have special conditions. The challenges are also timed, with times to complete to complete the mission in gold, silver or bronze. Obviously, the rewards in currency and xp depend on your level of success. Be aware that to complete the game 100% you only need to do the challenges, regardless of whether we get the gold or not. Start with Food delivery which requires taking no damage, which shouldn’t be a problem with the Azov. Then do Sapin Express which must be completed at night. Finally do Weather data which needs to be done in first person view, it’s not easy so take it slow and you’ll be fine.

Start the contract now Drilling, oh despair . Deliver the metal and go through the tunnel to the Smithville Dam. Take the first road on the right, go up the hill and go straight ahead, you will then come to the Smithville Barrage Garage . Enter with the Azov and equip it with a low hitch. Outside, at the trailer store, buy the flatbed semi-trailer. This one can carry 5 units of cargo, so it is big enough to carry the drill. Head back to Black River to deliver the drill and ditch the trailer (or take it to a trailer store if you want to sell it right away). Finally come back to the Black River garage, equip your Azov with a high hitch and make your way to the end goal.

By this point you should have discovered 8 Watchtowers, found 7 upgrades and 5 vehicles and completed 30 missions (10 Contracts + 17 Tasks + 3 Challenges), and be somewhere in the middle of level 7. Congratulations! Then return to the Smithiville Dam garage to start the second map of the game.