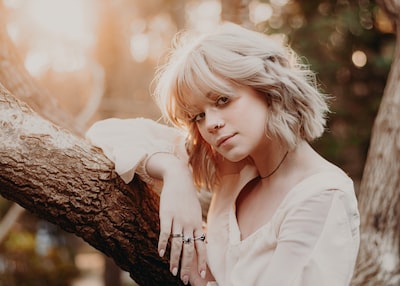 [HOT] : HOW TO UNLOCK THE TWO HIDDEN FROSTPUNK IMPROVEMENTS

[HOT] : HOW TO UNLOCK THE TWO HIDDEN FROSTPUNK IMPROVEMENTS

In Frostpunk, there are two hidden improvements that will allow you to better treat your sick as well as use your PLCs up to 100% of their efficiency. This trick will explain how to get these bonuses as well as permanently vapor cores. As a reminder, the Steam Core is Frostpunk’s most valuable resource.

How to unlock “The PLC project”:

To obtain this improvement, you will first have to build a factory (picture1). You will need to have unlocked level 2 “Drawing machine” in the workshop and have 30 wood, 20 steel and 1 steam core at your disposal to build this building capable of creating automatons as well as prostheses. Build an automaton and wait a few days. An engineer will come to ask you for 24 hours of rest so that he can work on his project, accept his request (picture2).

You will now have to give the engineer a core of steam. If you do not have one, you can ask him to wait, otherwise, give it directly (picture4). After 24 hours of waiting, the engineer will come back to you to tell you the good news, he has figured out how to get 10% more capacity on the PLCs. Coupled with the improvements of the tech tree, you will be able to obtain automatons as efficient as your workers (100%).

Information: be aware that the engineer will be able to die randomly during his research, in particular by exploding the steam core that you have given him. In both cases, you will get better performance from your PLCs.

How to unlock “Help the crippled”:

If you want to unlock the hidden skill allowing you to reduce the number of invalids in your city, you will have to sign the “Radical treatment” law in order to cut the limbs from seriously ill citizens but without ever signing the “Prosthesis” law (picture5 ). After having obtained more than ten cripples, a doctor will come and ask you for 24 hours of rest so that he can work on his project, accept his request (picture6).

24 hours later, the doctor will inform you that he has succeeded in improving the radical treatment. Critically ill patients are now less likely to become disabled. Be aware that these two secret upgrades will unlock two hidden Frostpunk Achievements / Trophies:

This third and final trick will explain to you how get free steam cores. As a reminder, the vapor core is the most precious resource of Frostpunk. Very rare, it will allow you to build advanced buildings as well as automates, machines capable of replacing all workers in a workplace. Go on an expedition and find Tesla City (picture9).

Tesla City is located to the east of your city. You will have access to it during the “New Start” scenario after visiting Winter Nest. This is the direction in which the storm predicted at the end of the main story “New Beginning” will arrive. For more information on this, read our section “Places to discover“. Save your progress just before leaving to explore Tesla City, then choose the “Risk entering the city” option (picture10).

If your expedition gets electrocuted and killed while advancing, charge your game and try to reenter Testla City. After successfully completing your dice roll, Tesla City will become an outpost allowing you to collect a vapor core per delivery (picture11). Build a “Outpost terminal”And send your expedition to collect your vapor core permanently (picture12). Tip: look for improvement “Faster outpost teams”In your tech tree to get these cores even faster.