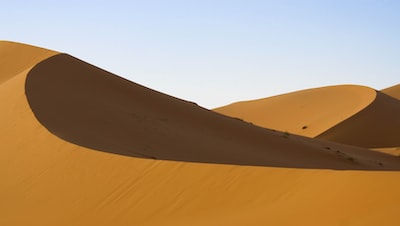 [HOT] : Internally, Ubisoft’s NFTs are also seen as a disaster

[HOT] : Internally, Ubisoft’s NFTs are also seen as a disaster

Strongly criticized by players, Ubisoft’s NFTs have not been much better received internally, according to private conversations that Numerama has read.

“It is embarrassing and infuriating”, “I feel uncomfortable with this announcement, since I do not see how the NFT are in line with the values ​​that we are trying to support”, “It is an embarrassment total… ”,“ I generally try to stay positive on our announcements but this one bothers me ”… Internally, the officialization of the introduction of NFT in the video game Ghost Recon Breakpoint is going very badly, according to conversations between employees on their professional mailbox, to which Numerama was able to access.

The French company recently made the decision to turn to blockchain to, according to it, offer even more personal cosmetic elements to players. This novelty, called Quartz by Ubisoft, was very badly perceived in public as soon as it was made official. Behind the scenes, it is not better: the majority of employees would not understand this choice, linked to the desire to be part of a trend above all.

An NFT in a video game: what contribution?

For developers, NFTs would be a form of disaster. “We no longer make video games,” blows one of the employees we were able to question. There are thus two opposing realities.

On the one hand, we find the decision-makers, who know that the NFT rhymes with big numbers (latest proof: the millions of euros collected by the last game of Peter Molyneux, still at the stage of the promise). People would not want to miss out on an opportunity that could ultimately pay off.

On the other hand, there are the creators, who do not understand the added value. Worse, some believe that Ubisoft would do better to abstain. In the media, the multinational has been shaken in recent months due to a toxic climate partly revealed by Numerama. And to see it rush into the NFTs, which do not always have a good press, would only add fuel to the fire.

“We do as before, except that we create a shop that burns forests”

For the time being, it is difficult to grasp the concrete contribution of NFTs for the gaming experience. “If the goal is to allow players to keep their objects between games, know that you can transfer your Pokémon from game to another from a lease (read: without blockchain). If the goal is to exchange care, Steam has allowed it for years too, ”said an employee of Ubisoft.

Another is ironic: “We do as before, except that we create a shop that burns forests. Because there is also the ecological aspect: cryptocurrencies are a real danger in terms of pollution, because of the energy they need to be mined. A shame for a company which, in a recent press release, promised “more green in games”.

These many internal voices are supported by the Solidaires Informatique union, which issued a press release criticizing Ubisoft’s strategy. “ Blockchain is a useless, expensive, ecologically deadly technology that does nothing for video games, ”he announced in a tweet published on December 14.

“Do you like dividends, SICAVs, subprimes, derivatives, financial crises, speculation, fast trading, money laundering? This is the assured and unspoken promise of the NFTs, ”he argues. He also indicates that Ubisoft executives refuse to say whether they are in possession of cryptocurrencies linked to the blockchain used by Ghost Recon Breakpoint. It’s understandable why: If it turns out they have any, they could be accused of profiting from this sudden announcement.

According to our information, Ubisoft would have recently organized a meeting to reassure the arrival of NFT in its catalog of games. In view of the outcry, we could have considered a back-pedaling on the part of the company, but obviously, this will not be the case. “Of course we spend a lot of resources on something that everyone hates,” said another Ubisoft employee.

The worst would even be to come: imagine a metaverse – another buzzword – in self-management. Imagine entire levels of the next Assassin’s Creed held by players, who will be able to charge an entrance fee to visit it (with the sole aim of enriching them… and Ubisoft, which will not fail to take a percentage).

As it stands, the NFTs bring absolutely nothing positive, and rather crystallize distrust shared on both sides. For Ubisoft, it is not too late to step back and refocus on its initial goal: to create video games.

Ubisoft employees question their NFTs and the negative reactions they arouse

The controversy over NFTs, digital objects which are sold and which have an exclusivity certificate, does not seem to be extinguished in the coming months, quite the contrary. Ubisoft Quartz is the project the French company announced for these items, which will debut in Tom Clancy’s Ghost Recon: Breakpoint. However, as posted by Kotaku, the developers have expressed concern internally. Some employees wonder if the bad press they are getting is worth it.

Some employees are worried

“I still don’t understand what ‘problem’ this is going to solve,” wrote one employee. “Is it really worth the (extremely) negative publicity it will generate?” Asked another worker. “How can you look at private property, speculation, artificial scarcity and selfishness and then say ‘it’s good, we’re going to translate it into art’”?

A third developer said he normally takes a “positive” approach to company announcements, but in this case, sees it as “boring”. According to Kotaku, Quartz also raised concerns about its impact on the environment, while some employees argue that the announcement further damages the reputation of a company that has been in the media for the harassment cases that have taken place. been produced within Ubisoft.

Ubisoft Quartz’s announcement drew hostility from users, who voiced their complaints in comments and videos. The French firm, however, did not hide the video on its YouTube channel afterwards, since it was uploaded in this way. That didn’t stop the clip from reflecting a wave of negative responses.

Employee demands are not met, improvement in some areas or not

Ubisoft has had things on its plate lately. They decided to add NFT to their games. They lost Dan Hay in November, one of the authors of the Far Cry series. And, most controversially, they’ve had some issues with their work environment, so much so that employees are asking the public for help. Fortunately, it doesn’t seem as bad as Activision Blizzard’s situation lately. But it’s not great either.

Ubisoft management believes it is making progress, however, despite the challenges. They have already assured that there are pay increases in the main office. And in an interview with Axios, Ubisoft HR Director Anika Grant spoke about the situation and what they are doing to improve their workplace. According to Grant, due to the lack of transparency in the conduct of investigations, “people have lost confidence” because of the non-communication. And for that reason, Grant is committed to having better follow-up when it comes to investigations by stating, “This is something right now we’re 100% focused on repairing. “

It’s great to hear, especially when you learn that Ubisoft has exceeded its goal of hiring 24% more women with 32% in the past year. But that’s all, it seems, good to hear. Later in the interview, Grant declines to comment on the charge of brewing managers known for workplace abuse or harassment within the company. Further, Grant contradicts himself by saying that while team members can speak publicly about their experiences in the workplace, those involved in investigations are urged to keep things quiet “to protect the integrity of the process and the rights of everyone involved. “

“I recognize it’s a long journey,” Grant said. “I know we’re not where we want to be yet. But I think we are seeing incremental improvements every day. “

It’s hard to say if this dampens PR or if it’s the truth. ABetterUbisoft released a statement about the interview, and they are clearly not happy with it, saying “Ubisoft’s senior management has communicated very clearly through their actions that they are determined to maintain full control over decisions about security policy and reporting, and about running new processes like a black box. “

The workers of ABetterUbisoft promise to stick to their guns and their same demands, which is like having a say in Ubisoft. But it seems, for now, that Ubisoft management is finding this question difficult.