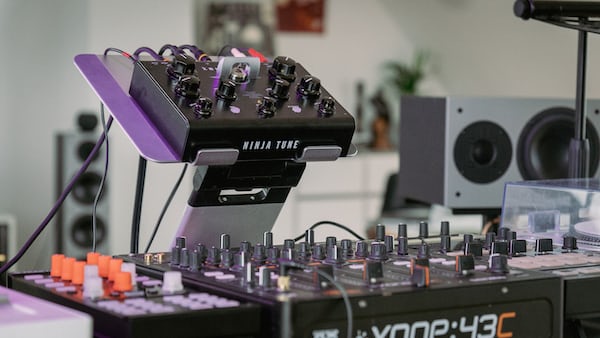 IPad. Apple unveiled on September 14 a new generation for the classic iPad and iPad mini. These are already available for pre-order with a view to their release on September 24!

If the new iPhone 13 was the star of the Keynote Call of September 2021, the firm surprised its audience by also unveiling a new iPad and iPad mini. These will be released on September 24, but it is already possible to pre-order them on several merchant sites in order to be guaranteed to get your hands on them!

iPad Mini: what does the new iPad Mini 6 offer?

The iPad Mini was the big novelty on the iPad side of the Keynote on September 14, 2021. As with the iPhone, the iPad Mini is being renewed with the arrival of a sixth generation. The iPad Mini 5 that it is preparing to replace was unveiled in 2019. As a reminder, it is therefore a small format tablet, with compact dimensions. This new version of the iPad Mini, the iPad Mini 6 is available in four colors and two versions, 64 GB and 256 GB. The aluminum case houses an 8.3 inch Liquid Retina screen. Note that the TouchID haptic button is suddenly relegated to the top of the iPad Mini, like the volume buttons so as to be able to easily integrate the Apple Pencil on the side, now compatible with the iPad Mini. A USB-C port is responsible for powering the iPad Mini, which therefore does not have a Lightning port. The iPad Mini has above all the new A15 Bionic chip for a sharp increase in performance (compared to the A12 chip which fitted the iPad Mini 5) but also Wifi 6 and 5G to strengthen its nomadic side.

What is the price of the iPad Mini 6? When is it available?

The iPad Mini will be sold in two 64 GB and 256 GB versions, starting at 559 euros for the 64 GB version and 729 euros for the 256 GB version. Apple specifies on its website that orders are open with availability of the iPad Mini from September 24, 2021. For the time being, we can still find previous generation iPad Mini. The prices of this one could suddenly decrease soon before being replaced by this new iPad Mini 6.

Apple also lifted the veil during its Keynote on September 14 on a new version of the “classic” iPad, which has since become the entry-level version. It incorporates an A13 Bionic chip for more power, an ultra-wide-angle 12 MegaPixel front camera providing Center Stage previously reserved for the iPad Pro and allowing better image retention. The iPad still gets a 10.2-inch Retina display, Apple Pencil, Smart Keyboard, and the all-new iPadOS 15 operating system with Quick Note and all-new home screen widgets. Above all, the basic version finally benefits from improved storage, going from 32 GB to 64 GB. Good news as the low capacity at 32 GB greatly restricted the use of the iPad and making this version strongly discouraged.

What is the price of the iPad 9?

The iPad 9 will be offered from 389 euros for the basic version at 64 GB. The 256 GB version will be offered at 559 euros. Note that this iPad 9 is available in two colors at launch: space gray and silver. Orders are already open for availability displayed from September 24, 2021.

The iPad Pro did not benefit from a new version during Keynote 2021 but it was expected since a new version of the high-end version of the iPad had already been unveiled last spring, orders having started in April 2021. As a reminder, the iPad Pro is an improved version of the famous Apple tablet. Available in two different sizes, 11 inches (3rd generation) and 12.9 inches (5th generation), this version of the iPad is the most advanced to date. The latest generation iPad Pro is notably equipped with Apple’s famous M1 chip which allows it to display solid performance, with two photo sensors of 10 Mpx and 12 Mpx. Count at least 899 euros for the 11-inch version, and 1219 euros for the 12.9-inch. Note that these two versions can be compatible with 5G communication networks if you have an affected package.

The iPad Air, an evolved version of the classic iPad

We tend to forget it sometimes, but the iPad Air is an excellent version of Apple’s tablet that sits between its high-end version and its more classic iteration. The iPad Air has a 10.9-inch Liquid Retina display, and Apple’s A14 chip, which puts it above the classic iPad and iPad mini in terms of power. It is also equipped with a 12 Mpx wide-angle camera, a 7 Mpx FaceTime HD camera, and a storage space of up to 256 GB. Count at least 669 euros for its Wi version. -Fi, and 809 euros for the Wi-Fi + Cellular version.

All these different versions of the iPad are also available on the official Apple website and in the Apple Stores. Note that these prices may change depending on stocks, but also current events. So try to stay on the lookout so as not to miss any price drops and good deals.