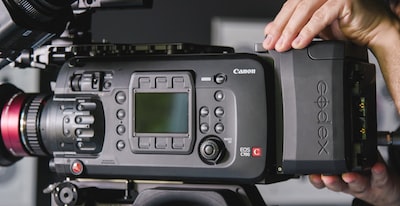 Las Vegas continued with another victory against Miami on Sunday on Day 3 of the NFL. Los Angeles defeated Kansas City and Patrick Mahomes. Defeat also for Tampa Bay and Tom Brady. Baltimore won on a historic kick.

The Raiders’ best start in 20 years

The Las Vegas Raiders beat the Miami Dolphins (31-28 ap) on Sunday on the third day of the NFL regular season. With three wins in as many matches played, the Raiders quite simply signed their best start in the Championship since 2002. And, that year, they had made it to the final…

Las Vegas had to fight to overcome Miami. The Dolphins opened the scoring on an 85-yard interception return from linebacker Elandon Roberts. Derek Carr, the Raiders quarterback, then redeemed himself, throwing 386 yards (his 5th game in a row over 300 yards) and Peyton Barber ran 111 yards. A Daniel Carlson field goal finally gave the Raiders victory in overtime.

For the first time since Patrick Mahomes is the starting quarterback of the Chiefs (in 2018), Kansas City has a negative record (one win, two losses). At home, the 2019 champions were surprised by the Los Angeles Chargers (30-24) and an excellent Justin Herbert (four touchdown assists).

The California defense has hurt Kansas City. Mahomes was pulled over twice, runner Clyde Edwards-Helaire and wide receiver Tyreek Hill both fumble. The Chiefs had one final offensive streak to win, with 30 seconds left, but Patrick Mahomes was never able to find his receivers.

First loss of the season for Brady

On the Rams’ side, quarterback Matthew Stafford was excellent (343 yards, four touchdowns). DeSean Jackson himself split from a 75-yard reception for a TD. Los Angeles has always led in the score, going so far as to clearly distance (31-14, in the 3rd quarter) the defending champions.

A nice record for Justin Tucker

The Baltimore Ravens won in the last second against the Detroit Lions (19-17), thanks to a field goal from Justin Tucker of… 66 yards. The longest three-point kick in NFL history. The previous record belonged to Matt Prater (Denver) with 64 yards in 2013.

Tucker, however, did not go far from never attempting this monstrous strike. Two games earlier, Baltimore had a fourth attempt and 19 yards to catch up. But, with a 36-yard pass, quarterback Lamar Jackson put his team back on the right track. And, to give more thrills, Tucker’s strike first bounced off the bar, before passing.

Green Bay wins at the end

The Green Bay Packers won their second victory of the season, facing the San Francisco 49ers (30-28). They won at the last second on a field goal of 51 yards from Mason Crosby. The 49ers have long been led by the score (0-17 in the 2nd quarter), but they were ahead (28-27) with 37 seconds remaining, on a touchdown from Kyle Juszczyk.

Jamal Agnew scored a 109-yard touchdown for Jacksonville against Arizona on a missed three-point kick return. But that was not enough to win the Jaguars. Thanks to a good ground game (three TD’s) and two interceptions from Byron Murphy, Arizona won (31-19).

The defenders enjoyed themselves during the match between Cleveland and Chicago (26-6). Those of the Browns have flattened nine times Justin Fields, the quarterback of the Bears, who missed his first game as a starter (6 of 20 completed assists). Myles Garrett had 4.5 sacks. The Chicago defense has offered Cleveland QB Baker Mayfield five times.

NFL: The Rams, the team to beat

Matthew Stafford attacked the Buccaneers’ defense at will throughout the game, finishing with an average of nine yards per pass attempted.

By outscoring the Buccaneers in a 34-24 win, the Rams sent a clear message. They are currently on Top of the Mountain in the NFL.

After all, the Buccaneers came into the game full of confidence, with a nine-game winning streak in which they had scored at least 30 points each time. Tom Brady was also at the top of the circuit with nine touchdown passes.

What the Rams have shown is that they are betting on a full squad. The offensive has been offering picnics since the start of the season. The defense, which was not at its best last Sunday in a victory against the Colts, limited Brady to a touchdown pass.

Even better, this defense limited the Buccaneers to 35 rushing yards for an average anemic 2.7 yards per carry. When Tom Brady is the team leader with 14 rushing yards, things go wrong!

The Rams also have an important asset, and that is that they dominate their opponents on both fronts in the trenches. The defensive line disturbs the opposing quarterbacks while the offensive line offers excellent protection to Matthew Stafford. This is often where the toughest duels are won.

It was one thing to beat the Buccaneers, but the Rams dominated from start to finish.

It is frankly striking.

This start to the season to break everything Rams, it is also the rediscovered happiness of Matthew Stafford. The quarterback, despite his obvious talent, has often been forgotten for years, in the gloom of the Detroit Lions.

Too often left to himself, it has sometimes been wrongly identified as one of the problems of this franchise, which vegetates in its putridity.

Against the Buccaneers, he added four touchdown passes to his record to bring his tally to nine this season. In Rams history, only Kurt Warner had so many after three games, in his memorable 1999 season.

Three of Stafford’s touchdown passes have passed 55 yards and more this season. Pilot Sean McVay finally has a quarterback equipped with a cannon to fulfill his most fatal offensive fantasies.

For the first time in his career, Stafford truly has a choice of gifts. No wonder he amassed 343 yards when he can pitch to Cooper Kupp, Robert Woods, Tyler Higbee and Van Jefferson.

And now veteran DeSean Jackson steps in, he who scored a long touchdown of 75 yards and finished the game with 120 yards. As for Kupp (nine receptions, 96 yards, two touchdowns), we already knew him among the cream of the NFL, but Stafford and he seem to be in true symbiosis since the start of the season.

An approach that pays

The Rams are not immune to misfortune, however. This is a team that has chosen to invest heavily in a small handful of players. So there are star players on board, but not a lot of depth.

The fact remains that so far the aggressive approach of the Rams, who never hesitate to sacrifice draft picks for established players, is paying off big. They haven’t picked anything in the first round of the draft since 2016 and aren’t doing badly for it.

The Super Bowl is never won in September, but after three weeks of activity, not a team impresses as much as the Rams.