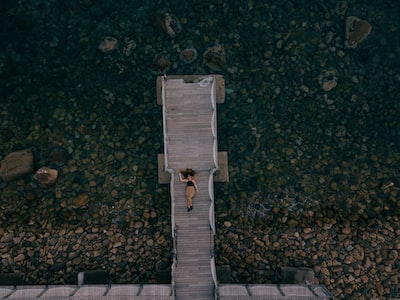 Marvel reveals in post-credits that there will be a sequel to the Disney Plus series … which has already kicked off the MCU’s anthill!

Once is not customary: let’s start at the end! No post-credits scene in this finale of Loki. Episode 6 broadcast this Wednesday on Disney Plus still reserves a nice surprise for Marvel fans in the middle of its closing credits: a stamp on Loki Laufeyson’s file, which indicates that the series has been officially renewed for one season. 2 of Loki ! And it’s not a luxury, because this last episode still largely upset the MCU … Attention spoilers!

Loki (Tom Hiddleston) and Sylvie (Sophia Di Martino) therefore found the domain of the sovereign who governs the Time Variance Authority in secret, behind the fake Time-Keepers. Entering the citadel of the end of time, the small couple of variants meet “He Who Remains”, literally “He Who Remains”, played by the excellent Jonathan Majors (revealed last year in the HBO series Lovecraft Country). It is known that in the comics it is about Kang the Conqueror, a big villain of the Marvel comics, who was supposed to make his debut in the MCU in February 2023 in the film. Ant-Man and the Wasp: Quantumania. But, surprise, here it is already in action in Loki ! Well almost…

He never calls himself Kang in this episode, and he’s more exactly a wacky, almost benevolent version of the character. The kind who understands he does horrible things, but for the good of all, to protect the universes from the chaos and utter destruction he has seen through time. Because “He Who Remains”, as the name suggests, is the last survivor of a multiverse war that broke out when several versions of him made contact after he made huge discoveries in this area, at 31st century. It should be noted that the great “mastermind” behind the TVA is not a God or an overpowered Alien à la Thanos. He is a human, “in the flesh,” as he himself puts it. He has no real power, except that of knowing the future, all the futures, after he has learned to master the space-time field. In order to prevent the utter death brought on by the war undertaken by his various versions of himself, he tamed and armed Alioth, using the trans-temporal being to end the slaughter (presumably by engulfing the other timelines). And then, to prevent that from happening again, he created the TVA to handle the sacred timeline, one and only allowed to exist, preventing any other belligerent version of him.

Except that “He Who Remains” is going to be killed here by a very, very resentful Sylvie. His death, which he had not seen in the future and which created, in fact, a temporal flow totally distinct from those he had experienced previously, leads to the birth of new timelines. An infinity of branches, and therefore of variants. We understand that the real villain Kang, the one from the comics and who has faced the Avengers several times on paper, has not yet appeared in the MCU. Still embodied by Jonathan Majors, he will be an evil variant of “He Who Remains”…

A priori, we will find him in Ant-Man 3, currently in filming, unless the production of season 2 of Loki advance quickly, to allow these new timelines to be explored a little more upstream… Because the Multiverse is restored and this will inevitably have massive consequences for the rest of the Marvel saga. Starting with Doctor Strange 2. Everything is in its title: Multiverse of Madness already suggests that the wizard will have to deal with the many alternative branches (created in Loki ?). It will be on view in March 2022 at the cinema. And already, at the end of WandaVision, Wanda Maximoff heard her missing sons call her from another reality … Without a doubt another universe, which she will explore on the occasion of Doctor Strange 2, in which Elisabeth Olsen will hold a major role. And then this end of Loki could possibly also mark the beginning of Spider-Man: No Way Home, which, as we know, will play largely on the idea of ​​parallel universes.

More than ever, everything is linked in the MCU. Everything is connected. And the conclusion of Loki sounds like a trigger for the next Phase 4 films. In addition, she’s also a perfect gateway to What If… ?, the upcoming Marvel animated series, which will have fun with the guns of the MCU by specifically exploring slightly crazy alternate realities. It will be on view this Wednesday, August 2 (see the trailer below).

As for Loki, very clever who can say when and where we will find him in the rest of the MCU. Because at the end of the sixth episode, the God of Mischief was thrown by Sylvie in a parallel universe, a reality in which Mobius (Owen Wilson) and Hunter B-15 (Wunmi Mosaku) do not know who he is. They work directly for a variant of Kang, whose statue suggests that he is currently wearing his comic book villain costume, openly controlling VAT here, without resorting to the Time-Keepers’ subterfuge. Certainly a dictator with an iron fist. Then how Loki will he get out of there? And above all: will we have to wait for season 2 to see that?