SamaGame > League > [HOT] : LoL: Guilds are coming to Wild Rift… but not to League of Legends 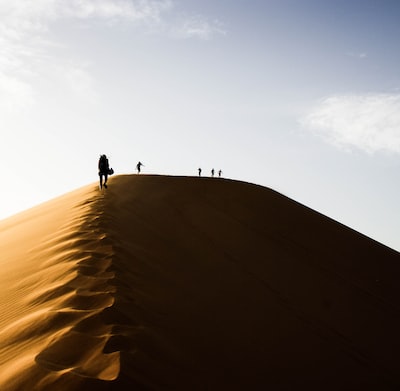 [HOT] : LoL: Guilds are coming to Wild Rift… but not to League of Legends

[HOT] : LoL: Guilds are coming to Wild Rift… but not to League of Legends

Gradually, the gap is widening between League of Legends and its mobile version. A new addition of size arrives on Wild Rfit, the guilds which remind us with fondness of the clubs, disappeared from the PC version in 2020. But then, can we hope to see these famous guilds soon on LoL?

There was a time not so long ago when clubs existed on League of Legends. For those who have not experienced this feature, it was a system that brought together players under one name. They had a private room, managed it themselves with all the same a chief at their head who had the supreme power. (like expelling a member or delegating some of their rights). Basically it looked like an MMO guild. However, Riot Games has decided to remove this system – introduced in season 6 – in 2020. The reason given was that the clubs had been gradually supplanted by other means of communication.

While they had to promote mutual aid and communication between players, they lost in efficiency and interest; clubs couldn’t compete with other tools, like the hugely popular Discord. So they disappeared from the client in the light of season 11 – and some don’t even remember it. Well, a very similar new feature should soon arrive on Wild Rift, much to the chagrin of lovers of the PC version.

Wild Rift landed in beta in our lands at the end of last year.. Since then, the game has followed a pace of updates roughly similar to that of its big brother, League of Legends. However, the additions are not the same over the patches, which seems logical. It’s hard to compare a mobile game that’s barely a year old to a behemoth that’s been around for over 10 years.

If the two titles are indeed MOBAs, that the characters are the same and that the game remains generally identical, Wild Rift has stood out but also moved away from the PC version. Some tools are present on one but not on the other. For example, we find on the mobile version features such as sharing your pool of champions with your duo, all the characters are available in the training tool (you can even swap between several champions in the same session), the AIs are higher, voice chat is available, etc. Even if the skins are common to both versions, each also benefits from exclusives.

Riot Games has never hidden its ambition to make Wild Rift a game in its own right by targeting two different audiences. Difficult for die-hard PC users to get started on mobile (this is for example my case, I don’t want to play LoL on mobile) but it does not prevent making MOBA available on mobile has no doubt attracted new players who will be able – one day perhaps – to transit on PC to discover the differences but also the many champions who will not arrive immediately on Wild Rift.

That’s also why it’s easy to admit that the two games aren’t the same, yet the announcement of a mobile addition has made old PC gamers cringe a bit. Wild Rift will equip itself in the coming weeks with a new system, the guilds, which reminds us strongly of the LoL fire clubs… But much better. While Riot Games legitimized the withdrawal of clubs on LoL (although many players made this decision wrong) with good arguments, one wonders why the studio wants to try the experiment with Wild Rift again. Well to be honest, when you see the functionality offered, you can easily understand.

On paper, guilds will look a lot like clubs, but with a lot more to it. “Each week there will be a challenge: Guild versus Guild in which two guilds will fight in the name of a new champion. Guilds will battle it out on shared missions throughout the week for some pretty cool rewards. ” Yes, well, we have Clash on LoL, it looks like tournament this story, right? Well yes and no. Of course, we keep the vs aspect, but here we are not talking about 5 players, sometimes random, who meet a weekend in the hope of gleaning a reward, but ofa long-term event during which you will be able to confront another group with many summoners. We imagine that each week, the counter will be reset to zero and that the guilds will leave for another batch of challenges.

In short, the Guilds are the Clubs but better and we admit, this addition could also be very interesting on LoL. Admittedly, they will probably never be able to supplant the sacrosanct Discord, but being able to do weekly quests with your small team of players while comparing themselves to others, it could be a real plus to connect the players with each other (and the haters, the inner ones). , the AFK, it is the direct expulsion).

And you, would you like to see Guilds on LoL? Do you think this system would find enough summoners to make it viable?