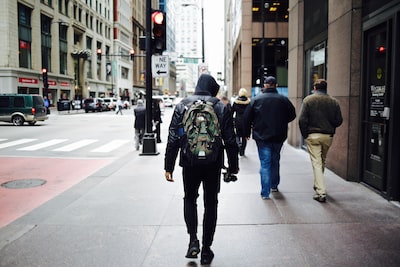 [HOT] : Loop Hero »How to unlock all classes?

[HOT] : Loop Hero »How to unlock all classes?

Loop Hero is a rogue-lite that does nothing like any other in its class. Whether it is in the way of offering players attempts to build stronger characters, improving the statistics of his hero or even reinventing himself by creating character classes that completely change the way you approach your runs. In this guide you will discover how to unlock the thief and the necromancer, two classes who stand alongside the warrior to save humanity from chaos. You learn what the conditions are to make them available in the preparation of a shipment screen.

Warrior, the hero at the beginnings of the game

The Warrior is the first class you play in Loop Hero. It is a character who is unlocked from the base without having to do anything.

The Thief class is usually the first class you’ll unlock in Loop Hero. You will get to know him after building the Refuge in your camp; this building must be built on a tile adjacent to the building Country kitchen. At the end of the construction, a short dialogue introduces the character. You can choose this class in the selection screen by clicking on the two daggers lying horizontally.

This character completely changes the way objects are looted since instead of immediately recovering them from the corpse of his enemies, he takes trophies. These trophies are placed in a bag until arrival in the village. There, the Thief exchanges his loot for equipment. The more trophies you accumulate, the more powerful the equipment exchanged.

Finally, the Thief starts off with an attack with 5% vampirism. He also gets a 10% bonus to stats on items with the same effect.

Check out the Thief’s Guide to learn more about this class.

The Necromancer is the second class to unlock. This arcane master is able to summon a minimum of two skeletons to protect him from the dangers of the loop. To play this class you must first build a Graveyard then one Crypt in the camp.

Holding his book of magic in hand, the necromancer can only equip himself with a defensive item. The other magic items are used to strengthen his skeletons, increase the number of summons and the quality of his creations. By quality we must understand more powerful warriors who can take the appearance of skeletons with ascended claws or heaps of bones capable of withstanding damage!

Check out the Necromancer Guide to learn more about this class.

HOW TO UNLOCK CLASSES?

On this page of the soluce Loop Hero, find out how unlock all classes Game.

Warrior
This is the default class when you launch your first game (picture1). At first, the warrior is able to equip himself with a weapon, ring, shield and armor. This class is great for taking damage. Additionally, every second that passes in combat increases the Warrior’s damage by 2%.

Thief
To unlock the thief, you must first invest in a refuge (picture2). This refuge must be placed next to the country kitchen (pictures3and4). Unlike the warrior, the thief collects trophies after each fight, which he exchanges for equipment at the start of each loop. The thief has 5% vampirism from the start and he gets 10% bonus for each item equipped with the same effect.

Necromancer
Finally, the necromancer is unlocked by placing a crypt next to the cemetery (pictures5, 6 and 7). The necromancer does not fight himself, he summons creatures to defeat his enemies. Depending on its equipment, the number and strength of summoned creatures increase.