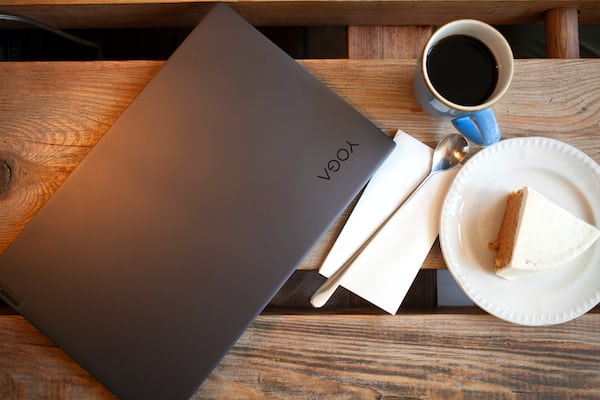 Now that Apple has unsheathed its new 14-inch MacBook Pro, the question arises. Should we fall for this new top-of-the-range model, or should we favor the MacBook Pro 13 M1 or the Intel model of 2020?

Design, the future tastes of the past

The new 14-inch MacBook Pro introduces an all-new chassis that’s both retro and modern. It gains a few hundred grams, with 1.6 kg on the scale (against 1.4 kg on previous models) and a small millimeter thick.

Above all, this new 14-inch MacBook Pro offers full connectivity ports including, on one side, an HDMI port, a Thunderbolt 4 port and an SD slot, and on the other, a 3.5 mm jack input, a second Thunderbolt 4 and… a MagSafe 3. Yes, the magnetic charger is coming back in a new form on this generation.

The Intel MacBook Pro 13 had to be content with four Thunderbolt 3 ports – two on each slice – a 3.5mm jack and… that’s it. On the M1 model, it’s even worse, since we only have two Thunderbolt ports, located on the left edge. This means that if you want to be able to do without an adapter, the new 2021 14-inch MacBook Pro is a great choice.

Finally, in terms of the keyboard, the new model definitely abandons the Touch Bar, this small touch bar that has never really found its audience. Instead, we find the good old physical function keys. The Touch ID fingerprint sensor is still present on all three models. Note that if the MacBook Pro 14 ″ and MacBook Pro 13 ″ M1 both offer a traditional keyboard, the Intel model is entitled to a butterfly keyboard, the one that has caused so many setbacks in the past with its keys stuck. This is definitely a point to take into account.

The screen of the new 14-inch MacBook Pro clearly goes upmarket. At first glance, we notice its largely refined edges and … its notch!

Like the iPhone since the iPhone X, the MacBook Pros will now have to deal with that distinctive element that has caused so much digital ink to flow. This notch also includes a new 1080p camera with a wide aperture, allowing it to offer twice the performance in low light. The Intel MacBook Pro 13 and M1, meanwhile, only benefit from a 720p webcam.

The difference doesn’t stop at this notch. The 2021 model indeed embeds a 14.2-inch mini-LED panel (3,024 x 1,964 pixels). The mini-LED brings to the new MacBook Pro a contrast and a much higher brightness (1000 nits, with peaks at 1600 nits), without counting on the contribution of the ProMotion which allows to adjust the refresh rate up to 120 Hz , against 60 Hz on the old models. No comparison possible.

M1 Pro / Max VS M1 VS Intel, the overwhelming victory of the ARM

The great novelty of this 14-inch MacBook Pro is the presence of new Apple Silicon chips, the M1 Pro or the M1 Max. Like the M1, the chips in the new 2021 MacBook Pro are systems on a chip (SoC) comprising both the CPU, GPU and Neural Engine. As for the M1 Pro chip, we take advantage of a CPU that offers up to 10 cores (8 performance cores and 2 high energy efficiency cores) and a GPU that offers up to 16 cores, accompanied by a 16-core Neural Engine, all with 200 GB / s of memory bandwidth.

The MacBook Pro 13 M1 doesn’t have to be ashamed of the comparison. In the same test, it does almost the same thing in single-core (1,705 points), but logically falls behind in multi-core, with 7,382 points. The Apple M1 remains particularly swift, with its 8 CPU and GPU cores, even if its RAM endowment cannot exceed 16 GB, against 64 GB on the 14-inch MacBook Pro M1 Max, and 32 GB on the MacBook Pro 14 inch M1 Pro.

The 2020 Intel MacBook Pro 13, meanwhile, is less interesting on the performance side. It offers a choice of a quad-core Intel Core i5 processor clocked at 2 GHz or a quad-core Intel Core i7 clocked at 2.3 GHz, and must be satisfied with the integrated graphics chipset from Intel, which does not have a dedicated graphics card. . On the other hand, this model has the advantage of supporting eGPUs via one of its Thunderbolt 3 ports, and thus the possibility of adding to its arsenal a graphics card of your choice.

The MacBook Pro 13 M1 had already set the tone, with its prodigious 20 hours of battery life in video playback. The MacBook Pro 14 is a little less autonomous, but it is still frankly convincing at this level, with an announced autonomy of 17 hours in video playback. The new model also has the luxury of offering FastCharge technology, allowing it to go from 0 to 50% autonomy in just 30 minutes (thanks to the 96W power adapter).

As for the 2020 Intel MacBook Pro 13, Apple announces only a meager battery life of 10 hours in video playback. And again, to have been able to use this machine, we rarely reach this ceiling, with rather 7/8 hours on average.

If it’s battery life that interests you in the first place, the MacBook Pro 13 M1 will be your answer. The 14-inch MacBook Pro, on the other hand, is much more efficient, and barely less autonomous. As for the Intel MacBook Pro 13, it is clearly below its competitors under Apple Silicon in this area.

As for the 2020 Intel MacBook Pro 13, it is no longer sold by Apple, but was offered, when it was released, at a price of € 1,999. It can now be found at much lower prices in the second-hand market, or through third-party dealers.

On our side, we advise you to go instead to models equipped with Apple Silicon chips. Admittedly, it is a significant investment (although the M1 model is ultimately very good value for money), but we imagine that, in a few years, Apple will begin to reserve its new software for its machines equipped with Apple Silicon chips. at the expense of Intel Macs. In short, a guarantee of longevity.