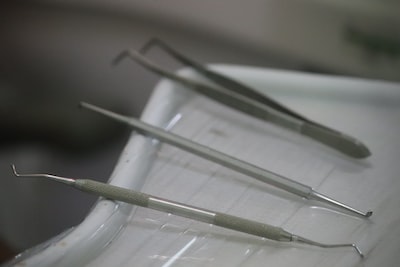 Note: This guide contains a few spoilers for Mass Effect 1, so if you’re hoping to get into Mass Effect: Legendary Edition as blindly as possible, we recommend that you stop reading now.

The engine that powers Mass Effect games is the choice of the player, and in Mass Effect: Legendary Edition one of those choices is which of your crew to have a romantic relationship with. In Mass Effect 1, you’ll have human options, as well as a non-human possibility: Liara T’Soni. You can love Liara whether you play as a male or female Shepard, and it’s actually pretty easy to do, if you know how.

The main trick to wooing anyone in Mass Effect games is to talk to them often and exhaust all dialogue options. Interacting with your crew between missions is how to get to know them (and, really, how to get the most out of these games), but it’s essential for building relationships that can go beyond friendships. Here’s what you need to get Liara interested, and how to lock in a relationship with her.

The first and most essential element is, of course, that you need to have Liara on your team before you can worry about building a relationship with her. Recruiting Liara is one of the three missions available once you’ve received Specter status and left the Citadel early in the game. You will need to search for Liara in the Artemis Tau sector of the galaxy, and eventually you will find her on the planet Therum. You don’t have to do this mission first – in fact, you can hold it until the end of the game – but the sooner you have Liara on the team, the easier it will be to establish rapport with her.

Speak with Liara between missions

As mentioned, speaking with your team between missions is essential in advancing your relationships with them, whether romantic or not. Once you have Liara on the team, seek her out over Normandy and speak with her after every major planetary mission – namely, after Therum, Feros, Noveria, and Virmire. During these conversations, be sure to choose the “Investigate” dialogue options, the ones on the left side of the dialogue wheel, in order to open up new discussions with Liara and learn more about her story.

You’ll also want to pick some flirty dialogue options and steer clear of the Renegade choices that seem to upset Liara. In other words, you should be nice to her, as you probably should expect. Treat her badly and she will lose interest.

At some point in these conversations, Liara will admit to having a fascination with Shepard and talking about human relationships. Choose dialogue options that show you are open to the relationship, and you’ll get started on that path.

However, it’s possible to actively pursue both relationships at the same time, which will result in a scene where the two love interests confront Shepard about the situation. At this point you will have to choose; your choice locks in one option but closes the other, so pay attention to your dialogue options at this point. But obviously, if Liara is your choice, you should choose her.

Talking with Liara will reveal a few key things about her. She’ll mention that she’s never been in a romantic relationship before and is reluctant to do so now, so be sure to reassure her that it’s not something you have to rush into.

You will have another important romantic time with Liara on the Citadel after completing Feros, Noveria, Therum and Virmire. Keep choosing flirty dialogue options that clarify your desires.

Finally, after leaving the Citadel for the last stage of the game, you will spend one last romantic moment with Liara. This will trigger the conclusion of the romance and a sex scene between Liara and Shepard.

Rekindle with Liara in Mass Effect 3

It’s worth noting that if you play Mass Effect: Legendary Edition all the way, you’ll have another chance to romance Liara, whether you choose to do so in Mass Effect 1 or not. Luck presents itself again in Mass Effect 3, when you can either start a new relationship with her or rekindle the old one, depending on your past choices.