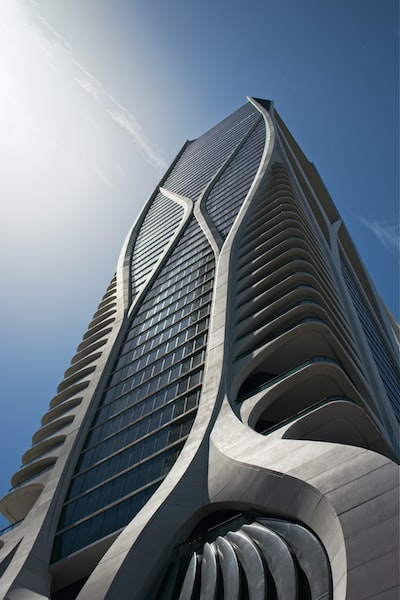 The exercise of the remaster / remake for a cult saga is much riskier than it seems. If the attempt is successful, the result can become just as cult as the original material. Proof of this are the remake of Demon’s Souls on PS5 and that of Shadow of the Colossus on PS4. The reverse is just as true. The catastrophic remake of XIII released in 2020 demonstrates that a name and a reputation are no longer enough to sell. Also, when EA and BioWare announced the production of Mass Effect: Legendary Edition, the video game community found itself torn between enthusiasm and fear.

A failed remaster for such a space epic would be the final blow that could put the final nail in the coffin of Mass Effect. Conversely, if, like the phoenix, this allowed the license to rise from its ashes, we could witness the long-awaited renewal for this saga.

It may well be that the answer is somewhere on a third way between these two options.

(Test de Mass Effect: Legendary Edition made on PS4 Pro from a version provided by the publisher)

Quote a little pompous from Jean Nohain, we grant you, but which seems very appropriate to best define what this legendary edition of the original Mass Effect trilogy is. From the epic breath of space exploration and the almost naive discovery of the first opus, to a second installment more focused on a frantic action, to end with a final Shakespearean episode at will, the trilogy resuscitated by this remaster is a monument of the history of RPG “western style”.

Almost a decade has passed since the release of Mass Effect 3, and Commander Shepard’s story still resonates with gamers around the world. Suffice to say immediately that an immense affect revolves around the license. The risk-taking for EA and BioWare to embark on this remaster is therefore much higher than what one might imagine …

On the goodwill side, the studio behind Mass Effect: Legendary Edition (abbreviated as MELE for the writing of this review – and pronounced “melé” because it’s more fun) wanted to give the original trilogy back to life, upgrading it to 4K ultra-HD to make it compatible with systems newer, and make it more “acceptable” to the eyes and controllers of today’s gamers * i. It is true that the textures of the first opus in particular, if they were quite honorable in 2007, are much less so (and rightly so) in 2021. We all know that 3D ages less well than 2D (but there is not the debate).

And let’s say it right away: Mass Effect, the first of the name, comes back to life! Rather than going through the surgery-remake box, let’s say instead that BioWare has made the choice of a good layer of makeup-remaster. The foundation is not only aesthetic, but also organic. Because although this is not a complete remake of the series, Mass Effect: Legendary Edition also includes new features to make the trilogy more cohesive as a unified whole, without sacrificing the features and idiosyncrasies that made each episode unique. What must absolutely be welcomed as a real tour de force.

These features include an updated and unique character creation tool for all three games, a new HUD for Mass Effect 1 that better matches sequels, a photo mode, among many other improvements already widely described by the publisher via many explanatory trailers. Additionally, MELE includes not only all three games, integrated into a single, seamless launcher, but also all DLC (except the Pinnacle Station dispensable and Mass Effect 3 multiplayer). To complete the picture, honorable mention to the music of this edition, entirely remastered, for a bluffing quality result.

Don’t judge a book by its cover

Mass Effect: Legendary Edition gives us a lot of reasons to be loved. From the graphic upgrade (obvious concerning the finesse of the character modeling) to the flexibility gained in terms of playability, including loading times, which have almost disappeared. Even the loading cinematic for the new launcher, which offers a round-up of the characters in the saga generic Marvel Cinematic Universe style, seems to have been carefully crafted by people who know and love these protagonists as much as the fans. From there to saying that it is a work of fans for the fans, there is only one step… which we will not take (let us not forget the financial considerations behind this type of reissue).

While it’s not perfect, and there is less to do in a remaster compared to a full remake, MELE is far from lazy, and it manages to make those three episodes a whole. visually and technically consistent. Which was no small feat.

But once these graphic and technical considerations have been removed, what remains?

It remains a fabulous epic. At once epic, tragic, sometimes introspective, sometimes full of fury, Mass Effect is a real space odyssey that Homer would not have denied.. And how can you forget the gallery of characters that will accompany your Shepard throughout his adventure? A team just as memorable and charismatic as your Shepard. Each member of your squad has a very specific character, a real back-story like you will rarely see elsewhere, and we can assure you that if you ever lose one of them during a mission, you will need a time to get over it. Were you traumatized by what happened to a certain character in Final Fantasy VII? You are not ready for MELE.

Let us also insist on what made Mass Effect become a real institution, unleashing passions almost 15 years after the launch of the first opus: the why of this rehearsal, “your Shepard”? Because your odyssey will be second to none. All the salt in the Mass Effect license comes from its writing quality, from the fact that each of your choices has consequences, sometimes irremediable, and that both your avatar (which you will be able to personalize at the start of the story) and your adventure will be unique. Difficult to unveil the scenario without spoiling it for you, we invite you instead to take a look at our files which go into more detail in the Shepard trilogy, on his Wagnerian expedition through the confines of the galaxy and his fight against the terrifying Harvesters.

In space no one will hear you scream

The narrative power of Mass Effect is such that it almost overshadows some flaws, which we however cannot hide. The point is that if Mass Effect 2 and 3 are all haloed with the technical glory of this remaster, Mass Effect 1 sins on several levels. It is indeed a remaster: the textures are clean, the lighting effects splendid, and what a joy to be able to take advantage of these 60 fps. But the skeleton of the original game is the same. The animations are often stiff, the exploration sometimes sluggish, and the great thrill of space discovery takes some time to be felt.

This questions a fundamental point, perhaps the crucial question: remaster instead of actual remake, was that the right choice? Hard to say. Mass Effect first of the name would certainly have deserved it, but then we certainly would not have had this Legendary Edition bringing together the three opus of the Shepard trilogy. Rebuilding the first opus would also have “condemned” EA to produce a remake of 2 and 3. Was the game worth the candle (well, the financial investment especially)? Maybe not.

Another legitimate question: where has Mass Effect: Andromeda gone? The latest unloved of the license could have found its place in this compilation. Undoubtedly its critical and commercial failure will have pushed the publisher to act as if the game did not exist, and to hide it under the carpet.

To finish with the chapter of questions and answer the one asked in the title of this article: yes, yes and three times yes, despite its few flaws, this trilogy continues to have a crazy effect.

“Ulysses” is the Latin version of “Odysseus” which is the name of Odysseus in Greek. The odyssey contained in its own name entered and remained in legend over 2,500 years ago. Story entered into the collective unconscious of an adventure organized around a hero who went to war, who tries to return to his kingdom despite divine opposition and the interventions of other figures encountered during his tragic journey.

“Shepard”, derived from “shepherd”, means “shepherd” in English. Shepherd for his people, then for all species in the galaxy, protecting his troops / herds against a threat that is beyond comprehension, almost divine. A story that will mark you, and will be inscribed in your memory for very long years, as long as you try to walk through the doors., and that you ignore the small flaws of its first chapter.

Mass Effect: Legendary Edition not only offers you a trilogy of cult games, remastered in a very beautiful way, but also the opportunity to discover a deep, rich universe and a cast of absolutely unforgettable characters. If you have already faced the Reapers in the past, nothing essential for you to acquire this compilation. Otherwise, you are lucky and lucky: you will embark aboard the Normandy in the most beautiful way, and be able to leave for dozens of hours of exploration, combat and romance in the immensity of the galaxy. .