SamaGame > EDITION > [HOT] : Mass Effect Legendary Edition review – An edition at the height of the legend? 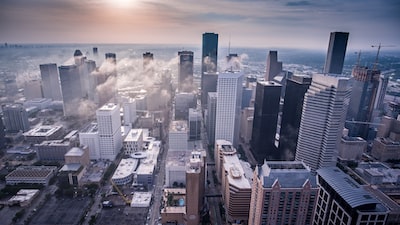 [HOT] : Mass Effect Legendary Edition review – An edition at the height of the legend?

[HOT] : Mass Effect Legendary Edition review – An edition at the height of the legend?

Riding the wave of enthusiasm raised by the announcement of the development of a new Mass Effect, EA and Bioware offer us a remaster of the original trilogy. A simple mercantile transaction or a real makeover to a franchise that is nearly 15 years old? Let’s take a look at this Mass Effect, legendary edition.

He wanted to see his Normandy again

Do I really need to introduce Mass Effect to you? Begun in 2007 with the discovery by Commander Shepard of the existence of the Reapers, continued in 2010 with the fight against the Harvesters and ended in 2012 with the ultimate fight against the Reapers who invaded the Milky Way, the Shepard trilogy undoubtedly represents heyday of Bioware, its developer. While EA and Bioware have announced the development of a new episode, preferring to turn the page on an Andromeda interlude that many prefer to forget, here is Shepard and the crew of the Normandy brought back to the fore with a remaster of the three. first episodes accompanied by most of the DLC released at the time.

So let’s calm the excess enthusiasm straight away, we’re talking about a remaster here. The different games have not changed significantly, although the gameplay has been touched up here and there. Instead, Bioware took the opportunity to try to harmonize the experience, in particular with an identical character creation interface for the three titles. The three games also benefit from visual improvements: new textures for the characters, better lighting, better effects (smoke effects, in particular) and a tendency to use lens flare that JJ Abrams would not have denied. Unsurprisingly, it is of course Mass Effect 1 that benefits the most from these visual improvements, the other two episodes probably needing them less. That said, don’t expect a miracle either. If the visual transition between the first Mass Effect and the second episode is less violent than before, the game remains a serious notch behind the third on this point. In fact, browsing Mass Effect 1 LE even gave me the impression of seeing characters from a 2015 game evolving in the settings of a 2010 game. void of the environments of the time that a slight visual redesign has difficulty in attenuating.

Was it really better before?

The good surprise of this Legendary Edition also lies in the fact that Bioware did not stop at visually improving its trilogy. Mass Effect 1 also benefited from some rather welcome gameplay improvements. Thus, the combat system has been slightly revised: the heat dissipation of weapons has been improved, the aim of weapons is now less dependent on Shepard’s skill level, which is particularly noticeable on the snipe rifle, and the overall balance has been adjusted. The famous Mako, a vehicle as appreciated for its concept as it is hated for its realization, also benefits from some alterations, but which still do not make it an intuitive vehicle to drive.

Little surprise, Mass Effect 1 now offers two progression modes, the original with a maximum level of 60 and a legendary mode where the max level is set at 30. We therefore earn our talent points more quickly, which is not not without effect on the difficulty of the game, which therefore seems easier in this mode. Speaking of options, one cannot help but be amazed at how limited the settings for graphics parameters are. Difficult to determine if this is a decision to harmonize the rendering with that of the console versions. Note all the same that the game stubbornly refused to switch to 4K at home, forcing me to go through the editing of a configuration file to access the resolution. Like the good old times. On the other hand, we are happy to note that the PC version of the game finally supports the pads natively.

The first Mass Effect also touches the limits of the remaster exercise. Indeed, the improvements made by Bioware do not completely manage to hide other points that remind us that we are in the presence of a 14 year old game. We are thinking here of very limited facial animations, the impression of emptiness of certain sets or even the rigidity of certain mechanics (the cover system, at random). And we regret the points that Bioware has not improved, such as the opening speed of the doors of the Citadel or the slowness of the Normandy elevator while those of the Citadel have become much faster. And in the area of ​​elements that we would have liked to see improved, how can we not talk about the speed of movement of Shepard, a soldier breathless after a 10-meter run.

You will also notice that I spoke very little about Mass Effect 2 and 3 in this review. These two episodes were still quite enjoyable to play, and the visual improvements are less glaring than in Mass Effect 1, with the possible exception of the camera-shot changes involving Miranda that caused the internet to scream so much. We can also regret the absence of the multiplayer mode of Mass Effect 3. However, the solo content on offer remains substantial enough so that we are not too choosy. Thus, with most of the DLC (quests, characters, equipment, but also the two interactive comics summarizing the events of Mass Effect 1 and 2), this Legendary Edition offers a good hundred hours of play.

This legendary edition is without a doubt the best way to experience the game today. For those who already have the trilogy on the other hand, the price may have a little more trouble passing. However, by making Mass Effect 1 more enjoyable to navigate, this remaster will satisfy those who, like me, had trouble redoing the 1st episode in a vanilla version as its gameplay seemed archaic. This will undoubtedly be enough to bring back some of them while waiting to learn more about a new episode of the series.