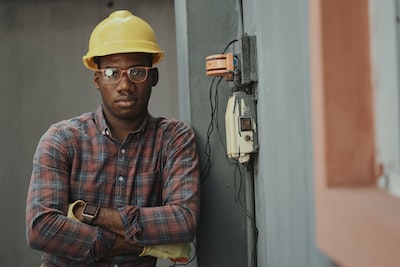 Six years after the release of “Halo 5; Guardians ”,“ Halo Infinite ”, the scripted campaign, arrives on Xbox (previous and current generation) and, for the first time simultaneously, on Windows PC. To say that the game was overdue is an understatement, the last episode of the saga due to arrive on the day of the release of the Xbox Series X | S, in November 2020 but has been postponed for a year to give time to the game. he team from 343 Industries to refine an adventure which failed to avoid the painful phases of a complicated development.

What we have discovered since Wednesday, December 8, is a balanced campaign, neither too long nor too short, which shines above all (and this is the main thing) by the unique gameplay that has always been the identity and strength of the saga.

But where did Cortana go?

A few years have passed since Cortana, the Artificial Intelligence long assistant and companion of the Master Chief, took her independence and took it into his head to impose peace and order in the galaxy (known air), by by force of persuasion and by arms if necessary. It goes without saying that humanity does not share this vision. Most of the extraterrestrials that inhabit it either. Since a problem never comes alone, the human army, to which John, the most powerful and seasoned Spartan of all, is assigned, confronts a bellicose coalition, called the Parias (or Banned as the translations), and gets neatly kicked. buttocks near the Zeta ring. This structure dormant since the dawn of time is in fact both a habitable world and a weapon of mass destruction designed by a vanished civilization, the Forerunners.

At the start of the adventure, we find our hero in an awkward position, floating in space, rescued by a human pilot who survived the carnage. His batteries recharged, the laconic Spartan sets out to go to the ring to find out what the brutal Outcasts are looking for. On his way he picks up a new AI with strong features resembling those of his ex-beloved Cortana.

Built in three parts, a first indoors serving as a learning space, a second located on the Zeta ring in a semi-open world, and a final indoor again for the outcome of certain aspects of the plot , “Halo Infinite”, failing to have convinced us on all its aspects, gave us the essential, that is to say an immense pleasure of play. Its mechanics of confrontation ranking unquestionably among the best of those which can offer a blockbuster modern.

The contribution of the grapple in a particularly neat and diversified arsenal contributes greatly to a positive evolution of the gameplay. “Halo Infinite” also has the elegance of remaining affordable in “easy” and “normal” difficulty modes while the others, including the ruthless “legendary” mode, require mastery and a great tactical knowledge of weapons to win. the toughest enemies.

The weak point, which in our opinion has always been that of the saga, remains a narrative that is still as elliptical as it imposes to fill in the gaps by obtaining information on YouTube or elsewhere. In short, you have to hang on with what the game gives through its visual storytelling, cutscenes and through the audio logs scattered throughout the environments. And caught up in the fast-paced side of the action, it’s easy to miss out on key elements that could make this some standalone entertainment. The good side of the coin is that if we make the effort to look here and there in the history of the universe (the lore in English), declined in novels, animated, video summaries, Wikipedia, etc., we are rewarded by the discovery of a richer and more nuanced universe than the countryside suggests.

We will not surprise anyone by saying that the outcome of “Halo Infinite” is open. He gives some answers but opens new mysteries.

On the technical side, in addition to its brilliant gameplay and taking into account that “Halo Infinite” remains a game between two generations of consoles, we admit very convinced by its graphic aspects, the solidity of its artistic direction easily compensating for certain missing next-gen effects. To the question “Is Halo beautiful?” we will answer without hesitation “yes”. We also note that the flexibility of the game engine allows it to be qualified as honorable on Xbox One, very satisfactory on Xbox One X and Xbox Series S and exceptional on Xbox Series X. On a gaming PC this can to be even (a little) better, as long as it is well optimized.

Once the campaign is over, it’s time to return to the open world to satisfy your completionist thirst. The Infinite universe is set to expand in the coming months. In May 2022, “Halo” should, if all goes well, be further modified by adding the ability to beat the campaign in collaboration online (to four at most, according to apparent clues in the game). We missed this unique aspect to the point of making us regret that it could not be integrated as planned at launch. New line items are also expected like the white wolf.

So, is “Halo Infinite” a game for fans? Yes, but not that. Thanks to its impeccable gameplay, all the keys are left to those who wish to dig into the universe. If only to understand the implications of postgeneric kinematics (more explicit in “legendary” mode, but completely nebulous without knowledge of lore).

And so ends the pre-Christmas blockbuster season. By far not the worst.