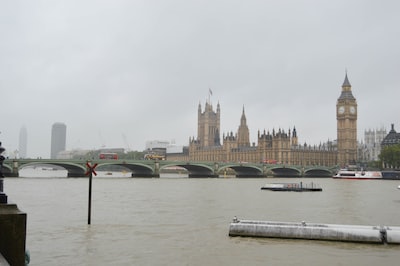 A priori we should expect a big graphical overhaul of Xiaomi’s MIUI 13 interface. This update will arrive in particular for the smartphones of the brand which will pass or come out under Android 12.

Xiaomi could make big aesthetic changes to its MIUI 13 interface. This is indeed what Digital Chat Station, a fairly famous leaker on Weibo, suggests. Remember that this source must be considered with caution until we have more confirmed and detailed information. Having said that, the trail seems believable as we will see a little further down.

A REDESIGN IN SIGHT FOR MIUI 13?

First, you should know that Digital Chat Station writes that “MIUI 13 has changed a lot. Several interfaces of the system have new user experiences ”. A promising claim, but unfortunately not yet accompanied by screenshots. The leaker also explains that the tests conducted by Xiaomi on the new version of MIUI are still based on both Android 11 and Android 12.

Perhaps this means that the transition to the latest version of Google’s OS is not yet fully completed. However, it can also be assumed that MIUI 13 will exist in two slightly different versions: one for smartphones running Android 11, the other for devices running Android 12. Indeed, Xiaomi’s interface updates do not line up. not necessarily on Android versions.

We also learn that the first closed beta of MIUI 13 should come to the end of the year 2021. This confirms comments from Lei Jun, the boss of Xiaomi, dating from last August. In other words, the update to the stable version would probably not arrive until 2022.

WHY IS A DESIGN REDEMPTION OF MIUI 13 CREDIBLE?

Why does this hypothesis of a major graphic redesign seem credible? On the one hand Xiaomi has always liked to stand out from the competition by offering an interface that has never really sought to approach Android as Google imagines it. Proof of this is: MIUI has been integrating a control center largely inspired by iOS for some time.

In addition, Xiaomi seems to take an even closer interest in the optimizations it can make to its smartphone interface. A MIUI 12.5 Enhanced Edition project has thus emerged to better take into account user feedback and needs. A visual overhaul for MIUI 13 would fit perfectly into this process to show that the developers have sought to erase the few potential bugs here and there, to prove that there is a new lease of life.

We can therefore expect new icons and widget formats. Xiaomi could also adapt Material You in its own way to offer an option on MIUI that automatically changes the colors of the interface according to the wallpaper. Oppo’s ColorOS 12, but also Samsung’s One UI 4.0 have done it.