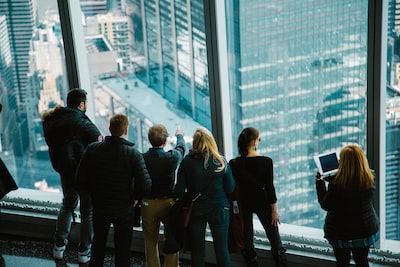 [HOT] : New World: Will Amazon’s MMO Look for WoW on Its Ground?

[HOT] : New World: Will Amazon’s MMO Look for WoW on Its Ground?

After many postponements, Amazon Game Studios’ MMORPG New World was finally released on September 28. There are many skeptics, especially as the MMO genre has become a niche in recent years. Could Amazon’s game revive players’ interest in this type of game? Response after several hundred hours on the various alpha and beta versions, as well as on the final version.

As in most MMORPGs, the ingame vision is in the third person in New World, giving the opportunity to have an eye on the whole environment around us. However, it is not an MMO like the others, thanks to a significant aspect: the notion of automatic targeting does not exist – with one exception, a healing skill: and yes, if you doubt it, what might be considered a detail really matters. In particular because it implies having a good precision to handle in the best way the ranged weapons such as the bow, the musket, the ice gauntlet, the staff of life or the staff of fire.. In general, it takes a lot more skill to destroy enemies in New World than in other MMOs that we already know. It is an ode to the analysis of the movements of our opponents, to dodging and to parry: a sort of MMO (Action-) RPG in short.

This brings real immersion to this meeting on Aeternum. However, the difficulty represented by certain monsters may put off some who prefer the comfort of “classic” targeting: but it is a bias assumed by Amazon Game Studios and which can prove to be a real strength for New World. It also involves going back to the days when you had to concentrate to progress in front of a group of enemies, otherwise the price to pay will simply be your life, which will expressly lead to a return on foot from the closest town. Another aspect that could be considered as a downside is the absence of the notion of classes, which might frustrate some players who have gotten used to it for several years spent on World of Warcraft and its contemporaries. The weapons offered in the game do not have a lot of skills to activate (3 each). Some may see this as damaging and restrictive, but it is above all in the service of a more dynamic gameplay. To overcome this, the developers offer a wide range of weapons that should delight players and allow them to “create” a class – or at least a way of playing their character – which is their own. Remember that New World was, at the start of its development, a sandbox survival game; and even if the sand-box side is no longer major, there are some aspects that recall this freedom in the choices offered.

Aeternum, the island we run aground on, is a perfect blend of breathtaking scenery and sordid history. Evil overwhelms the island, even if it appears to be really prosperous. Fauna and flora continue to regenerate despite the exhaustion of its essence. One of the strengths of New World lies in the unique settings and the different biomes that immerse us in the universe of Aeternum. However, the game does not require owning a latest generation graphics card to fully enjoy it, and this is a point not to be overlooked. We will not fail to underline the soundtrack, very qualitative and above all very varied, remarkable in particular when moving from one region to another. In addition to the gameplay briefly mentioned just before, the immersion is totally there thanks to the well-developed lore. And if – unlike Final Fantasy XIV or World of Warcraft – New World has chosen not (almost) not to incorporate cutscenes to let the players themselves immerse themselves in the general atmosphere, curiosity and thirst for discovery will allow them to make their own interpretation of the evil that overwhelms Aeternum.

On the “travel” side, the New World map is rather large, but the game does not currently allow you to have a mount. The one and only reason being that the developers do not believe that it is really useful for the moment. Once again, exploration and curiosity will be the key words in order to evolve in this world which does not wish you any good.. On the one hand, because you will be able to find points of interest with chests to open, but also to collect the resources needed to make your equipment and certain items.

WHEN FREEDOM IS AT THE MEETING

Whether it’s in the way we approach the game, the weapons or the progression of our character, New World offers a lot of freedom. To be clearer, there is no question of weekly quests that dictate our play sessions, on the contrary. From one region to another, different types of quests are available to us (rest assured, the famous Fedex quests also exist on Aeternum) and their variety will allow players to travel all over the island without realizing too much of the kilometers traversed “imposed” by the game. Between the main and secondary quests, the faction quests (PvP or PvE), the city quests or even the legendary weapon quests, you will have plenty to take care of.

The same goes for crafting: there are no trade masters and no restrictions on crafting. You are free to do whatever you want according to your needs or your desires. The trades are interesting, because you will be able to make useful objects for the beginning, the middle or even for the end of the game. Some professions will even be necessary for your progress: we can take the example of Stone cutting, which will bring you the recipes you need to make your own dungeon keys. Even fishing, a profession yet underrated in most of the MMOs, finds a significant use. On the other hand, if you don’t like crafting, New World just might not appeal to you: as it will require spending (a lot) of time chopping wood, mining for iron or silver ores, harvest vegetables and other plants for your trades. The trades are a part of New World that should not be overlooked, and depriving yourself of them amounts to putting an end to a huge part of the game.

We can end by mentioning the fact that the game does not force you to choose between two factions. The developers have managed to perfectly manage the “trifaction” (Marauders, Shadows and Engaged), which involves an endless struggle on Aeternum, accompanied by management of towns, territories and faction quests. Finally, New World opens the doors to your “home”: a house that you can buy, and that you are free to arrange as you see fit. However, the housing is in no way similar to that of The Elder Scrolls Online for example: you will just be able to expand your storage space in town or even collect bonuses by installing your trophies in your home. The housing is an interesting element that the developers can improve later, but for the moment it will be necessary to be satisfied with the development in a “roleplay” perspective.

As we were saying just before, New World has a wide variety of content. Whether you’re a PvE or PvP player, you’ll have plenty to take care of, even right after release. And we also have to keep in mind that an MMO is not necessarily complete when it is released and even years later, especially because more content will continue to be added by the developers over the months and years. . PvE is well supplied with a fairly large panel of quests. The exploration of the map will take you a little while: the different regions, the world bosses and especially the dungeons. Bestiary side, New World does not renew itself much and some similarities are obvious between different regions in terms of monsters encountered. On the other hand, the expeditions (the instanced dungeons) are totally unique with very interesting climbing mechanics to the final room. And even if we are faced with the same monsters as outside, we will note that an effort has been made on the patterns of the enemies. The combat mechanics vary completely from one expedition to another, and the resolution of small puzzles as well as the settings come a little to break this impression of déjà vu.

Regarding PvP, many activities will be available to you: Territory Wars in 50v50 where your goal will be to protect a fortress or to conquer it thanks to a point control system, but also the Breaks which are a joyful mix between PvE and PvP in which you will have to capture outposts, improve them with monsters and protect them from opposing players… Wild PvP is also a very popular way to play in New World and players who do not want to get involved. rub to others will enjoy the calm of PvE. Indeed, the status of PvP player turns out to be a choice and not an obligation.. If you are lucky enough to be part of a company – a guild – that enjoys PvP activities, you will be entangled with the other two factions in a tug of war and the taking of territory, which should appeal to the more daring.

Notable downside for the moment: no reward is planned for wild PvP players. Breaking waves are only allowed from maximum level and quite often the leaders of Territory Wars will be much more tempted to enlist high level players. There is clearly a lack of mid and late game content in New World and we sincerely hope that this inconvenience will be addressed by a good addition of content in the coming months.