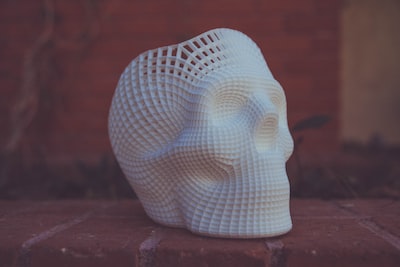 The Wall Street Journal reported on Friday that Gruden in a 2011 email used a racist trope to describe Smith.

The Super Bowl-winning coach, who at the time worked as a television expert, told the Wall Street newspaper he did not specifically recall writing the email but apologized for having used this language.

“Jon Gruden’s email denigrating DeMaurice Smith is appalling, heinous and totally contrary to the values ​​of the NFL,” the NFL said in a statement. “We condemn the statement and regret any harm its publication may inflict on Mr. Smith or on anyone else. “

The NFL wouldn’t say if it would look into the Gruden case, only that it was part of another ongoing investigation and relaying relevant information to the Raiders.

“I’m ashamed I insulted De Smith,” Gruden told ESPN, adding, “I never had a racial thought when I used it. … I’m embarrassed by what’s going on there. I certainly never wanted it to sound so bad. “

The email came to the attention of the NFL during the Washington football team’s work misconduct review that ended this summer.

The league has been made aware of emails raising issues beyond the scope of this investigation.

Gruden’s comment in an email to then-president Bruce Allen came during the 2011 NFL lockout of players. Gruden told the newspaper he was angry with the lockout during collective bargaining and did not trust the direction the union was taking.

“Over the past few months, senior NFL officials have reviewed the content of over 650,000 emails, including this email that was sent to a club employee,” the NFL said in a statement. .

“Earlier this week, executives presented a summary of this review to the commissioner and are sharing emails with Raiders executives regarding Coach Gruden. “

Raiders owner Mark Davis said in a statement that Gruden’s email did not reflect the team’s standards.

“The content of an email regarding Jon Gruden’s DeMaurice Smith when he worked for ESPN 10 years ago is disturbing and not what the Raiders stand for,” said Davis.

“We were first informed of the email late yesterday by a reporter and are reviewing it along with other material provided to us today by the NFL. We are discussing the matter with Coach Gruden and will have no further comment at this time. “

Smith will remain the executive director of the NFL Players Association for an additional term, which will be his last, after the union’s player representatives council voted to keep him on Friday.

Responding to the report in Gruden’s email, Smith told the Wall Street Journal, “This isn’t the first racist comment I hear and it probably won’t be the last.

“Such racism comes from the fact that I am at the same table as them and they do not think that someone who looks like me belongs. I’m sorry my family had to see something like this, but I’d rather they knew. I won’t let him define me. “