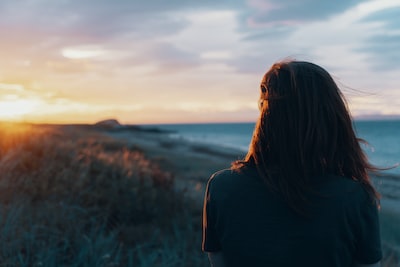 life is Strange : True Colors (Square Enix Europe, December 7, $ 59.99) – A bold new era in the award-winning Life is Strange series begins, with a new playable main character and an exciting mystery to solve in Life is Strange: True Colors! Alex Chen has long suppressed her “curse”: the supernatural ability to sense, absorb, and manipulate the strong emotions of others, which she sees as colorful, flaming auras. When his brother dies in a so-called accident, Alex must embrace his volatile power to find the truth – and uncover the dark secrets buried in a small town. – Read our review of Life is Strange: True Colors Game Review

Loop Hero (Devolver Digital, December 9, $ 14.99) – The Lich has thrown the world into a timeless loop and plunged its inhabitants into endless chaos. In Loop Hero, wield an expanding mystical card game to place enemies, buildings, and land along each unique expedition loop for the brave hero. Collect and equip powerful loot for each hero class for their battles, and expand the survivor camp to strengthen each adventure through the loop. Unlock new classes, cards, perks, and devious guardians on your quest to break the never-ending cycle of despair. – Read our review of Loop Hero

Wytchwood (Whitethorn Digital, December 9, $ 19.99) – Research and concoct devious spells and witchcraft in this handcrafted adventure game set in an expressive land of gothic fables and fairy tales. In the shoes of the mysterious old witch of the woods, you will explore a strange countryside, collect magical ingredients, prepare enchantments and exercise your twisted judgment on wayward characters and creatures. After all, how can they learn if you don’t teach them the moral of the story?

0x0 Minimalist (December 4, $ 3.99) – Classic computer puzzle game. Push to complete the puzzle, it starts off easy and gets really hard.

A YEAR OF SPRINGS (Dec 10, $ 4.99) – Discover the stories of Haru, Erika and Manami in A YEAR OF SPRINGS, a trilogy of visual novels about three female friends who navigate their feelings of love, connection and their simple desire to belong. In ONE NIGHT, HOT SPRINGS, visit the hot springs with Haru, an anxious young transgender woman who just wants to have fun on a trip with Manami but doesn’t want to cause any problems. In LAST DAY OF SPRING, spend a week as Erika, a well-meaning ex-offender who runs into more trouble than expected when she tries to organize a spa day for Haru. In SPRING LEAVES NO FLOWERS, help college student Manami think about what friendship and romance means to her by spending a day with Haru, Erika and her boyfriend.

Arcade Archives Liquid Kids (December 2, $ 7.99) – Liquid Kids ”is an action game released by TAITO in 1990. Take control of the young hero of the hippo tribe, Hipopo, and fight the fire demon to protect the peaceful Woody -Lake. An adventure full of danger and excitement has only just begun. The “Arcade Archives” series has faithfully reproduced many classic Arcade masterpieces. Players can change various game parameters such as the difficulty of the game, and also reproduce the atmosphere of the arcade screens of the time. Players can also compete against each other around the world with their high scores. Enjoy the masterpiece that built a generation of video games. * This game uses Japanese ROM for the main part of the game. The options menu and manual are available in Japanese, English, French, German, Italian and Spanish.

Asteroids : Recharged (Dec 14, $ 9.99) – The original space shooter comes to the modern age! Asteroids: Recharged has been reimagined for modern gameplay, featuring vibrant visuals, powerful new abilities, and yet another original soundtrack from award-winning video game composer Megan McDuffee. Asteroids: Recharged creates a familiar, yet revitalized and modern challenge for old school high scoring hunters and newbies alike. And 30 unique and creative challenge levels take the space shooter game to new territory, with local and global leaderboards. A whole new collection of upgrades, including ranged fire, rail cannons, reflective shields and more, will help you fend off aggressive asteroids and UFOs. Co-op play lets you play with a friend and ramp up the intensity of the game as players do their best to coordinate and survive.

Aquarium Clockwork (ININ Games, Dec 14, $ 19.99) – Westone’s hidden arcade treasure is back! The arcade treasure long considered lost by the legendary Westone team has finally come to light after 30 years! In cooperation with Strictly Limited games, the unfinished ROM was dug up and finalized with the help of the original developers. The gorgeous pixel art was the best in its class at the time and hasn’t lost any of its charm over the years. Jump and run through a colorful fantasy world, pick up and throw your enemies, hit multiple times at the same time to get a multiplier and boost your score! You can also play with up to two friends, will you collaborate to take down Dr Hangyo or try to sabotage each other to get the highest score? – Read our Clockwork Aquario review

Ever Forward (Dec 7th, $ 14.99) – Ever Forward is a puzzle adventure game – that’s Maya’s story. Maya is lost in a strange world, somewhere between reality and imagination. She is alone to face her despair on her journey of discovery, where she must unlock her memories and face her fears to unlock the secrets of the world. Players will need to use their sense of observation and their intelligence to solve multiple puzzles in order to unravel the mystery of Maya’s past and uncover the dark secrets she has buried.

Iridium (Nov 30, $ 11.99) – Earth’s colonies have been attacked and destroyed. The distance and time between each attack corresponds to an enemy traveling using technology faster than light. Each attack brings them closer to Earth. It’s only a matter of time before they reach us. The World Defense Force must act, with centuries of peace leaving Earth with limited military options. The Iridium project is launched on the market – It is our last, best and only hope. The little Iridium scout ship has been transformed into a fast attack ship. True to its namesake, it is built on modern Iridium technology. Equipped with an inertial damper for fast directional turns, protected by a high power shield, equipped with advanced and scalable weapon systems and an Iridium alloy shell stronger than any material produced before. You are our pilot, our best hope. We must stop the invading forces or we will face certain annihilation!

Kubinashi Recollection (December 9, $ 11.99) – Sekibanki embarks on a great adventure in a dream world to find his lost memories! Use your own head to attempt to clear stages filled with all manner of obstacles in a 2D puzzle action game like you’ve never experienced.

Memories of East Coast (Dec 10, $ 4.99) – Experience the bittersweet emotion of the character Sam as he embarks on a meditative journey to a place he hasn’t visited in fifteen years, where a specter from his past unexpectedly arises and forces him to face old truths in a new way. Hand-drawn illustrations and a carefully curated soundtrack of lo-fi music accompany you on this stimulating exploration of memories, be they good or bad. Blending candid storytelling with psychological commentary, Memories of East Coast invites players to consider other perspectives on loss, grief, and illness, layering complex themes for total immersion without any character art. It is a personal journey, colored by nostalgia and which blossoms fully in the mind of the player.