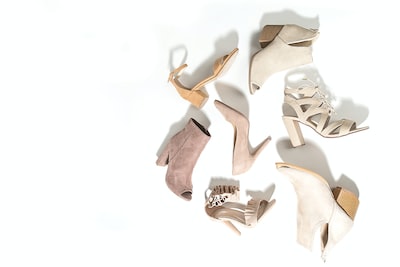 L’Art De L’Automobile is not only a prestigious vehicle sales company based in Paris. Indeed, its founder, Arthur Kar, created in parallel a clothing line on the theme of the automobile, while his latest achievement, the Porsche 968 L’ART, is for him the culmination of a dream: to reimagine in its own way the Porsche 968.

More than a simple vehicle sales company, L’Art De L’Automobile has also become a true Parisian fashion “label” thanks to its founder Arthur Kar, and has been for many years. The first L’Art De L’Automobile logo, designed by the latter, in fact dates from 2011. Meeting a resounding success with customers, this logo very quickly led to the creation of t-shirts, then to collections of clothing and accessories inspired by the lifestyle around sports and vintage cars. It was therefore very appropriate to present Kar’s new project, the 968 L’ART, during Paris Fashion Week, between September 30 and October 3, 2021.

This neo-retro prototype, which is none other than a Porsche 968 recarrossed in a chic and urban style, will be exhibited in the Parisian district of Marais throughout the duration of this event, where the greatest international fashion designers are jostling each other. . The Porsche brand is supporting the 968 L’ART by launching a capsule collection of six items of clothing, in parallel with the collection offered by L’Art De L’Automobile from this Thursday, September 30. Meet at 35/37 Rue des Francs Bourgeois, 75003 Paris, or online to discover these exclusive clothes and accessories.

Born in Beirut and then raised in Paris, Arthur Kar spent much of his childhood in his father’s car workshop. At the age of 16, he started working in a French Porsche center and quickly developed a passion for these iconic German sports cars. With the goal of affording his own Porsche, Kar gradually gained momentum by refurbishing vehicles and shipping them to customers around the world. His interest in streetwear and the success of the logo he created for his company then drove him to create a ready-to-wear brand, which is now successful. Very recently, his attachment to the Porsche 968 resulted in the creation of the 968 L’ART, a neo-retro sports car re-spruced up in its own way.

Eighteen months were needed to manufacture the 968 L’ART in a Parisian workshop. The Porsche 968, the base car used by Kar, turns 30 this year, which is no coincidence! The design of the showcar is inspired by the look of this famous “PMA” (Porsche Front Engine) from the 1990s, but with an undeniable modern touch. It is a Cabriolet version of the 968 which has been modified into a roadster with a double boss at the rear reminiscent of the German manufacturer’s Speedsters. In the style of modern Porsche productions, the stern incorporates a large light strip displaying the lettering “Kar” on the right side. The front lights have been erased in favor of thin LED strips placed lower in the shield. The “Cup” style rims offered at the time on the 968 were simply repainted in black here.

The 968 L’ART project, supported by Porsche, offers itself the luxury of integrating made-to-measure accessories provided by the manufacturer’s historical partners such as TAG Heuer for the times on the dashboard, Recaro for the covered bacquet seats “d ‘eco-leather’ and Bose for the audio system. Mechanical level, we assume that the vehicle has retained the large atmospheric 3.0 four-cylinder 240 hp from the 968. Remember that this showcar is visible between October 30 and September 3, 2021 in the Marais during Fashion Week in Paris.