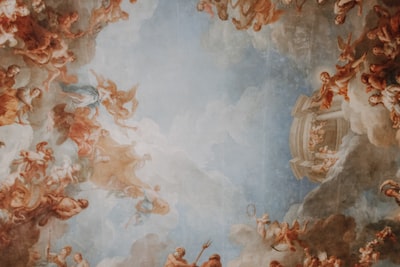 Porsche Taycan, the artist’s source of inspiration? After painter Richard Phillips and photographer Tomek Kumakorsky, it’s time for Australian artist Nigel Sense to turn an electric sedan into a work of art. Entrusted by Porsche on the occasion of the 70th anniversary of the brand’s existence in Australia, the painter created the coloring inspired by his usual work and produced the Taycan art car. The result is a very colorful Taycan, on which countless shapes mix. Looks like an electric Porsche came out of the cartoon!

According to the artist himself, the shape drawn on this Taycan turbo is “a map and lines leading to the unknown”. An Australian painter wanted to copy “the excitement of moving from one place to another and the excitement of discovering something beyond the horizon”. Porsche has announced that an exhibition of this art car is planned. In the meantime, it is possible to have these virtual images.

Since the peculiarity of this new art was presented by the craftsmen of Stuttgart, its image by acquiring these virtual tokens, the NFTs, which allow to obtain a certificate of authenticity of the work, can you obtain. Therefore, photographer Derek Swalwell (also Australian) was tasked with taking photos of the Taycan customized by Nigel Sense, whose certificate of title was auctioned as NFT. The starting price was 2 ETH, or € 7,098.1 at the time of writing.

Porsche, which electric vehicles need, specifies that the NFTs extracted on this occasion are carbon neutral. “Because it is offset by the Porsche Impact program, which allows drivers of Porsche models to plan their trip by calculating potential CO2 emissions. The image of the property sold shows the artist Jean. It is accompanied by music composed by Sill. Proceeds from the will be donated to the Australian Center for Contemporary Art.

Porsche Taycan definitely inspires many artists. To celebrate Porsche’s 70th anniversary in Australia, the Stuttgart brand called on local artist Nigel Sense. He painted the body of an electric car in dozens of shapes and colors to make it into an art car. Then the image of the car was auctioned through the NFT token system.