SamaGame > Samsung > [HOT] : Samsung 65QN95A review: what is the first Micro-LED TV worth? 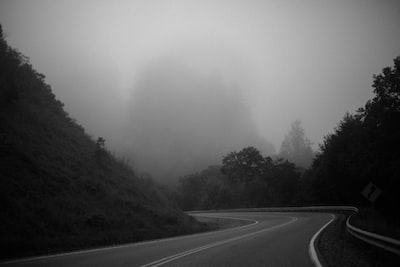 In 2021, Samsung’s king TV isn’t 8K. Indeed, at the Korean manufacturer the time has come for the deployment of its latest screen technology, the mini-LED. This one is not entirely new and has already been seen many times in its XXL format also known as “The Wall”. More precisely, it is a lighting technology that is supposed to improve not only the brightness of the screen, but also its contrast with a much more precise backlighting.

The embodiment of this new mini-LED technology, the 65QNA95 is not simply the first of its kind to appear in stores. With it, Samsung is doing more than just introducing new technology. It is a breakthrough model insofar as it concentrates at the same time a new panel, a new processor, a specific design with a new version of One Connect but also a new remote control. This shows how much this latest model symbolizes the technological know-how of the Korean brand and how crucial it is for its status as the world’s leading TV seller.

The first advantage of the mini-LED is visible to the naked eye, even to the uninitiated and for good reason, it is its thickness. Indeed, this backlighting technology is of such finesse that it allows Samsung to offer a very nice product that does not exceed 2.5 cm in thickness. Evil tongues will say that the OLED does even better, but on the one hand this is not always true on the entire chassis and on the other hand, we must not forget that any mini-LED that it is the QN95A remains a QLED panel, in other words resulting from LCD technology. In short, we start from afar.

To be so fine, the QN95A of course has a secret which has not been so well kept for a few years. Indeed, on its high-end TVs, Samsung hides a good part of its electronics and its connections in a remote box, the famous One Connect. In 2021, the latter gets a makeover and adopts a slimmer design. Unfortunately for buyers of the Samsung mini-LED, spending between 2,500 and 6,000 euros does not entitle them to have the most successful version of One Connect. Indeed, it is for the moment the privilege of 8K televisions, the QN900A and other QN800A, which is after all absurd. And for good reason, this “high-end” version of the box has only one additional property: its ability to hang on the back of the TV stand. In other words, it is a cover-up that costs a lot of money.

With the QN95A, it is also the remote control that changes. Exit the minimalist brushed metal accessory that fitted TVs from previous years. The new remote control now incorporates a battery instead of batteries as well as a small solar panel at the back to be recharged. Samsung had also based much of its communication on this “new” generation of remote control which would, according to its statements, reduce the consumption of AAA batteries by 99 million units over the next seven years. Difficult to judge the relevance of such a prediction during a test of a few days, but what seems obvious is that the use of solar has little consequence on the daily use of the accessory. It is now equipped with a microphone as well as shortcuts to Netflix, Amazon Prime and Samsung TV Plus, as well as a USB port to be recharged when the sun runs out.

Finally, with regard to the TV stand, Samsung has opted for a very classic solution with a rather discreet central stand that raises the TV just enough to accommodate a sound bar.

Image quality: and the light came from the mini LED

Effort in the design or the design of the remote control is one thing, but it is of course the picture quality that the QN95A is most anticipated. And for good reason, it is the first mini-LED TV to be marketed. While it is not yet a question of threatening the supremacy of OLED, this lighting technology is undoubtedly the major argument of LCD / QLED.

The first, rather interesting finding is that Samsung’s mini-LED is perfectly calibrated right out of the box. No need to waste hours in the menus, the color rendering of cinema mode is impeccable. Moreover, useful clarification: the QN95A has both a cinema mode and a “Film Maker” mode. The difference for the user? It is imperceptible since the two modes display identical results. Regardless, the color fidelity is just perfect with a Delta E measured at just 1.7 in Rec. 709. Remember that below 3, the human eye is not able to perceive the difference between displayed colors and optimal colorimetric standard.

Saying this fails to answer this model’s essential question: Does the mini-LED panel have an impact on image quality? The impressive brightness of the mini-LED (more than 2000 lumens for the light peak) really allows it to shine even in difficult conditions, displaying in particular a record contrast for an LCD panel (14106: 1). On this critical point, the mini-LED cannot compete with the infinite contrast of the OLED, but thanks to a distribution of the lighting over 864 zones, the technology dear to Samsung represents the best alternative to that of LG. On the other hand, despite this astonishing level of contrast, we were able to observe a slight blooming (parasitic light halo) at times, particularly on the subtitles.

At first glance, Samsung’s new TV looks perfect. In reality there remains a slight defect concerning the viewing angles. On this point, OLED still has an advantage but in all cases, the filter used by Samsung remains superior to that of most of its competitors in LCD.

The other irremediable flaw this time concerns the management of HDR. The Samsung TV is compatible with home formats, HDR10 and 10+ as well as with HLG. And given its performance in the management of this content so greedy in brightness, we can only deplore the fact that the Korean brand continues to turn its back on competitor Dolby Vision. In this area, the logic of trade war takes precedence over the interests of the consumer and this is regrettable.

Finally, by dint of looking at the contributions of the mini-LED we almost forget that this QN95A has another strong argument: a new processor. The Neo Quantum Processor is a slight evolution of the Quantum Processor which relies even more on artificial intelligence. The principle is always the same: the television is able to detect in real time the nature of the content being viewed and to apply the best settings to it to improve the rendering on all areas of the screen. If it is difficult to judge the progress of the in-house algorithm, it should however be noted the excellent performance of this television in terms of upscaling.

As a result of all the many hardware changes: the interface has changed little. Indeed, it is the house system, Tizen, which is in the spotlight and it has not changed much since last year. All in all, this is a very well thought out OS, perfectly integrated and, importantly, up to date at the application level. Indeed, do not count on Samsung to forget to integrate one of the applications of the moment: everything is there, from Molotov to Disney + via Prime Video and MyCanal. Above all, the interface leaves enough freedom for the user to orchestrate the display of apps according to his desires. But then, what is wrong?

Our record on Tizen is not entirely satisfactory. In progress for several years, especially in terms of fluidity, the latest version of the OS from Samsung still suffers from painful delays. When changing menus and even more when switching from one application to another, we noticed a significant latency time, greater than a second. Certainly, this is not crippling, but on the one hand Samsung had accustomed us to better and on the other hand, it is a lack of seriousness on a model of nearly 3000 euros.

These slowness put aside, Tizen proves to be a good daily companion with, among other things, very effective voice control. As such, we welcome the addition of a mic on the TV (in addition to the one present on the remote), but it’s unfortunate that this only works with the Bixby Assistant. Finally, Tizen is also the famous Ambient mode, much appreciated by users of the brand and which made the success of the Frame. This mode, which makes it possible to display a museum painting or a photo instead of the traditional standby mode, is ecological nonsense (since the consumption is almost identical to that of the television on), but a visibly valid selling point.