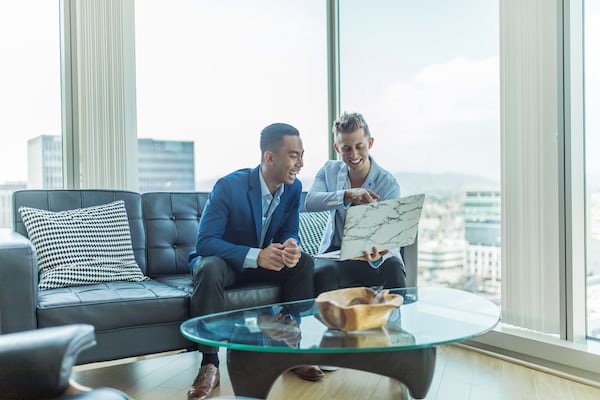 SK Hynix is ​​very proud to let us know that it is the first to offer DDR5 chips with a capacity of 24 Gb, “just fourteen months after being the first to distribute chips from DDR5 DRAM in October 2020 ”.

These DDR5 chips help “consolidate its position as a technological leader” in this area. It is thus a question of putting forward an ever higher density. SK Hynix indicates using “1anm” technology for these new chips.

Not content with increasing the capacity of chips from 16 Gb to 24 Gb by improving the density, the process must allow increased yields and significantly lower consumption. At equal capacity, SK Hynix talks about a 25% reduction.

According to the South Korean, such chips will allow the production of 48 and 96 GB memory modules. Of course, they are intended above all for the largest “consumers”, the data centers used for the Cloud, but also high-performance servers specializing in artificial intelligence and machine learning

SK Hynix was the first company to market DDR5 DRAM in October 2020. Today, it reports that it has developed 24 Gb DDR5 chips; so far the highest density was 16 Gb.

These 24 Gb DDR5 chips are produced using “1anm state-of-the-art technology that uses the EUV process”, in other words the fourth generation at 10nm. The 16 Gb DDR5 chips, on the other hand, are made from the 1ynm process, a node between 14 and 16nm. SK Hynix argues that the efficiency is increased by 33% for the new chips. In addition, this also reduces, at equal density, consumption by 25%. The firm indicates that the 24 Gb DDR5 chips will first be used to manufacture 48 Gb and 96 Gb memory modules for data centers.

Kevin (Jongwon) Noh, President and Chief Marketing Officer, SK Hynix, said, “As part of the launch of our 24Gb DDR5, SK Hynix is ​​engaging closely with a number of customers who provide cloud services. We will continue to strengthen our leadership in the growing DDR5 market by introducing advanced technologies and developing products with an ESG approach ”.

The production of DDR5 RAM has run into the shortage of components. So much so that it is already difficult to obtain bars, scalpers do not hesitate to resell them at prohibitive prices. Good news, the price of DDR5 RAM is about to drop.

By 2023, DDR5 RAM will be found in a majority of computers and smartphones. The new ultra-fast RAM standard still needs to be produced in sufficient quantity. While it has only just made its appearance on the hardware market, DDR5 RAM is already nowhere to be found. Blame it on the shortage of power management integrated circuits that drastically slows down production.

As a direct consequence, smart people do not hesitate to speculate. Scalpers are reselling DDR5 RAM sticks at exorbitant prices on eBay. In its latest report, however, TrendForce estimates that the price reductions for DDR4 and DDR5 RAM will be respectively 5 to 10% and 3 to 8% at the start of 2022 compared to the previous quarter.

DDR5: WHEN WILL PRICES DROP SIGNIFICANTLY?

As the prices of mobile DRAM begin to decline, manufacturers have started to reallocate some of their production capacity towards manufacturing DDR5 and DDR4 RAM for PCs. Hence the fact that prices are about to drop slightly.

On the other hand, the average selling price of DDR5 modules should not decrease significantly, at least initially. According to TrendForce, this is due to “Low penetration rate”, 12th generation Intel Core Alder Lake processors only available since early November. Customers can also always choose to opt for a DDR4 module on their motherboard.

When vendors start ramping up DDR5 RAM production and Intel floods the market with additional Alder Lake processors, that should change. In addition, the switch could take place when AMD Zen 4 processors are in the news, which is at the end of next year according to the latest announcements from AMD.

24Gbits DDR5 Dram memory chips have just been sampled at SK Hynix – according to the South Korean this is a record density for a Dram chip, DDR5 usually containing 8 or 16Gbits. These 24Gbits DDR5 memories are manufactured in a 1anm process using EUV extreme ultraviolet lithography, with reduced energy expenditure during production. At equal capacity, Hynix 24Gbits DDR5 consume 25% less than equivalent models. They will first be offered in the form of 48 and 96GB modules for cloud data centers, as well as for high-end servers dedicated to artificial intelligence.

Currently, DDR DRAM offerings are mainly available in 8GB or 16GB density, with the highest density being 16GB

The announcement of SK hynix’s launch of the industry’s highest density DDR5 chip comes just 14 months after the company became the first to launch DDR5 DRAM in October 2020, further strengthening the technology leadership of the manufacturer of DDR5 chips.

The new 24gb DDR5 was produced with the advanced 1anm technology which uses the EUV process. It has a density of 24 GB per chip, which is higher than the existing density of 16 GB in DDR5 1ynm, with improved production efficiency and speed increased by up to 33%.

Based on system power consumption to support same module capacity

The initial offerings for this product are set on 48 gigabyte (GB) and 96 GB modules for delivery to cloud data centers. It is also expected to power high-performance servers for processing big data such as artificial intelligence (AI) and machine learning, as well as building Metaverse applications, among others.

Kevin (Jongwon) Well, president and chief marketing officer of SK hynix, said, “As part of the 24gb DDR5 release, SK hynix is ​​engaging closely with a number of customers who provide cloud services. We will continue to strengthen our leadership in the growing DDR5 market by introducing advanced technologies and developing products with ESG awareness. ”

“Intel and SK Hynix have a long history of working closely together,” said Carolyn Duran, vice president of memory and I / O technologies in Intel’s data center and AI. “Today’s announcement * i is another illustration of our two companies working together to deliver a 24Gb solution to meet the needs of our mutual customers. The 24 Gb DDR5 offering provides high mono chip capacity and will help customers improve the performance of memory capacity related workloads such as data analysis while delivering significant total cost benefits of possession.”

SK hynix Inc., headquartered in Korea, is the world’s leading semiconductor supplier of dynamic random access (“DRAM”) memory chips, flash memory (“NAND Flash”) chips and sensors. image CMOS (“CIS”) image for a wide range of distinguished customers around the world. The shares of the Company are traded on the Korea Stock Exchange and the shares of Global Depository are listed on the Luxembourg Stock Exchange.