SamaGame > Slay the Spire > [HOT] : Slay The Spire »How to Unlock All Part Nine Achievements and Trophies 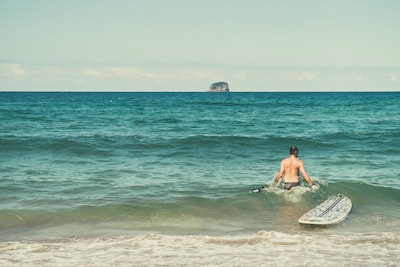 [HOT] : Slay The Spire »How to Unlock All Part Nine Achievements and Trophies

[HOT] : Slay The Spire »How to Unlock All Part Nine Achievements and Trophies

If you are proficient in your character and their cards, reaching the end of the third floor won’t be a problem (see Ruby if you need advice). For the rest, you have to count on your luck. When you get to floor 3, look at the boss symbol at the top of the map. If it’s not the one below, you will encounter an opponent other than Donu & Deca, which will require you to start a new ascent for that trophy.

Beat the game with the Defect.

Beat the game with the Defective.

The Defective is arguably the most complex character of the lot. It incorporates a new form of gameplay through the use of orbs and it generally allows you to do damage, defend yourself, accumulate mana and play a lot on beneficial conditions. On the other hand, the concern with him is to succeed in getting organized in all his cards. If you mix up too much in the organization of your deck, you may lose efficiency and end up hitting an opponent who is too strong for you.

Precisely, in order not to get too lost, we will only discuss the orbs of the Defective. If there is one character where the experience of the game is most important, it’s him, so start games and give him a try.

The Defective naturally has three locations above its head. This is where he puts the orbs that the majority of your cards will activate, what we call “channel”. There are four types of orbs:

This is what these orbs do when they are channeled, but as stated before you only have three slots. When you make a fourth orb, the first one created is “activated” and will advance its skill before disappearing. Most of the gameplay Defective is to play with these orbs in order to chain your opponents while creating armor and mana. You just have to take into account that plasma orbs are always linked to quite rare cards.

Technically, it is possible to be invincible with this character if you have the right cards to chain the orbs over and over again. If you check out the video in the spoiler below, you can see that the player, upon reaching the third floor, faces the ephemeral trophy The Transient, can no longer be stopped in its sequence.

However, unlike an infinite combo of the Silent or from the Guardian, there are too many pieces to put together. This involves too much luck in the choice of cards, so it is not optimal to attempt it with the Defective.

Also know that you can amplify the power of your orbs through concentration. Consult Focused to know more.

Apart from its orbs, the Defective has the possibility to draw well but also to play a lot on the powers thanks to the card Creative AI. As soon as you see the latter, never hesitate to take it, it will be very useful in giving you beneficial condition changes.

Beat the game with a deck containing no uncommons or rares.

Beat the game with a deck that does not contain any uncommon or rare cards.

Roughly speaking, you have to beat the game only with community cards, namely those that have a gray box in their illustration. Playing only this kind of cards makes this challenge particularly complex since, inevitably, they are the ones giving the least advantages… except for the iron soldier.

The best way to achieve this trophy is to apply your nag combo which is described in the trophy. Ruby. Very precisely the version with the Heavy blade since the latter is a common card unlike Tourbillon. In this way, and without forcing, I was able to beat the game with community cards only and in addition by doing less than 25 minutes as shown in the result in the image below.

Be especially careful with what you choose for your deck. Any uncommon or rare card you take, even if you remove it afterwards, will block this trophy.

Do not hesitate to accumulate this trophy with Minimalist if you get there.

Have 25 or more Focus during combat.

Have 25 or more focus points during combat.

Concentration points allow the Defective to make his orbs more powerful during combat. Three cards allow him to concentrate:

Prefer the + versions since they allow you to accumulate 1 additional point of concentration. By the way, be careful with the use of cognitive bias: once triggered, your concentration will tirelessly lose 1 point per turn. You must therefore necessarily counterbalance with the other cards in order to succeed in increasing, otherwise you will come back to 0.

25 points of concentration, that’s a lot for a fight, especially since you will do terrible damage to your opponents with your orbs. The easiest for this trophy would be to find the map Creative AI. The latter allows at the start of each turn to add a power type card to your hand, which implies defragmentations. By combining this trick with orbs of ice to defend yourself against enemies, you can very easily have 25 points of concentration.

Channel 9 Plasma in a single turn.

Create 9 plasma in one turn.

Plasma is a form of orb that can be created the Defective. Already, being able to create one or two is already rare, so nine in one turn, you will need a good organization. In addition, it is better to know how this hero works so do not hesitate to play a few games with him. Either way, you will need the following cards:

Then try to have a small pickaxe, it will make the method easier. Of course, having the mentioned cards in more than one copy will always be advantageous. Also make sure you have Double energy, Chaos and Cold blood in improved version. If you also have relics that increase your mana stock, that will be great.

Naturally, the Defective has three locations above its head to store its orbs. When you create more than three, your hero will automatically use the oldest orb in his pool. If a plasma is activated, you gain 1 free mana point, allowing you to continue playing cards.

The best way to quickly create Plasma Orbs is with the map Meteor strike. Only, it is very expensive: 5 mana. The idea is therefore already to prepare your basic energy via your relics or cards like Double energy +. Then make sure you have in your hand Meteor strike, Rebound and Browse Where Cold-blooded +. Play first Rebound then Meteor strike. Draw immediately and you will have again Meteor strike in hand. If you use it again, you will already be at 6 plasma orbs used in one turn.

Then continue to play cards allowing you to draw while creating orbs like Cold-blooded +. This will activate the plasma in your reserve, which will create mana. Try to play cards as many times as possible Fusion and or Chaos+. You will thus succeed in creating 3 more plasma orbs. Of course, you can just as easily combine Rebound and Fusion, so you can be sure of what you draw directly.

The important thing is to create 9 plasma orbs in the same turn. Whether they are then activated or left in the reserve does not matter.

Do not be discouraged by achieving this trophy, it is one of the rarest on the PSN, surely because of this precise organization to be put in place. Again, you will need a little luck to have the right cards in your deck, especially Meteor strike which is quite rare.

Defeat the Transient before it fades away.

Defeat the Instant before it disappears.

Instant is a random monster that you can encounter on the third floor in normal combat or through “?” Events. But if this is due to chance, know that it is still quite common to meet.

This opponent is distinguished from all the others by his special abilities: