SamaGame > Slay the Spire > [HOT] : Slay The Spire »How To Unlock All Part Ten Achievements and Trophies 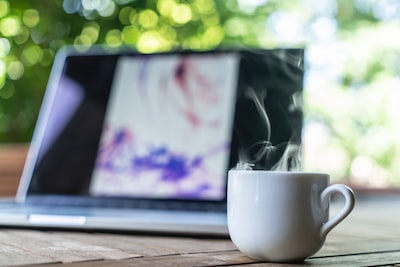 [HOT] : Slay The Spire »How To Unlock All Part Ten Achievements and Trophies

[HOT] : Slay The Spire »How To Unlock All Part Ten Achievements and Trophies

For this trophy, you must therefore remove the 999 HP of your opponent before he dies of himself. Your deck must therefore hit hard enough (which is obligatory to survive on the third floor anyway), but will you manage to remove that many hit points in 5 turns? With the nag combo of the Iron Soldier (cf. Ruby), you may be able to achieve this.

Obviously, if you meet him during a run while using an infinite combo of the Silent (cf. Emerald) or the Guardian (cf. DLC), this trophy will not be a problem for you since you will never go beyond turn 1. A deck built around poison can also be a great idea here, as long as you inflict a lot of it per turn.

By completing a full game with a character, you get Ascension level 1 for that hero. This allows you to start a new run this time with a specific penalty. If you still manage to win, you will unlock level 2. This will add a new penalty, while cumulating in addition to that of level 1. It will be necessary to advance in this way until the end of level 20 for this trophy, which will involve a game with 20 penalties!

Here is exactly what awaits you:

It’s up to you to put your knowledge and mastery of the game on the table. Everything will come in handy, whether it’s the infinite combos, defensive decks, nag techniques, etc. The important thing is above all to adapt as best you can according to the cards, events and relics that the game gives you.

Honestly, you will lose regularly but perseverance will inevitably make you succeed. If during an ascent, luck was not there, tell yourself that it will be the next time. The wheel is still turning.

I also recommend that you have made all the other trophies in the game before this one. You will thus have an excellent mastery of Slay the Spire and you will only have to choose the hero with whom you are most comfortable to succeed in all these climbs. Choose well and then don’t change, each validated level is specific to the character used.

Incidentally, even if it goes without saying, do not try to reach the fourth floor by gathering the three jewels of The End?. Be content with each level of ascent to beat the boss of the third floor and stop there. If you continue further, you will have to beat the real final boss to validate your ascent and clearly this is making this trophy unnecessarily (and extremely) difficult.

Complete the Ending with the Ironclad.

See the End with the Iron Soldier.

Complete the Ending with the Silent.

See the End with the Silent.

Complete the Ending with the Defect.

See the End with the Defective.

Complete the Ending with the Ironclad, Silent, and Defect.

See the end with the Iron Soldier, the Silent, and the Defective.

In order to hope to achieve this trophy, you must already defeat the game normally with the three characters via Ruby, Emerald and Sapphire, that is, eliminate the boss at the end of the third floor and then see the strange scene with the Heart of the Tower.

Once your three victories have been obtained, it is then possible to collect three jewels during an ascent. In order to reach the “real” end with a hero, you have to take these three jewels and then defeat the boss of the third zone again. This will unlock the fourth floor. Regarding gems, here’s how to get them:

Now that you’re on the fourth floor, hopefully you have a solid deck as what lies ahead is an extreme hike in difficulty compared to the rest of the game.

The fourth floor only consists of four mandatory rooms: a resting place, a merchant, an elite monster and the final boss. Don’t hesitate to spend all your gold on relics or potions at the store, your purse will be useless afterwards.

Regarding the elite monster, this will be the first time you will be attacked in front of and behind you. Obviously, you take more damage when someone hits you from behind. Apart from that, this fight is nothing very special except that it already hits hard. Avoid losing life as much as possible, you will need it for the future.

What awaits you at the end? The Corrupted Heart of the Tower:

There are not 36 solutions against this opponent, you must eliminate him during the third or fourth turn while managing to take the damage he can do to you. You must also be vigilant with the penalties it gives you since it can break an infinite combo if you have too many cards in your deck.

Keep in mind that you have to hit hard and fast and then defend yourself. Provide armor-type cards in addition to the nag technique of the Iron Soldier (cf. Ruby), play poison while protecting yourself if possible with the Silent (cf. Emerald) and vary the orbs of the Defective (cf. Sapphire). And the Guardian does not count here, know that you will still have to beat the Heart with her for a trophy that is specific to her in her DLC.

By starting a new ascent, you have the opportunity to do a daily challenge. Each day, this mode allows you to climb with specific rules such as a mandatory character, a specific deck at the start of the game, penalties of varying degrees of difficulty, more or less interesting bonuses, etc.

In order to get this trophy, you will need to complete a daily challenge by defeating the boss on the third floor. If you ever find a climb too difficult, just wait until the next day. The rules will have changed and they may be more favorable for you.

Please note that no other trophy with a view to platinum can drop during a daily challenge.