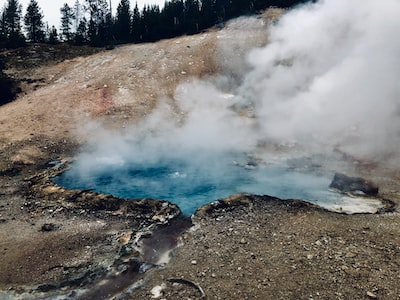 La update 7.0 continues the deployment of the Season Pass “Search & Recovery” on Snowrunner. It brings, among other things, the new card Imandra Thus than a new vehicle, the TUZ 108 Warthog.

Find in this article a complete presentation of the new vehicle, the TUZ 108 Warthog!

How to unlock the TUZ 108 Warthog?

As a base, the TUZ 108 Warthog is not purchasable from the garage when you first start the game. To get it, you need to follow the following steps:

A noter : like access to the Imandra card, the TUZ 108 Warthog is only obtainable for players who have the “Search & Recovery” season pass on Snowrunner.

General presentation of the TUZ 108 Warthog

The TUZ 108 Warthog is a vehicle of the category “All-terrain”. It is a fairly light vehicle, of a rather small size and more oriented towards exploration and transport in complicated areas.

Now let’s take a look at the possible customization of the vehicle.

-We will first note the possibility of having 3 different engines, the basic one and two improved versions found among the improvements present on the Career maps and Zimnegorsk in Taimyr (see our guide to Taimyr upgrades).

-For the gearboxes, the player has three possibilities: “balanced” (basic choice), “high speed” as well as “all-terrain”. The last two options are respectively on the Mountain River map in Alaska (see our guide) and Drummond Island in Michigan (see our guide).

-The player then has the choice between three types of suspension: “standard”, “active” and “raised”. The last two options are unlocked on the Imandra card (see our guide).

-As for the chassis modules, you will have the choice between 6 customizations: the chassis maintenance module, the small guardrail platform (a storage location), the small fuel trailer, the IM50 loading crane, the low hitch and the repair tool box.

-Finally, your vehicle can alternate between RWD or AWD (if you do not know exactly the difference, we invite you to read our guide dedicated to the question). You might as well tell you right away, without the AWD you won’t get far.

The TUZ 108 Warthog is a vehicle in the “all-terrain” category small in size, especially compared to other models such as the Azov 64131 (see our screen below which gives an idea of ​​the size difference). So it’s not necessarily going to have the same utility as big all-terrain trucks.

After a few tests of this new truck, it should be noted that it is rather efficient in difficult areas (snow, ice, mud) once it is properly equipped. It’s fast, goes everywhere and doesn’t get bogged down easily. So that’s a good point on that side.

However, small size requires, as soon as you start to load it enormously, the efficiency is reduced drastically. It struggles in difficult terrain, skates, gets stuck and turns over quite easily under the weight of the load.

So I tend to say that the TUZ 108 Warthog is an intermediate vehicle between the scout and the all-terrain. It is small, goes everywhere, quite fast but does not support the load very much. It will therefore be particularly useful for delivering one or two cargo units to remote and hard-to-reach places where larger trucks would hardly pass. That’s good, the Imandra card is full of this type of place!