SamaGame > How To > [HOT] : Spelunky 2 Shortcuts – How to unlock each Part one shortcut 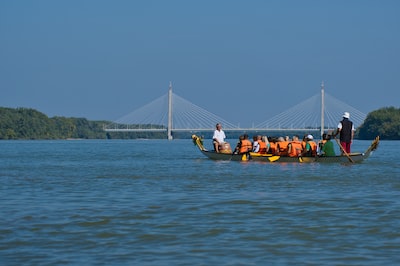 [HOT] : Spelunky 2 Shortcuts – How to unlock each Part one shortcut

[HOT] : Spelunky 2 Shortcuts – How to unlock each Part one shortcut

Spelunky 2 It may be a daunting game at first glance, but there are plenty of methods to help you venture deeper and deeper into the earth. Shortcuts can be unlocked with enough resources, allowing you to bypass areas you have already completed and go straight to certain sections of the game. You will still have to go through each area a certain number of times to be able to build the shortcuts, but your tenacity will be rewarded with an easy route to new areas that will bring you closer to the end of the game. Here’s how to unlock shortcuts in Spelunky 2.

How to unlock shortcuts in Spelunky 2

To unlock shortcuts in Spelunky 2, you need to meet a character named Terra. Terra will create shortcuts for you if you provide it with the appropriate resources. You’ll first encounter her at the end of World 1-4, and you’ll encounter her more often as you venture deeper underground. You will need to meet Terra at each location three times to completely create a shortcut. Once the shortcut is complete, you can find it on the left side of the main hub area.

All the requirements for each shortcut are listed below. Just have the items listed for Terra ready when you see her.

These requirements are fairly straightforward, and you should get the necessary items through natural play by the time you reach Terra. Get 2 000 $ shouldn’t be too difficult, and just hang on to one of your Bombs for Terra the second time.

Get 10 000 $ can be a bit tricky, but it’s definitely doable. Crush every vase and jar you come across and grab the gems inside, and go for the Ghost jar when you see it for a mere $ 5,000. The ghost will appear when you break the pot, so be ready to run for an exit. The ghost only appears when you break the pot, so you can take the Ghost pot, bring it to the exit, and smash it right next to the door to keep you safe.

These requirements are a bit more complicated than the previous ones, but they are still manageable. Just hang on to one of your Strings for the first requirement. Weapons are easy to find, so be sure to grab one when you see it and hang on to it for the second requirement. You will likely run into enemies with boomerangs, or you can just buy / steal one from a store.

Make a donation ascend is the most difficult step, as you have to bring one up to the shortcut. Turkeys are very common, but they are weak. Rock dogs are much stronger, but it can be more difficult to find and tame them. An Axolotl works too, but be careful not to teleport inside a wall with these strange creatures. Just bring one of them alive at the end of 3-1 to complete the shortcut.

The 5-1 shortcut requirements are the hardest in the game, but they are certainly achievable with a little practice. Income 50 000 $ by the time you hit 5-1 can be difficult if you start with the shortcut 3-1, but using an earlier shortcut or starting from the beginning you should make sure you have the funds by the time you hit 5- 1 (if you reach 5 -1 that is). Ghost Jars, Golden Idols, and Scarabs are easy to earn, so go for them when you see them.

Hired hands can be found inside the coffins. Finding one shouldn’t be a problem, especially if you’re starting from an earlier shortcut or from the beginning, but keeping one alive until the 5-1 shortcut can be difficult. You can carry engaged hands, so pick them up and escort them out of danger if you encounter any obstacles. They can fend for themselves most of the time, but Spelunky is full of deadly surprises.

the Golden key is by far the most difficult condition for this shortcut. The Golden Key can be found in World 1, and you will need to take it to shortcut 5-1. You’ll have to hang on to it all the time, which means you can equip weapons or items. Just try to quickly go through each world, avoiding fights and enemies as much as possible. Don’t take too many risks. Get to the exit as quickly as possible. It will probably take a few tries, but eventually you will get 5-1. Playing co-op makes this a lot easier, as one player can keep the Golden Key while the others can use items and weapons.

The hardest part of Spelunky 2 is that your progress is never saved. If you die you have to start from scratch – the only thing you will get from practice is knowledge. Knowing how to conquer the many tricks and traps without dying. It’s ridiculously useful to just train on levels faster, especially since Spelunky 2 includes tough enemies like bosses.

This is why shortcuts are so important. Shortcuts aren’t exactly great for long run races, as you’ll lose money and other opportunities early on. But you’ll be able to practice more in later levels – and with a little creative gameplay, it’s possible to make it lower than before without all the hassle.