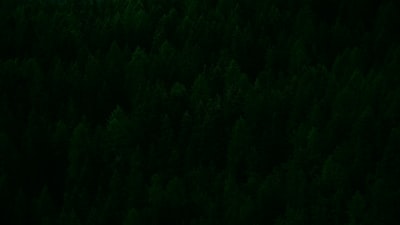 “With the combined power of Gravity + and the ELT, we’ll be able to determine how fast the black hole is spinning. No one has been able to do it so far, ”concludes the ESO press release at the end of the ESO press release Frank Eisenhauer, principal investigator of the Gravity collaboration and based at the MEP in Germany.

Astronomers have been observing for 27 years, especially with the instruments of the VLT of ESO, the movements of a star close to the supermassive black hole of the Milky Way. Called S2, this star has just provided a new test of general relativity by allowing the first demonstration of precession Schwarzschild with a supermassive black hole.

Almost five years ago we celebrated the centenary of the discovery of Einstein’s theory of general relativity. For decades, we have sought to refute it in favor of other theories of gravitation which, if they retain Einstein’s curved space-time well, use other equations to govern the metric of the gravitational field and possibly introduce additional fields, often scalar like the one associated with the famous boson de Brout-Englert-Higgs.

One of the strategies to try to separate these competing theories is to study what they predict regarding the movement of celestial bodies and the behavior of electromagnetic waves, via their frequencies and the trajectories of the associated light rays in a gravitational field. For that, it is necessary to find a solution of the equations of the gravitation which describe the space-time around a celestial body like, for example, the Sun. In the case of Einstein’s theory such a solution has been found to describe a star without rotation and rigorously spherical, or at least which can in practice be considered as such to be a good approximation in the situation studied.

It is about the famous solution of Schwarzschild, which was found to also describe in its complete version a black hole and this time rigorously. However, it turns out that we know of the existence of a supermassive black hole containing about 4 million solar masses in the heart of the Milky Way. We therefore have at our disposal an excellent laboratory to test the theory of general relativity as well as the theory of black holes. Researchers have been working on this for decades, in particular studying the movement of stars around this black hole associated with a radio source and which is called Sgr A *. While waiting for his first images that should provide the members of the collaboration Event Horizon Telescope, Reinhard Genzel, director of the Max-Planck Institute for Extraterrestrial Physics (MPE) in Garching, Germany, has just published an article in Astronomy & Astrophysics, available at arXiv, in which he presents with his colleagues the latest results of studies concerning Sgr A * that he has been pursuing for almost 30 years, notably with the instruments of ESO’s Very Large Telescope (VLT).

Observations from ESO’s Very Large Telescope (VLT) have for the first time revealed the perfect match between the motion of a star orbiting the supermassive black hole in the center of the Milky Way and predictions of Einstein’s general theory of relativity. Its orbit presents the appearance of a rosette and not of an ellipse as predicted by Newton’s theory of gravitation. This effect, dubbed the Schwarzschild precession, has never been measured for a star orbiting a supermassive black hole. This artist’s rendering illustrates the precession of the stellar orbit – the effect is exaggerated for better visualization. © ESO, L. Calçada

The first measurement of the Schwarzschild precession for a black hole

In this case, it is still measurements made with the one named Gravity and which Futura had already reported in the previous articles below. In an ESO press release, Reinhard Genzel presents the results in these terms: “Einstein’s theory of General Relativity predicts that the linked orbits of one object around another are not closed – unlike what predicts the theory of Newtonian Gravitation, but precedes forward in the plane of motion. This famous effect – observed for the first time in the orbit described by the planet Mercury around the Sun – was the very first proof of the validity of the theory of General Relativity. A hundred years later, we have just detected the same characteristic in the movement of a star orbiting the compact radio source Sagittarius A *, located in the center of the Milky Way. This observational result reinforces the idea that Sagittarius A * constitutes a supermassive black hole with a mass of around 4 million solar masses. “.

The star of which Reinhard Genzel speaks is famous as S2. It is located 26,000 light years from Solar system and in 16 years, it closes its orbit around the supermassive black hole of the Milky Way. According to lois de Kepler, it moves in an elliptical orbit, which speeds up due to the equations of general relativity, and its speed is greatest when it passes as close as possible to the black hole at a distance of less than some 20 billion kilometers, which represents 120 times the Earth-Sun distance. This speed is then dizzying because it is of the order of 3% of the speed of light.

To obtain a fairly accurate French translation, click on the white rectangle at the bottom right. The English subtitles should then appear. Then click on the nut to the right of the rectangle, then on “Subtitles” and finally on “Translate automatically”. Choose “French”. © European Southern Observatory (ESO)

Soon a measurement of the rotation of the black hole Sgr A *?

Astronomers have been measuring the movements of S2 for 27 years, which means that they have seen it initiate a second orbit around Sgr A * and therefore can effectively observe the effect they call the Schwarzschild precession. and this for the first time for a star orbiting a supermassive black hole. But there is better, as always explained in a press release from ESO Guy Perrin and Karine Perraut, the French astronomers responsible for the project as part of an international team led by Franck Einsenhauer of the MPE and which made it possible to obtain this spectacular result: “The measurements made on S2 are in such perfect agreement with the theory of General Relativity that we can estimate the amount of invisible matter, such as the distribution of black matter or the possible presence of smaller black holes around Sagittarius A *. This field of investigation is of definite interest for our understanding of the formation and evolution of supermassive black holes. “.

Paulo Garcia, researcher at the Center for Astrophysics and Gravitation of Portugal, another of the scientific managers of the project, recalls a result already obtained and which Futura had reported in one of the articles below: “Our previous result showed that the light emitted by the star undergoes the effect of General Relativity. Now we show that the star itself feels the effects of General Relativity. “.

In the near future, researchers expect to go even further by finding less bright stars closer to the Earth.event horizon by Sgr A *. This should be possible with theExtremely Large Telescope of ESO and we should have access to relativistic effects produced by the rotation of the black hole, an effect resulting from another solution of Einstein’s equations, that discovered in 1963 by the mathematician Roy Kerr and that gate her name. Not only would we then have access to a new estimate of the mass of the black hole but also, and for the first time, to the value of its cinematic moment if thestar compact is well rotated, which is very believable.

This wide field view in the visible domain shows the rich star clusters that populate the constellation Sagittarius in the direction of the center of our galaxy, the Milky Way. The entire image is filled with many, many stars – many of them, however, are obscured by clouds of dust and only reveal their presence in the infrared range. This view was made from photographs acquired in the red and blue wavelengths from the Digitized Sky Survey 2. The field of view is close to 3.5 degrees x 3.6 degrees. © ESO and Digitized Sky Survey 2. Acknowledgment: Davide De Martin and S. Guisard