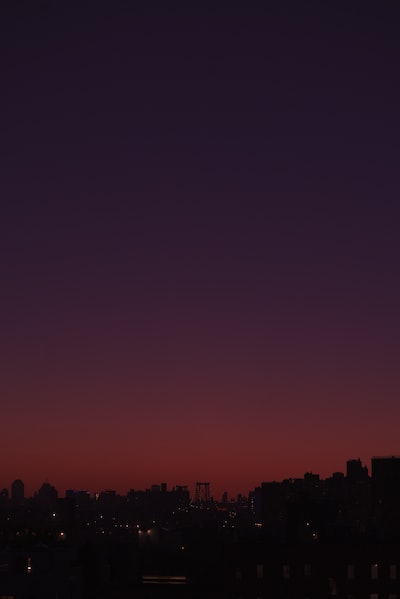 The existence of real black holes – in particular those described by the famous Kerr solution when they are in rotation – has just received additional confirmation by observing, thanks to the Gravity instrument of the Eso, Sagittarius A *, our supposed galactic supermassive black hole. This confirmation seems solid, although the last word on this has yet to be said.

The revelation of an image associated with the Milky Way’s supermassive black hole was expected by the end of this year thanks to theEvent Horizon Telescope (EHT). Image able to verify, or not, the validity of the theory of general relativity and its consequences, in particular the very existence of black holes with an event horizon. But a few weeks ago, the astrophysicist Sarah Issaoun revealed in an article on the site of the Italian Istituto nazionale di astrofisica, in short Inaf, for National Institute of Astrophysics, that we will have to wait for the year 2019.

However, an international team of European researchers led by Reinhard Genzel – the Max-Planck Institute dedicated to extraterrestrial physics (MPE), the Paris Observatory, the Grenoble-Alpes University, CNRS, the Max-Planck Institute dedicated to Astronomy, the University of Cologne, the Portuguese Center for Astrophysics and Gravitation (Centra), all members of ESO – has just announced that it has already achieved a spectacular result. This result confirms the existence of black holes and in particular of those in rotation described by the famous Kerr metric (a discovery by New Zealand mathematician Roy Kerr, in 1963) and which provide the basis for explanations of the nature of quasars.

The researchers explain, in an article available at Astronomy & Astrophysics (A&A), that they used the Gravity instrument fitted to ESO’s Very Large Telescope (VLT) Interferometer to observe the emissions radiation infrared polarized from the accretion disk that surrounds Sagittarius A * at the heart of our Galaxy. let’s remember that Gravity combines the light from the four telescopes of the VLT to create a virtual telescope 130 meters in diameter.

This simulation shows the orbits of a small group of stars located near the supermassive black hole in the center of the Milky Way. During the year 2018, one of these stars, named S2, passed very close to the black hole and was the object of an intense observation campaign using ESO telescopes. Its behavior conformed to the predictions of Einstein’s general theory of relativity – incompatible, however, with Newton’s theory of gravity.

As Futura had explained in a previous article (see below), the VLT and Gravity had already made it possible to pass remarkable tests to the theory of general relativity and to certain alternative theories of relativistic gravitation, in particular by studying the close movements of certain stars around Sagittarius A *. Most recently, it is the relativistic redshift of the light emitted by the star S2 in the gravitational field of Sagittarius A * – an object that we know, beyond a shadow of a doubt, to contain around four million solar masses – which had been demonstrated with Gravity, supporting Einstein’s theory.

Today, there is every reason to believe that Gravity observed bursts of infrared radiation from equivalents of solar flares but located at the level of hot spots in high-temperature plasma orbiting very close to the supposed horizon of the Kerr black hole, believed to be the Sagittarius A * radio source. However, if this is the case, these hot spots would be in matter moving at about 30% of the speed of light, in about 45 minutes, in a circular orbit very close to what relativistic astrophysicists call l innermost stable circular orbit (Isco). The relativistic stable circular orbit as close as possible to a black hole in this case, and which depends on the value of the angular momentum of the rotating Kerr black hole in addition to its mass. Below this orbit, it is the fall towards the black hole – a prediction characteristic of general relativity with this type of compact star – and which one does not find in the theory of gravitation of Newton.

The exceptional sensitivity of ESO’s Gravity instrument has provided further confirmation of the presumed existence of a supermassive black hole at the center of the Milky Way. New observations indeed stipulate the presence of swirling gas, and in particular a pocket of hot plasma, at a speed less than a third of that of light along a circular orbit encircling a black hole with a mass of four million solar masses. This is the very first time that matter has been observed so close to the point of no return.

The characteristics of this orbit and the radiation from the hot spots were discovered in part by serendipity while astrophysicists were primarily occupied with observing the star S2 (indeed, the existence of these packages plasma and their potential for the study of black holes had already been studied theoretically for years by Avery Broderick, now at the Perimeter Institute for Theoretical Physics and the University of Waterloo in Canada, and Avi Loeb of Harvard University). This discovery seems to be in perfect agreement with predictions deduced from the existence of a black hole with a space-time described by the Kerr metric, solution of Einstein’s equations of general relativity. We can deduce the mass of the black hole Sagittarius A *, which is moreover compatible with that already estimated, and in theory, but not yet in practice, the value of its angular momentum of rotation (it will be necessary to accumulate other observations eruptions in the accretion disk around the black hole).

This artist’s impression shows the trajectory of the star S2 passing near the supermassive black hole located in the center of the Milky Way. As it approaches the black hole, the star becomes increasingly reddish in color. This effect, predicted by Einstein’s general theory of relativity, results from the presence of a very intense gravitational field. On this graph, the blushing as well as the size of the objects have been deliberately exaggerated. © ESO / M. Kornmesser

It would therefore be, as the authors of the discovery insistently underline at the conclusion of their article, a confirmation of the validity of the theory of black holes in addition to obtaining the most precise observations to date of the matter orbiting so close to a black hole. This result will undoubtedly be consolidated in the near future as well thanks to the study of gravitational waves only by the results expected from the EHT observations, which will be complementary to those available with Gravity and which we will continue to collect. Conversely, these observations could show us that the theory of general relativity must be replaced by one of the many theories proposed for decades, to extend it and unify the laws of physics, and even that black holes do not exist in not, although it seems increasingly unlikely.

Observations carried out using instruments equipping ESO’s VLT in Chile led to the first successful test of Einstein’s theory of relativity near a supermassive black hole. In this case, it is a test with the spectral shift effect towards the red of the star S2 in orbit in the Milky Way around Sgr A *.

The Einstein’s theory of general relativity is more than a century old. Much more than for its discoverer, it testifies to the mysterious capacity of the human spirit to anticipate the structure of reality, far from the daily universe which accompanied the evolution of the brain d’H**o, based on mathematics that cannot be found there. Any confirmation of the predictions of general relativity can be seen as a triumph but also as a disaster because one eagerly awaits to be able to survey and understand new deeper and vaster aspects of the cosmos. This would be possible if Einstein’s theory showed its limits.