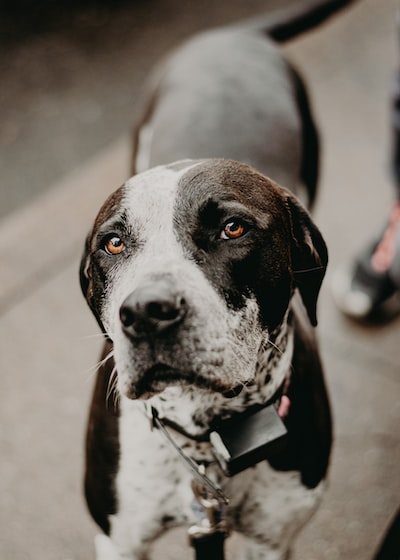 Much awaited by Tiplouf fans and considered one of the best games for many players, Pokémon Diamond Version and Pokémon Pearl Version return in “remakes” for Nintendo’s hybrid console: the Nintendo Switch. Simply named Pokémon Sparkling Diamond and Pokémon Sparkling Pearl, the Japanese firm has entrusted this adaptation not to Game Freak, studio creator and accustomed to the license but to ILCA, a Japanese company already at the origin of Pokémon Home, an application available on smartphones to trade Pokémon with the Nintendo Switch system. Announced at the same time as Pokémon Legends: Arceus, which will undoubtedly mark a historic turning point for the license, Pokémon Sparkling Diamond and Pokémon Sparkling Pearl therefore allow players to immerse themselves in a more traditional experience. Almost 15 years after the original version on Nintendo DS, does the magic still operate?

A chibi style for a risk-free remake

Originally released in 2017, the Nintendo Switch is now somewhat outdated technically, at least for titles that run under a detailed and greedy 3D engine. However and as was the case with the last episode of Animal Crossing, the console is still perfectly capable of handling games that use a colorful and cartoon style. With its chibi model, Pokémon Sparkling Diamond / Scintillating Pearl manage to easily make us forget the original 2D version in the form of boxes by an adorable 3D which will certainly make you crack and which will allow you to play a mythical game in more current conditions (in portable or docked). Because yes, Pokémon Diamond / Pearl Version are landmark games of the Nintendo DS generation. With 150 new Pokémon thanks to the arrival of the fourth generation, we were all convinced by the model at the time. Easily taking up the solid roots of the Game Boy Advance games, the games mainly brought online exchanges and fights, revolutionary features for the time, almost mandatory today * i to appeal to the greatest number of players. The attacks have been reworked on the aesthetic level and most of the animations, without being extraordinary, still have the merit of existing and bringing a significant plus to the original work. During our adventure, many bugs occurred (collision problem, Pokémon that follows us even on small paths for the bike…) but Nintendo is aware of the problems encountered and is deploying many patches. We were surprised during the fights by the beauty of certain backgrounds and the number of details that flourish in the middle of a fight (except for the fights against Team Galaxie…).

In terms of playability, we find strictly the same bases as 15 years ago. We are therefore entitled to a turn-based RPG, each Pokémon having the possibility of storing four different attacks. During your long adventure (about fifteen hours to complete the Pokémon League), you will have the opportunity to capture many Pokémon in order to improve your team. First “change” compared to the last opus, ILCA has decided to use the original capture system and not the one established by Pokémon Go. If the fans of the first hour will appreciate this choice, they will be less sensitive to the choice of Multi-Xp applied to the whole team, or at least on the non-possibility of deactivating this option. Indeed, this XP system has two definite advantages: allowing a Pokémon captured at level 3 (a Stunned not to mention it) to gain skills, to evolve without capturing its evolution and therefore to be able to build a real team and avoid farming to increase the levels of our Pokémon. Still, we don’t understand why the Japanese developers didn’t give trainers the option to turn off this option.

The Multi-Xp is not the only notable change on this opus. The emotional side of Pokémon is more important than at the time and these skills can at times be boosted. Taking the system from previous games, a Pokémon that feels the love of its trainer will tend to deliver critical hits more easily, heal itself from poison, dodge attacks or even resist attacks while keeping a HP. There are always various ways to seduce a Pokémon to make the most of these abilities: choose it as an excessive attacker, concoct Poffins for it or even use objects that facilitate this transmission of emotions. In terms of expected returns, the Pokémontre is present but not in the best possible way. Indeed, by pressing the ZR button on our Nintendo Switch, we have the possibility to display, on the large screen of our console, this invention that you will recover at Féli-Cité (the spoil). Despite everything, if we are delighted with its return, its operation is not the easiest and would have had the merit of being more worked out (even if it must be admitted, the two-screen format of the Nintendo DS lent itself very well to this gadget). Small change and not the least, the CS (Special Ability) can be used via this tool and it will therefore now be useless to charge a Pokémon weak in special abilities to advance in the adventure, an excellent point. Finally, the use of CT (Technical Capacity) is different from what the last opus offered since we are returning to the style of yesteryear with a single and not unlimited use of these CTs. To be used therefore with intelligence and parsimony.

Still tasked by Professor Rowan to complete the region’s Pokédex while simultaneously becoming a Pokémon Master, the story is identical to the original version. On your way, the minions of Team Galaxie will put you in the wheels and you will be forced to save the world by fighting its leader and restore the space-time balance. Needless to say that this story is sorely lacking in depth and that it has aged badly in its construction. On the other hand, we found with undisguised pleasure the different themes which made the happiness for these two opus. Remastered for the occasion, the soundtrack is simply magnificent; mixing epic and chill moments, we will even get a little frank grin when listening, for the first time, to the main theme, a big highlight of these two episodes. Importantly also, ILCA had the intelligence and delicacy to propose (finally) via the pause menu of the game the current objective on our map. We will now dare to disconnect from the game for a resumption a few days later without saying to ourselves “Where was I already?” “. Small change also on the side of our character since we now have the possibility of changing clothes via the Voilaroc store, something impossible in 2007.

Remake or remaster, there is only one step for these Sparkling Diamond / Sparkling Pearl Pokémon. If the graphic part was entitled to a nice correction, these opuses are based on the original modes while adding certain more or less relevant features. The Grands Souterrains of Sinnoh are notably one of the most successful novelties of this opus. Unlike original works, it will now be possible to capture more or less rare Pokémon, which will restore a certain interest. It will always be possible to create your own underground gallery, unlock precious stones or find fossils which, once restored, will turn into Pokémon. A real revolution when it was released in 2006, online multiplayer is still available with the possibility of exchanging Pokémon online / locally or competing in frenzied games. Important point to note, the Nintendo Switch Online subscription is mandatory to take advantage of the online features while the original experience did not require subscribing to such a formula.

During our journey and after carefully choosing our starting starter (Ouisticram for close friends), we took about fifteen hours to get through the Pokémon League and Cynthia, the last sage of Council 4. Of course, needless to say that the end-game is strong with in particular the possibility of going to Parc Rosa Rugosa (formerly the Parc des Amis), a place which is home to many legendary Pokémon that can now be captured. (the DS versions of the time did not allow it but offered via the GBA port to recover its Pokémon captured in the previous versions). While the content is very generous, we are however disappointed by the incomprehensible lack of elements of Pokémon Platinum Version. We also took care to test the Super Show Contest, the new Contest mode that left us hungry for more; finished the Dance, Style and Comedy tests and now place for a single test. The style of your Pokémon is now evaluated based on the effects applied to your Capscule Ball and the Poffins swallowed. The rhythm game is still available with the use of an ability but only on a turn.