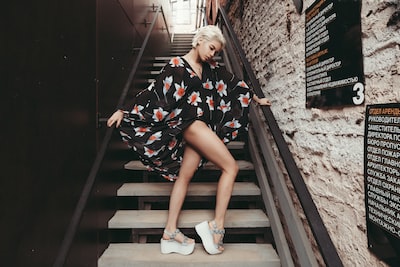 ASRock is the source of several Z690 motherboards including the Z690 Steel Legent. This reference is positioned on the mid-range in the Z690 offer dedicated to Intel’s Alder Lake-S processors.

One of its peculiarities is its support for DDR4 and not DDR5. It is presented through an ATX format dressed in a “camouflage” dress. The set offers a unique style combining two high contrast colors, white and black.

Its equipment promises the latest advances apart from support for DDR5 while arming itself to accommodate “gaming” components such as a muscular processor, a large graphics card and an M.2 PCIe 4.0 x4 SSD. In addition to all this, there is RGB everywhere and several heat sinks.

This Z690 Steel Legend is available in Wi-Fi version or not. For the moment, ASRock only offers it in DDR4 edition. One of its weapons to tackle the competition is its look. The constructor is playing a tricky card because the camouflage style has its effect but can be offensive.

It is always risky to offer a look outside the standard, it is a risk taking that we can only welcome.

In our eyes, the whole offers a worked and successful rendering especially at the level of the 6-layer PCB (2 ounces of copper). The marriage of white and black makes it possible to play on the contrast in order to highlight the equipment offering on its side white and silver.

The card has two large independent radiators around the socket to cool the 13-phase power supply offered through the Digi Power design.

The connection benefits from a housing combining plastic and brushed aluminum. The latter is present at the level of the two M.2 SSD heatsinks and the Z690 chipset.

To all this is added a global backlighting in the sense that we find it in several places on the map. It is present at the level of the rear connector housing, the chipset radiator, the Steel Legend logo and on the rear right side of the card. Light scattering is efficient and homogeneous.

As we pointed out, this Z690 Steel Legend supports DDR4. We manage a frequency up to 5000 MHz and more in OC. Its four memory slots allow installation of a maximum of 128 GB with support for XMP 2.0. This technology ensures rapid memory setting in the BIOS. The operation boils down to selecting the desired frequency and all the parameters are automatically updated.

We find a set of three PCIe x16 slots. The first reinforced is PCIe 5.0 x16. It normally accommodates the graphics card. The second offers PCIe 4.0 against PCIe 3.0 for the last. This trio is completed by two PCIe 3.0 x1. For cabling, it all depends on the number of PCIe x16s used. With a single graphics card, we find PCIe 5.0 x15 versus PCIe 5.0 x16 / PCIe 4.0 x4 or PCIe 3.0 x4 with two graphics cards. In this regard, the card is compatible with Quad CrossFire X and CrossFireX.

Our model is not equipped with Wi-Fi. An M.2 socket is provided for the installation of the Wi-Fi / Bluetooth module type 2230, Wi-Fi PCIe and Intel CNVi. The storage is based on eight SATA 3 ports of which only four ports are positioned at 90 °.

For audio, we find a Realtek ALC897 solution while the network offers 2.5 Gigabit wired via an RTL8125GB dragon chip.

The rear panel includes two PS2 ports, one HDMI output, one DisplayPort 1.4, two USB 3.2 Gen 2 ports (Type A and Type B), four USB 3.2 Gen 1 ports, one RJ45 (wired network), a small BIOS Flashback button and Jack Audio classics. On the other hand, it is a pity that the back plate does not hide the openings provided for the antenna connection.

The PCB is not equipped with Power or Reset buttons or even a debug display. Its shortcomings indicate that the playground of this Z690 Steel Legent is more gaming than overclocking. However, this practice is not prohibited for him.

BIOS is available through two modes.

EZ Mode offers a straightforward interface for quick setup. We can select the XMP profile, determine the start-up sequence, monitor ventilation, temperatures (processor and motherboard) or even choose the ventilation profile, activate Polychome lighting or launch Fan-Tactic Tuning for manage ventilation with precision until you set up your own curves).

We also have shortcuts for updating the BIOS. The internet procedure works perfectly. We did not encounter any concerns. You just have to wait and especially not to restart before the end of the process.

The Advanced mode is richer. It is aimed at advanced users with setting and optimization options for memory, processor, chipset, storage, on-board peripherals like USB, TPM or Thunderbold. You will also find all the options necessary for overclocking. It is possible to act on multiple things while taking control of the two types of cores for our Core i9-12900K.

The operating system is Windows 10 Pro 21H1 (64 bit). We carried out a battery of synthetic benchmarks and performance measurements under different software. Here is a summary of the applications used.

Electricity consumption is taken using a wattmeter. They correspond to the overall demand of the platform. We also tested several video games in 1440p and 4K in Full Option without Ray Tracing and without DLSS.