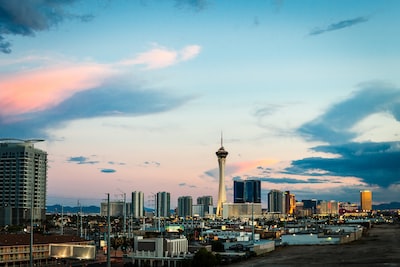 The Canadian hit a wall on Monday night at T-Mobile Arena and saw his winning streak curtailed to seven.

MDespite a good start to the game, the Montreal team had their hands full against the Vegas Golden Knights, who shot to a 4-1 victory in the first game of their Stanley Cup semi-final series.

The Golden Knights lead the series 1-0. The second game will be presented on Wednesday, still in Las Vegas.

Defensemen Shea Theodore, Alec Martinez and Nick Holden sounded the charge for the Golden Knights, who saw their squad rack up six points and 18 shots on goal.

“There are things we can do better, but two of their four goals came from face-offs,” noted the Canadiens’ interim head coach Dominique Ducharme. These are details, but yes, definitely we can do better. “

Mattias Janmark also moved the strings for the Golden Knights, who are making their way to the Stanley Cup semi-finals for the third time in four seasons of existence. Reilly Smith had two assists and Marc-André Fleury turned away 28 shots.

Fleury added a 90th career playoff win to her record, two behind Grant Fuhr and third in NHL history.

The Canadian had won seven straight games without ever falling behind to overthrow the Toronto Maple Leafs and Winnipeg Jets to claim the North Division title.

Theodore’s goal at 9:15 of the first period put the brakes on the Canadiens’ streak without trailing on the same run in the playoffs at 447 minutes and 8 seconds. This is the second longest streak of its kind in NHL history after the Habs’ 488:38 in 1960.

The Habs, who reached the quarterfinal for the first time since 2014, seemed to have difficulty finding a place afterwards. He also shot himself in the foot with four penalties late in the first period until halfway through the second period.

“I liked our first period. We could have taken the lead early and that could have made the difference, said Ducharme. I think the three or four penalties almost in line took a bit of the rhythm off us. “

Cole Caufield was the Habs lone scorer on the power play. Carey Price made 26 saves.

The Habs took eight shots on goal in the first 7:25 of play, before seeing the Golden Knights take control of the game. He unchecked eight more in the last 4:20, when the result was no longer in doubt. This leaves only 13 on the clock during the remaining 48:15 of play.

“Once we got through the first period, I liked everything about our game,” said Golden Knights head coach Peter DeBoer.

The Canadian was still without defenders Jeff Petry and Jon Merrill, as well as forward Jake Evans. The three trained on Monday morning and Ducharme reiterated that they could return to the game “early in the series”.

The Canadian started the match strong, but Fleury was uncompromising. The Golden Knights goalie notably frustrated Brendan Gallagher after less than a minute of play.

Fleury must also have been alert after struggling to control a Caufield throw from a tight angle.

Despite the Canadiens’ many assaults, it was the Golden Knights who opened the scoring after 9:15 of play. Theodore surprised Price with a long shot as the goalie had his eyesight blurry.

The Golden Knights doubled their lead after 2:18 of play in the second period. Theodore faked a slapshot before joining Martinez on his right. Price had compromised and Martinez was able to shoot into a gaping cage.

Price kept the Canadian in the game with a smoldering save about two minutes later. Price pulled out the mitt to frustrate Mark Stone after a two-man attack on a Golden Knights.

The Canadian finally scored at 12:05 on a power play. Caufield took advantage of a comeback from a Tyler Toffoli pitch and he scored by shooting into a fully open net.

Price pulled off another theft before the end of the second period, frustrating Jonathan Marchessault with his right pad after a cross pass from Stone.

The Golden Knights finally broke the Habs’ back when Holden scored with 9:54 to go in the third period.

Even though Price was replaced with an additional forward with more than four minutes to go, the Golden Knights closed the door.

“They did a good job finding the shooting lines and their attackers managed to come in front of the net to hide our goaltender’s view.”

Carey Price believes the Canadiens can take some positive action from this meeting.

“We had a good start and then they took control in the second half. But I think we showed in the first half that we can compete with them. ”

Phillip Danault believes the game could have taken a different turn early in the game.

“We could have scored a goal or two early in the game. Fleury was solid. When they scored, it gave them rhythm. ”

Marc-André Fleury credited the Golden Knights’ patience with surviving the storm early in the game.

“They spent a lot of time in our zone, there were a lot of people around the net. When we got out of it, started playing the way we wanted to, we took control. We also scored some big goals in the second period. It’s a 60-minute game. You have to be patient. We must not panic with what happens at the start of the match. “