SamaGame > Rift > [HOT] : The LoL guilds: It’s the return of the Clubs, but only on Wild Rift 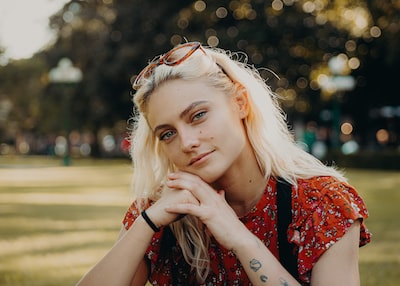 [HOT] : The LoL guilds: It’s the return of the Clubs, but only on Wild Rift

[HOT] : The LoL guilds: It’s the return of the Clubs, but only on Wild Rift

The PC game and its mobile version are starting to show their differences. As the divide widens, a novelty takes its toll appearance in Wild Rift, but not in League of Legends. Would the PC version be abandoned by the devs? here is big arrival of the guilds on LoL.

Guilds on LoL are coming to Wild Rift

The guilds remind us with nostalgia LoL clubs, so withdrawn from PC gaming in 2020 (yes in full confinement). For the moment, these famous guilds are arriving on the mobile version of the game, Wild Rift. Riot Games has yet to give details of a possible PC release, but it already looks like the idea is off topic.

Many players hope to find this much regretted system. A device that was used to group together players under the same name. They had a private room, managed it themselves, all the same with a chef at their head who had all rights to the room.

At the time, the studio had explained theend of clubs with the rise of other means of communication between players. Indeed, it is true that the clubs were less practical than a salon vocal Discord.

The function of LoL guilds is therefore quite similar to clubs. If everyone agrees that there is no problem with this addition to Wild Rift, one concern remains: Why on Wild Rift and not on League of Legends

But not on League of Legends?

The main reason raised by Internet users lies in the difference between the two games. What is true, League of Legends has been around for over 10 years, while his little brother on the phone has only been there since last year. Multitudes of updates follow their race on Wild Rift, the story of catching up a little his r **** d on LoL. For Riot Games, the two games are not the same not comparable.

Indeed, two MOBAs but two rather distant games. Even though the universe is the same, gameplay and tools differ. For example, we will be able to find the duo pool sharing on mobile, a voice chat available on the phone, exclusive skins for each platform… In short, the two games do not share the same functions, and this, for a long time.

The guildes de Wild Rift are therefore yet another novelty specific to the mobile version, even if it is modeled on an old function of the PC game. The developers seem however to have succeeded in optimizing what were formerly the clubs.

here are the details given by Riot : “Each week there will be a challenge: Guild versus Guild during which two guilds will fight in the name of a new champion. Guilds will battle it out on shared missions throughout the week for some pretty cool rewards. “

We therefore understand that the guilds will be anchored in a long-lasting event. Perhaps a first maneuver before put the club system back on the two games? Let us know what you think in the comments.