SamaGame > ART > [HOT] : THE PORSCHE TAYCAN TURNED INTO AN ART CAR FOR AUCTION FOR VIRTUAL CURRENCY 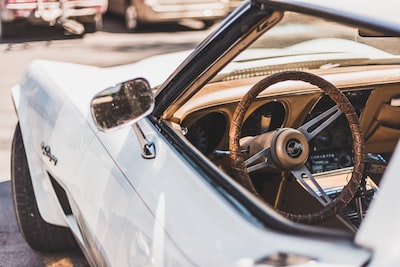 [HOT] : THE PORSCHE TAYCAN TURNED INTO AN ART CAR FOR AUCTION FOR VIRTUAL CURRENCY

[HOT] : THE PORSCHE TAYCAN TURNED INTO AN ART CAR FOR AUCTION FOR VIRTUAL CURRENCY

The Porsche Taycan, a source of inspiration for artists? After the painter Richard Philips or even the photographer Tomek Makolski, it is the turn of the Australian artist Nigel Sense to transform the electric sedan into a work of art. Commissioned by Porsche on the occasion of the seventieth anniversary of the brand’s presence in Australia, the painter produced a Taycan Art Car, creating a livery inspired by his usual work. The result is a very colorful Taycan, on which countless shapes mix. It almost looks like the electric Porsche comes out of a cartoon!

According to the artist himself, the shapes represented on this Taycan Turbo are “maps and lines that lead to the unknown”. The Australian painter wanted to transcribe “the moving sensation of movement, of going from one place to another, and this excitement of discovering what is beyond the horizon”. Porsche announces that exhibitions of this art car are planned. In the meantime, it is possible to have virtual images of these.

Because the specificity of this new art because presented by the manufacturer of Stuttgart, it is that it is possible to have an image of it by acquiring NFT, these virtual tokens which make it possible to acquire the certificate of authenticity. of a work. Photographer Derek Swalwell – also Australian – was therefore responsible for taking pictures of the Taycan customized by Nigel Sense, whose title deeds were auctioned as NFT. The starting price was 2 ETH, or € 7,098.1 at the time of writing.