SamaGame > Moon > [HOT] : They promise you the moon (but not before 2022): a brief overview of the upcoming missions 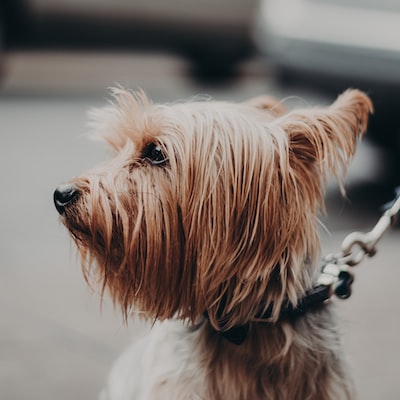 [HOT] : They promise you the moon (but not before 2022): a brief overview of the upcoming missions

[HOT] : They promise you the moon (but not before 2022): a brief overview of the upcoming missions

China, still on the moon …

You might as well start with a nation that had not promised a lunar mission in 2021, for the simple reason that it already has two operating on the lunar surface. Indeed, Chang’E 3 (on the visible face, 2013) still periodically sends data back to Earth, while Chang’E 4 and its small rover Yutu-2 have been visiting the hidden face since January 2019. The latter has already traveled more than 800 m with many stops for various scientific measurements. Above all, the most ambitious Chinese mission to the Moon took place in 2020, less than a year ago: the multiple modules of Chang’E 5 managed to land, then to collect 1.7 kg of samples. lunar cells before bringing them back to Earth. The latter are being studied in multiple laboratories around the world (but not in the United States, for lack of agreement from the latter).

China is to be cited in this article not only for its missions in the near past (the most remarkable around the Moon in the last decade) but also for their future… which goes beyond 2022. The next adventure towards our satellite should be Chang’E 6, scheduled for 2023 or more likely 2024. It will again be a sample collection, but this time near the lunar South Pole. Finally, China has invited Russia to participate in its concept of a future ILRS “lunar station”, although the roles of each for this ambitious project are still unclear.

CAPSTONE is on the way

And this path… it is long! NASA’s CAPSTONE mission (acronym for “Cislunar Orbit Autonomous Positioning and Navigation Experience”) has been postponed several times since 2019, and it is expected to be one of the first on this list to take off to the moon. in the next quarter. CAPSTONE is a 25 kg “12U” CubeSat satellite: so don’t expect the mission of the decade, but it will be nonetheless interesting. First, it will go to our satellite thanks to a light launcher, Electron from Rocket Lab (which will use a complex Photon propulsion platform to get there). It will also be the first lunar mission to take off from New Zealand, and the first to be able to navigate and locate in lunar orbit thanks to another NASA probe (LRO).

Last but not least, CAPSTONE’s mission will be to put itself into a so-called “HALO” orbit around the Moon. This is the orbit that the future Gateway station, a project initiated by NASA and that Europeans, Japanese and Canadians support with varying degrees of involvement, should use. The orbit of Halo, also called NRHO, would make an ideal bridge between a very elliptical Earth orbit, and a low lunar orbit, with little energy expended. CAPSTONE is expected to maintain this trajectory for at least six months. Departure for the moment scheduled for March 19 … if the mission is not once again postponed.

The American company, based in Pittsburgh, hopes to become the first to send its lander to the moon. Under a public-private contract with NASA to send its Peregrine platform to the surface (Lacus Mortis area), Astrobotic will embark almost 90 kg of payloads distributed between experiments of the American agency, and lockers purchased by different companies for marketing initiatives or small rovers: six are announced on the mission, but it remains to be seen how many will actually be ready in time for take-off. To take advantage of economies of scale, Astrobotic will take advantage of the services of the United Launch Alliance for its departure to the Moon, during the inaugural take-off of the Vulcan launcher.

But this is where the matter gets complicated: whether the Peregrine lander is ready or not does not matter because the rocket is not ready. ULA has not (yet) received the two BE-4 engines produced by Blue Origin which will propel Vulcan for its first space flight. And if the tests, according to the boss of ULA, go as well as one can imagine, they take time. Enough time for Astrobotic to lose its “top of the class” place?

Intuitive Machines is waiting for its turn

Like Astrobotic, Intuitive Machines has a contract with NASA for CLPS (Commercial Lunar Payload Services) missions with its Nova-C lander. The latter, which will weigh around 1.9 tonnes including fuel, should land between the Sea of ​​Tranquility and the Sea of ​​Crises on the visible side of the Moon. And to achieve this with its payloads, mainly dedicated to the American agency, Intuitive Machines relies on Falcon 9. A classic launcher, which takes off regularly. But this time, it’s the lander that is in r **** d: despite the 77 million dollars disbursed by NASA, several rumors of financial difficulties run on the company, which recently received new support from the agency for a second, then a third lunar mission. The departure for the Moon would be scheduled for the first quarter of 2022.

Nova-C will be accompanied by a strange little probe which will be put into orbit around the Moon. This is DOGE-1 (around 40 kg), the first mission entirely funded by the cryptocurrency of the same name (apart from that, it’s difficult to know what it will do there).

Artemis 1, the fairy of delays has passed again

On paper, Artemis -1 is one of the most enticing lunar missions of 2022. A large capsule, capable of carrying four astronauts, traveling for 3 weeks in a distant orbit around the Moon … and without passengers, to demonstrate the all of its qualities in order to repeat the experiment 2 years later with astronauts. Still, enthusiasm is difficult to find when the mission has accumulated more than 4 years of r **** d and there are still several stages before taking off. The fault in particular with the super-heavy launcher SLS (Space Launch System) which must succeed its first flight with this mission, but for which caution is in order, because the stakes amount to tens of billions of dollars.

Currently, the launch date of Artemis-1 is set for February 12, but many rumors are already pointing to new deadlines in December, following a few anomalies discovered on the engines section. It will be necessary in particular to watch for the “dress rehearsal” with a trip of the giant rocket to its LC-39B launch site, and tank filling tests which should take place in January. This will give a unique look at this behemoth, but also give a good idea of ​​its actual launch date. Some are already talking about April …

After the failure of the Vikram lander in the fall of 2019, which crashed into the lunar surface, India has not given much news of its Chandrayaan-2 orbiter, which is still active today * i . The country’s space agency, ISRO, had however promised a “catch-up” mission with a new lander. But that was before the COVID-19 crisis. The pandemic has hardly affected space operations in India, paralyzed for many months in 2020 as in early 2021 … while part of the launcher sector is in the midst of reorganization, and a failure on August 12 has weighed down the season. As a result, the lunar lander and the entire Chandrayaan-3 mission are no longer in the foreground, and the priorities are more focused on the (highly political) manned agenda. A take-off towards the lunar surface would be surprising in 2022 …

Luna-25 will not leave until July

Luna-25, also called Luna-Glob, is one of those missions that have been mentioned for almost two decades and which will finally take off for the Moon. Once announced in October 2021, it quickly became apparent that she couldn’t keep her schedule. It would be essentially a problem of resources (monopolized by the delays of the Martian project ExoMars joint with the ESA) rather than delays of development. Either way, the mission is eagerly awaited, although it can be expected to be postponed again. Luna-Glob has 9 scientific instruments (around 30 kg), but it should be noted that the mission is above all a diptych between technological demonstration policy.

Russia is counting on Luna-25 to recall that it is a leading space power capable of exploring the solar system, as well as to relive the glorious days of the Luna 1 to 24 missions which were, needless to say, remember, pillars of the race to the Moon. On the other hand, the aim is to show that Russia has the means to land safely on the lunar surface, an exercise which is not as simple as it seems. If the industrialist NPO Lavochkhine succeeds in this feat, Roscosmos should accelerate in the wake of Luna-25 the work of Luna-26 and Luna-27 (also called Luna-Resurs), a much more ambitious orbiter and lander, who should analyze the ground near the South Pole of the Moon.

Europe will not go before the Americans

In 2019, the European public was enthusiastic about the alliance between the small German structure PTS and ArianeGroup around lunar projects … At the same time that the European space agency made people dream with some independent projects such as the “European Large Logistics Lander” or the Herakles lander. However, these great initiatives remain for the moment in the definition and development phase: the equipment will wait until the American missions are better defined, until the Europeans have robotically or manned approaching the Moon as part of Artemis. Budgets being fixed well in advance, some are worried about the r **** d that Europe is taking, while NASA massively subsidizes its private sector so that it embeds its own experiments on the lunar surface. Yes: if European manufacturers want to show their know-how, ESA will have to take the initiative to carry out lunar missions. Or to hire the services of American partners, once again.