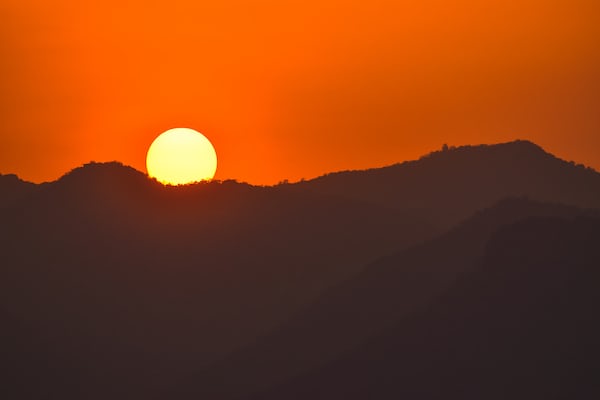 Evidence of a probable gigantic impact between what are probably two planets has been discovered by a team of researchers from different institutes in a relatively nearby star system, located 95 light years from us.
According to the researchers, who analyzed the traces of the gaseous remnants of this impact, it must have occurred between a planet of Earth size and a smaller one, about 200,000 years ago.

The impact occurred at a speed of 10 km per second.

It would therefore be a fairly recent impact, to such an extent that it was possible to analyze the resulting gas cloud. For example, the researchers calculated that it was a high-speed impact, of about 10 km per second.
The star system in question includes the star HD 172555, a very young star estimated to be around 23 million years old. By analyzing the traces of dust and gas around this star, the researchers suspected that it could be the vestiges of a big impact which occurred not long ago.

The impact likely wiped out the planet’s atmosphere.

More interestingly, according to the researchers, the speed of the impact likely wiped out much of the big planet’s atmosphere, which explains the sheer amount of dust and gas currently seen around the star.

Such impacts are expected to be very common

This is the first time that evidence of such an impact has been discovered, even considering our own solar system. In fact, scientists believe that, especially during the early stages of a star system’s formation, such impacts are quite common. Even within our own solar system, in fact, several such impacts are believed to have occurred between larger bodies, or even between planets. It is believed, for example, that the Moon was born as a result of an impact between the Earth itself and another planet, possibly the size of Mars.

Analysis of carbon monoxide around the star HD 172555

This is not the first time that clouds of dust and gas have been observed around a star, especially when it comes to very young systems. What intrigued astronomers in this case, however, was the makeup of the dust. The dust appeared to contain unusual amounts of unusual minerals in much finer grain than one would expect from a normal stellar debris disc.
The researchers therefore examined data from the large millimeter array in Atacama, Chile, to analyze carbon monoxide around HD 172555: “When we want to study the gas in debris disks, carbon monoxide is usually the brightest and therefore the easiest to find, ”says Tajana Schneiderman, an MIT graduate student and lead author of the study. “So we re-examined the carbon monoxide data for HD 172555 because it was an interesting system”.

They discovered that the level of carbon monoxide around the star was very high and that the star was rotating surprisingly close to the same star, about 10 astronomical units away. As the researchers explain, a small amount of carbon monoxide is usually expected so close to a star.
After ruling out the scenario that this gas would have come from a newly formed star and the one that it would have been produced by an icy asteroid belt, they came to the conclusion that it must have formed as a result of ‘giant impact: “In systems this age, we expect giant impacts, and we expect giant impacts to be very common indeed. Timescales work, age works, and morphological and compositional constraints work. The only plausible process that could produce carbon monoxide in this system, in this context, is a giant impact, ”she explains.