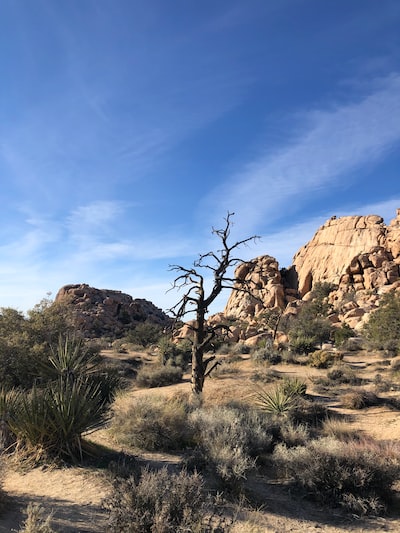 Many online platforms are unavailable this Wednesday afternoon due to an outage. For now, the dysfunction seems to come from Amazon services.

This Wednesday afternoon, around 4 p.m., many online services seem to be suffering from a general outage. Netflix, Twitch, and many online video games are affected.

Around 6 p.m., most services seem to have returned to normal, some gradually.

On the DownDetector site, over 13,400 incidents have been reported for the live streaming platform Twitch alone, which is completely inaccessible to the majority of users. Twitch services have also confirmed the outage on Twitter:

Figures similar to those reported for the PlayStation Network. At Amazon, only 1,500 incidents are reported.

An outage at Amazon

The DownDetector site specifies that the failure seems to come from Amazon Web Services, whose services host a large number of online platforms, especially dedicated to live broadcasting. This explains the specificity of the platforms concerned.

On the site, 22,460 incidents related to Amazon Web Services are reported. For the time being, the company has not yet commented on this subject.

On December 8, a similar blackout occurred. It had lasted about five hours, before a total return to normal. On December 10, Amazon detailed the reasons for the outage in a blog post. Broadly speaking, an identification problem had arisen between its main network and its multiple external networks. All this, leading to a surplus of connection which resulted in traffic jams and therefore severe slowdowns.

Twitch, Fortnite or GTA failure: the Amazon Web Services host at the origin of the difficulties

This Wednesday, December 15, since 4 p.m., many Twitch users or video game players like GTA or Fortnite have mentioned problems connecting to these platforms. Alerts on the Down Detector platform are increasing.

Until now relatively untouched by large-scale “bugs”, the online streaming platform Twitch seems to be impacted this Wednesday, December 15. Since 4pm, many users have complained of not being able to launch their “live” as usual.

The hashtag “Twitchdown” accumulates many posts on Twitter, while the Down Detector site, an online platform that provides users with real-time information on the status of various websites and services, posts a very large number of reports. By 4:30 p.m., there were already more than 5,000.

Twitch doesn’t seem to be the only platform impacted by an outage. On Down Detector, many video games – including GTA or Fortnite – are also the subject of numerous reports.

All these difficulties are said to be the consequence of a generalized failure affecting the host of these sites, namely Amazon Web Services (AWS). This is not the first failure suffered by this world leader in cloud computing. After being the target of a cyber attack in November, AWS experienced a technical failure in the aftermath.

For the moment, no precise information on the origin of the failure has been given. As for the service, it is still not restored for the moment.

Connections to Twitch and PS Now are currently disrupted due to an outage affecting Amazon servers.

The Amazon (AWS) servers on which a large number of sites are hosted are experiencing significant disruption. In principle, the failure is in the process of being resolved, but platforms like Twitch, PlayStation Now or Notion are still difficult to access. Strangely, the Amazon France site is not affected. The e-commerce giant probably has a backup server.

TROUBLESHOOTING ON TWITCH AND PS NOW

On DownDetector, the number of reports on Twitch has passed the 5,000 threshold.

Twitch teams have also posted a message on Twitter to indicate that they are investigating the problem.

We’re writing this post even as we kick off a live show on our Twitch FrandroidLive channel. If the platform has been completely inaccessible for a few minutes, it is now very slow and unstable, but usable.

On the PS Now, too, users are having problems. Sony’s service has seen the bar of 9000 reports exceeded on DownDetector.

Also note that Notion also shared a service post on Twitter to discuss the concerns and confirm that these were likely due to the AWS servers.

Twitch, Fortnite, GTA … Many video games and services down because of their host

Several Internet users are reporting a failure of the host Amazon Web Services (AWS), the Amazon subsidiary specializing in on-demand cloud services, hosting a number of video game servers, including GTA, Call of Duty, Fortnite, as well as streaming platforms like Twitch.

A failure spotted by the Downdetector monitoring site Wednesday afternoon from 4 p.m., and relayed by Internet users. So far, service has not been restored.

This is not the first failure suffered by the world leader. After being the target of a cyber attack in November, Amazon Web Services (AWS) experienced a technical failure a week later.

PlayStation Network (PSN) and Xbox Live are down, cannot play on PS4, PS5 and Xbox

Since mid-afternoon this Wednesday, December 15, 2021, the servers of many popular games and services such as Twitch, the Playstation Network, Apex Legends or even FIFA have been paralyzed by a massive outage. For now, the origin of the problem remains undetermined.

If you’re unable to watch your favorite streamer on Twitch or finish Top 1 on Apex Legends, rest assured, you’re not alone. From 4 p.m. this Wednesday, December 15, 2021, the servers of many popular games and services like Twitch and the Playstation Network are victims of a massive outage.

On DownDetector, a site specializing in identifying the various problems reported on the most popular games / services / platforms, complaints literally explode. Regarding the PSN, the site is already recording more than 8,400 reports, and it just keeps climbing. For our part, we have indeed observed difficulties in accessing the Playstation Store from the PS5.

The failure obviously affects many services. Twitch is totally out of service, just displaying “A network error has occurred”. Several popular titles are also affected, the majority being EA games like Apex Legends or FIFA. “I can’t even get to the home page,” said one player on the famous Battle Royale page. On Twitter, FIFA players claim to have lost the connection in the middle of the game. It has since been impossible to reconnect to the game’s servers.

And if the Playstation Network is concerned, Xbox Live also seems to be affected by this failure. Reports are also starting to increase on social media and on DownDetector. But more worrying still, AWS or Amazon Web Service servers are also affected.

The source of the problem could well lie there, with the platform hosting many popular services / apps / games. For the moment, the American giant has not yet officially reacted, but it shouldn’t be long before the problem continues and escalates. Of course, we’ll update this article as soon as we have more information on the origins of the problem.

New World: Amazon’s servers are down

Even though it is still possible to connect to New World, the servers are presumably unstable due to a widespread problem on Amazon’s servers.

At the time of this writing, no information has been given by the New World teams, or even Amazon. This general breakdown of Amazon services therefore creates instabilities on New World servers, but not that… Indeed, Twitch is not at its best of its form because of this mysterious outage.

So the problem is with Amazon and not with New World or your computer.. People at Amazon are undoubtedly correcting the problem in order to restore Twitch, New World, and other services offered by the Amazon company.

The developers are in the process of analyzing the origin of the problem, even if it is obvious that the problem does not come from the game. People in charge of correcting Amazon’s global servers have published messages on the dashboard in order to ‘explain thata solution is in progress, but it will take time to reestablish the connection to the different servers. As a result, the condition will gradually improve. Much more information will be given in the next few hours, after the reinstatement of the Amazon servers.