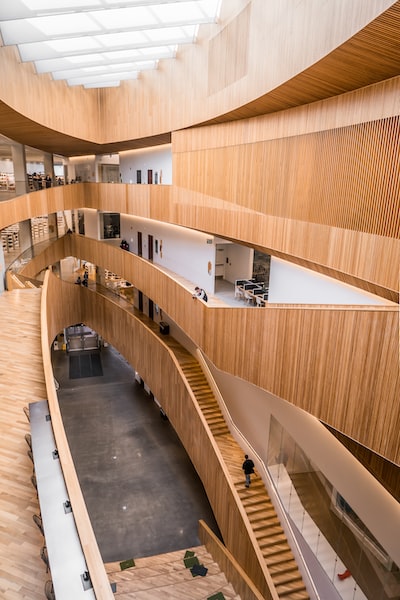 Ukraine’s central bank decided to support the development of the cryptocurrency industry after the Ukrainian parliament passed a major cryptocurrency law in early September.

The National Bank of Ukraine (NBU) on September 13 issued an official statement on the basic principles of monetary policies for the coming year, paying special attention to the regulation of cryptocurrencies.

The central bank stressed that the NBU recognizes the importance of technological innovations associated with virtual assets and sees “many promising opportunities” such as improving access to financial services and intensifying competition in the financial market. payments.

According to the NBU, cryptocurrencies like Bitcoin (BTC) have so far had no significant impact on Ukrainian monetary policy and financial stability due to their current ‘relatively limited’ level of adoption and the strong price volatility.

However, as the bank is confident that higher adoption growth will ultimately make cryptocurrencies less volatile, the NBU will take some steps to ensure financial stability. As such, the NBU will “give appropriate attention” to monitoring the risks of rapid adoption of crypto, particularly targeting private stablecoins, a type of cryptocurrency linked to an underlying asset such as ‘a fiat currency or a precious metal.

According to the bank, cryptocurrencies over time present a potential risk of replacing the national currency and “the emergence of parallel monetary circulation” beyond the control of the NBU. Other risks include foreign capital outflows, money laundering problems and the “traditional banking displacement” as a whole.

In order to minimize these risks, the NBU will ensure that the Ukrainian hryvnia is the only legal tender in Ukraine, the authority said, adding that the central bank would remain committed to promoting cryptocurrencies at the same time, stating:

“The National Bank will endeavor to put in place a system offering transparent and understandable state regulation which will promote the development of a fair and efficient circulation of virtual assets.”

The NBU has also indicated that it will continue to study the international experience regarding the development of a central bank digital currency (CBDC). As previously reported, Ukrainian President Volodymyr Zelenskyy signed a law officially authorizing the NBU to issue a CBDC in July 2021.

The news comes after Ukraine’s Verkhovna Rada passed the “Virtual Assets” Bill on September 8, granting legal recognition to cryptocurrencies like Bitcoin. Although it does not recognize Bitcoin as legal tender, the law still allows payments based on cryptocurrency by converting crypto assets into fiat, according to some government officials.

How to track Bitcoin whale movements?

In the world of cryptocurrencies, there are many terms that at first glance may seem difficult to understand, but we all go through this step at some point. In this case, we wanted to introduce you to the concept of Bitcoin whales, their importance, and how to track or monitor their activity and movements.

What is a Bitcoin whale?

For starters, a Bitcoin whale is a person or entity that owns large amounts of BTC. Whales in theory have enough cryptocurrency to manipulate BTC valuations if they so choose. At least in terms of potentiality, they could. However, that doesn’t mean that’s always the case.

Since large holders may try to sell their assets in small amounts over a longer period to avoid drawing attention to themselves, they can distort the market, causing the price to rise or fall unexpectedly. Whales create the conditions for speculation among small fish, which can lead to a vicious cycle in which prices are disengaged from underlying fundamentals.

How to track Bitcoin whale movements?

Tracking or monitoring whale activity allows us to see their trading patterns. If the Bitcoin whales reduce their holdings as the price rises, it could be inferred that the top of the market could be near, especially if retail traders increase their holdings during the same time period.

There are many ways to track Bitcoin whale activity or movements, but here are some of the most common or relevant.

When it comes to watching for whales, we make sure they contain a minimum of 1000 BTC. These wallets can be identified on the blockchain and then monitored to see their activity. Any inbound or outbound transaction to / from these portfolios may be of interest to market participants. An additional metric that can provide useful information is the overall increase or decrease in the number of eligible portfolios.

Exchange portfolio transactions: Since exchanges are the most common trading platforms, any movement of coins from a whale to a known exchange wallet usually means that the entity has deposited coins into your exchange account and has l ‘intention to trade them in the short or medium term. A large deposit of BTC usually implies that the whale is considering selling coins in the market, while a large deposit of a stable coin, such as USDT, may indicate a possible buy. Exchange transactions to wallet: Large cryptocurrency holders almost always prefer long-term storage because of its higher security. This means that a large withdrawal from a wallet when trading for a whale wallet may indicate that the entity does not intend to sell those coins in the short term. They also reduce the supply of coins on the exchanges and can lead to price appreciation, especially in times of high demand. Transactions between portfolios: Trading aside, whales often act for privacy and liquidity reasons, as OTC trading services can often handle large trades while alleviating liquidity issues. OTC transactions are largely untraceable and their price effects are often not as great as those of regular transactions. However, a large transaction from one whale wallet to another could be an OTC transaction.Bitcoin Whale Alert

It should be noted that while the above is true in many cases, these transactions do not guarantee any specific outcome. For obvious reasons, whales are aware that their transactions are being tracked. Therefore, they can only trade in this way to trigger reactions in the market. This is why we are showing you some tools that can help you see these movements more easily.

Whale Alert is a Twitter account and website that posts important transactions on major blockchains and also marks well-known wallet addresses. The service has API functionality for those who want to customize their data collection. However, the Twitter posts should be sufficient for general follow-up.

This tool makes it easy to monitor blockchains and whale movements. In that sense, it acts as a sort of database.

Analytics platforms have emerged over the years that do all the work for their users and provide access to many advanced metrics and filtering options. Some of the more popular resources are CryptoQuant and Glassnode, both with custom metrics. However, no platform is completely accurate, and there are cases where data is incorrectly attributed to certain entities. Your whale measurements can easily be used for different purposes, but you can view them anytime.

Another topic we love to talk about is Whalemap on Twitter and on their website. It is one of those data analysis platforms, but specializes in Bitcoin whales.

Whale tracking can help you understand and contextualize market movements and patterns. However, your investment and trading decisions should not depend solely on these methods. While tracking whales can give you an advantage, it is not the most reliable information. Ultimately, your investing and trading decisions should be informed by your own research, and not just by monitoring the movements of the Bitcoin whales.