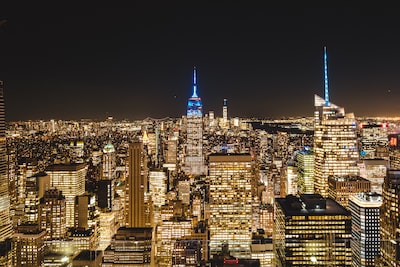 [HOT] : VPN selection: the top offers at CyberGhost, NordVPN and Surfshark during the French Days

[HOT] : VPN selection: the top offers at CyberGhost, NordVPN and Surfshark during the French Days

For the French Days , find the best deals on VPN subscriptions. Treat yourself to the best at the lowest price by subscribing to a VPN deal during this promotional period. Between CyberGhost, NordVPN and Surfshark, make your choice according to your criteria and your budget.

The 3 VPN offers to grab on promotion for the French Days:

It is essential today * i to ensure its safety online. Simple negligence can cost you dearly. Take no more risk now by opting for one of the three offers that we offer in this special VPN selection. Treat yourself to the luxury of an encrypted connection and become invisible on the web without breaking the bank.

CyberGhost VPN is 15 years of experience and a reputation for high reliability. With this offer, you will benefit from a nice reduction on the basic rate by opting for the 2-year subscription. This formula allows you to benefit from an 84% discount as well as two free months.

Compatible with many OS such as Windows, macOS, Android, iOS or even Linux, you will be able to protect up to 7 devices with a single subscription. Suffice to say that you will not leave any door open whatsoever on your PC or on your smartphone. Your IP will become that of your server, regardless of its location. You may appear to be in Canada while you are still in France.

During French Days, NordVPN celebrates International VPN Month. Very good opportunity for us to find a good plan for our readers. The specialist in private server networks offers us a 72% discount on its 2-year subscription. As a bonus, you will benefit from 3 additional months. And to be sure of your choice, you have the “Money Back Guarantee” for 30 days.

NordVPN has a vast network of 5,400 secure machines spread all over the world. The connection speed is among the best with an average of 6,730 Mbit / s. You will have the WireGuard protocol to maximize the quality and speed of the connection. A flow largely sufficient to watch streaming videos in HD or 4K but also to surf or download files.

Your 2-year subscription allows you to protect up to 6 devices whether they are computers, smartphones or even tablets. No loopholes in your online security should remain. Become invisible, you will appear on the web under the IP address of the connection server and not under your own. Your location will be invisible.

See the Surfshark offer at € 1.93 per month with 2 months free

We end this selection of the best VPN deals with Surfshark’s proposal. The shark has long teeth and offers no less than 83% discount on its subscription as well as 2 free months as a gift. One of the main differences with these two competitors, and what is its strength, is the unlimited number of devices that can be protected with a single subscription. Whether you need to secure 2, 3, 10 or 15 devices, it doesn’t matter. Surfshark is the ideal solution for large, hyper-connected families.

Protect all your clan’s mobile devices as well as computers without having to think about who needs to be. For only € 1.93 per month, which is cheaper than a terrace café in Paris, you will secure your Internet access. In addition, the quality of the connection and its speed make it an excellent choice.

Bypass malware and phishing attempts with your VPN and bypass the influence of advertisers who constantly stalk you on the web. Surfshark helps you become invisible by taking shelter behind its many secure servers.

The Autumn French Days take place from Friday September 24 from 7 a.m. to Monday September 27 until midnight. True French Black Friday, this event is an opportunity to take advantage of great promotions at Amazon, Cdiscount, Fnac, Darty or Boulanger.

To not miss any offers, follow the French Days live with the special live of the event. And above all, remember to refresh the page to see the latest tips published.

Our selection of unmissable good deals

Like every year, Clubic is setting up a special French Days system to share with you the best offers available online. Discover our good deals and our selection of promotions not to be missed today * i!