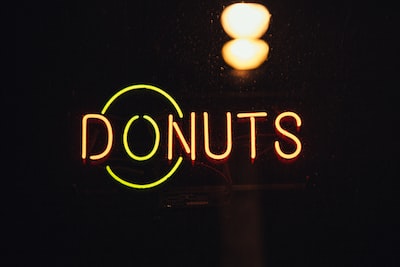 [HOT] : When Instagram deletes the account of the artist Metaverse in favor of his parent company (PART ONE)

[HOT] : When Instagram deletes the account of the artist Metaverse in favor of his parent company (PART ONE)

This was to be expected: following the change of the name of Facebook’s parent company to Meta, the firm is allowing itself several abuses with other brands that use the same name.

Choosing a name as generic as Meta can be problematic for a company, and even more so when it has as much power and clout as Facebook.

The brand proved it quite quickly by going through Instagram to delete the account of the artist Thea-Mai Baumann, known until now on the social network as Metaverse.

An account created in 2012 by the artist who is also the founder and executive director of the hologram brand Metaverse Makeovers. The account thus mixed professional and personal elements on the artist’s life and since it was created long before Facebook decided to change its name, it is obvious that the troll was not appropriate …

Without any prior warning, the account was purely and simply deleted, thus erasing ten years of publications and memories as well as exchanges with Internet users …

The case, which was reported by the New York Times, challenged Instagram, which indicates that the account was deleted by mistake for identity theft, and that it will soon be reinstated. Instagram has apologized.

Thea-Mai Baumann for her part said she was “worried” to see the big groups grabbing the metaverse and regrets that her culture is thus “corrupted by the kind of Tech Bros of Silicon Valley who lack both vision and vision. ‘integrity.”

In October, Thea-Mai Baumann, an Australian artist and technologist, found herself sitting on a top-notch website. In 2012, she started an Instagram account with the handle @metaverse, a name she used in her creative work. On the account, she documented her life in Brisbane, where she studied fine arts, and her trips to Shanghai, where she started an augmented reality business called Metaverse Makeovers. She had fewer than 1,000 followers when Facebook, Instagram’s parent company, announced on October 28 that it was changing its name. Now Facebook would be known as the Meta, reflecting his interest in the Metaverse, a virtual world he sees as the future of the Internet. In the previous days, as the rumor circulated, Baumann began to receive messages from strangers offering to buy his Instagram account. “You are now a millionaire,” wrote one person in her account. Another warned, “fb isn’t going to buy it, they’re going to take it.” “

On November 2, that’s exactly what happened. Early that morning, when she tried to log into Instagram, she discovered that the account had been disabled. A message on the screen read: “Your account has been blocked for pretending to be someone else. “

Who, she wondered, was she supposed to be posing now after nine years? She tried to verify her identity with Instagram, but weeks went by without a response, she said. She spoke to an intellectual property lawyer, but could only afford a review of Instagram’s terms of service.

“This account is a decade of my life and my work. I didn’t want my contribution to the Metaverse wiped off the internet, ”she said. “It happens all the time to women in tech, to women of color in tech,” added Baumann, who has Vietnamese heritage. She launched Metaverse Makeovers in 2012. When a phone running her app was placed over one of the intricate real-world nail designs created by her team, the on-screen image showed holograms “popping up” ” nails. This was before Pokémon Go, before Snapchat and Instagram filters were part of everyday life.

She saw the potential to expand technology to clothing, accessories and beyond, but her investment ran out in 2017, and she returned to the art world.

Meanwhile, Facebook CEO Mark Zuckerberg was investing heavily in his own futuristic vision of the metaverse – what he called “an embodied Internet where you are in the experience, not just looking at it.”

“The metaverse,” Zuckerberg said when announcing his new company name, “will not be created by one company.” Instead, he said, it will host a range of creators and developers with “interoperable” offerings.

“He built Facebook by creating a platform where other businesses meet their customers,” Doctorow said, “but where Facebook structures the whole market, reserving the right to destroy these businesses through negligence, malice or incompetence. “.

“Facebook has unlimited discretion to appropriate people’s Instagram usernames,” said Rebecca Giblin, director of the Australian Institute for Intellectual Property Research at the University of Melbourne. “There may be good reasons for this – for example, if they are offensive or pose as someone in a confusing way. “

“But the example of @metaverse highlights the extent of that power,” she said, adding that under Facebook policies, users “have essentially no rights.”

On December 2, a month after Baumann first took to Instagram to restore his account, The New York Times reached out to Meta to ask why it had been closed. An Instagram spokesperson said the account had been “wrongly deleted for impersonation” and would be restored. “We are sorry that this error has occurred,” he wrote.

The spokesperson did not explain why he was reported for impersonation, or who he might have impersonated. The company did not respond to further questions on whether the block was related to Facebook’s rebranding.

Now that her narrative has been resurrected, Baumann plans to incorporate the saga into an art project she launched last year, P∞st_Lyfe, which deals with death in the Metaverse. She is also considering what she can do to ensure the Metaverse becomes the inclusive place she said she tried to help build.

“Because I’ve been working in the Metaverse space for so long, 10 years, I just feel worried,” she said. She fears, she added, that her culture is “corrupted by the kind of Silicon Valley tech brethren who I think lack vision and integrity.”

An artist told the New York Times that Instagram deactivated her @metaverse account after her parent company Facebook changed its name to Meta. Australia-based Thea-Mai Baumann told The Times that she has had an Instagram account since 2012 with the username @metaverse. She posted on her account information about her augmented reality company, Metaverse Makeovers. The app allowed users to try out holographic nail designs.

But on November 2, five days after Facebook announced its name change, Thea-Mai Baumann reported that Instagram had turned it off. “Your account has been blocked for pretending to be someone else,” read a message on the app. She tried to get responses from Instagram, including the identity of the person she was accused of playing, to no avail.

It wasn’t until a month later that The New York Times contacted Meta to find out what had happened. An Instagram spokesperson told the newspaper the account was “wrongly deleted for impersonation”. “We’re sorry this error occurred,” they said, without specifying why Thea-Mai Baumann’s profile had been disabled for impersonation. The account was reactivated two days later.