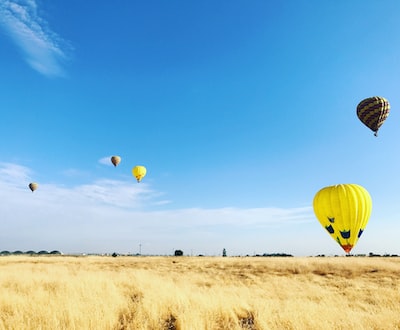 Ahri is too powerful at all levels of play, so we restrain her for a while.

We can now make using Akshan’s Heroic Soar more enjoyable in obtuse angles (greater than 90 °). In addition, there are some improvements that will allow Akshan players to make better decisions regarding his ultimate skill.

Annie’s ultimate skill is overly generous in that it stuns targets at long range. It is currently too easy for him to hit multiple enemies in a single use. We are decreasing the radius and damage of the initial summon of Tibbers. To compensate, we are removing the power from his (3) Molten Shield to empower the bear itself and make it a greater threat.

Ashe doesn’t really meet her goals. We are therefore strengthening the slowing of his passive skill to help him harass his opponents and support his allies.

Aurelion Sol has become a safe and powerful choice in the middle lane. We are reducing his base armor and the mobility he derives from Celestial Expansion to allow counters.

Camille dominates in multiple positions for the more skilled players, and we think she’s too adaptable. We’re removing his ability to quickly clear the jungle. The second activation of Hookshot no longer hits jungle monsters. It also disables Camille’s ability to trigger Grapple’s Attack Speed ​​Buff. Thus, his presence in the jungle is more risky and will have to rely on the ganks to succeed.

Diana is close to being a viable jungler. We’re just giving him a boost to help him achieve that goal.

Players have told us that Fizz’s Ultimate Fish doesn’t match his hitbox. And it was not an April Fool’s Day! We are fixing the bug to make it easier to position yourself.

Galio’s support / tank build works a little too well at all skill levels, making him a very versatile choice. We’re weakening his (2) Shield of Durand a bit so that playing styles that invest in him early on are a little less effective.

Gragas is an overwhelming choice in professional games due to its versatility. It’s always nice to see experienced Gragas players helping their team by pushing back the enemy with power, but his (Ultimate) Exploding Barrel deals too much damage and is available too frequently early in the game.

Jarvan’s banner / slide sequence is a bit rough, so we’ve made it a bit smoother.

Jhin has an acceptable power level in a lot of ways, but his utility strength is a bit lower than we’d like.

We think Kennen is close to having a proper role in the meta. However, he still has no place in high-level games. We’re boosting her laning phase by increasing her base attack damage and increasing the bonus movement speed of her Lightning Rush.

Lee Sin is a powerful and popular jungler who is particularly dominant at high level. To reduce the speed at which he can destroy his targets, we’re gently reworking his Soul Strength so that it lasts for two attacks, but does less damage with each hit.

Lux almost hit an ideal balance in the middle lane. We’re helping him complete his progression by improving the growth of his Ultimate Skill to reward high power builds.

Nunu and Willump’s power levels have been out of control since the duo became available. As players understand how the boy and his yeti work, they have become a threat to all players at all levels of play. So we are lowering their survivability and the speed at which they clear the jungle.

Pantheon struggles to find his place on the Baron’s path in high-level games. We are therefore reducing the cooldown of its (Ultimate) Meteor to give experienced players more opportunities to have an impact on the flow of the game.

Riven is too powerful in multiple roles, we take this opportunity to tackle two elements of frustration for players facing Riven: her early game damage and the availability of her defensive abilities.

Séraphine gets the same improvements as its PC version. Starting with the maximum Echo effects means she has a few more options at level 1.